Man hit by bus on Alpine Way dies in hospital 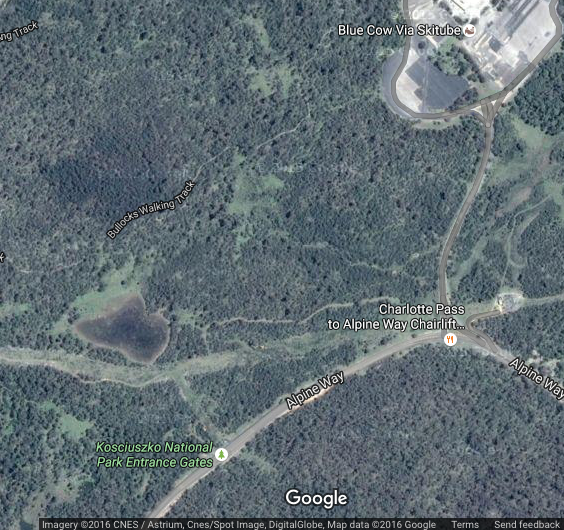 A man has died in hospital after he was hit by a bus crossing Alpine Way near Kosciuszko National Park earlier this month.

At about 3.30pm on Friday 5 August 2016, the 73-year-old man parked his car near the entry to the National Park at Bullocks Flat, and attempted to cross Alpine Way.

A bus travelling east along the same road hit the man.

Officers from Monaro Local Area Command conducting random roadside breath testing nearby went to the assistance of the man, before he was airlifted to The Canberra Hospital to be treated for head injuries and a fractured leg.

The male driver of the bus was not injured and taken to Cooma Hospital for mandatory testing.

A report will be prepared for the Coroner. No further police action is expected.

Johanna Elizabeth O'Rourke - 2 hours ago
Thinking of his family, especially Will and Tom.xx View
Jeanne Mclauchlan - 4 hours ago
Vanessa Schultz Hi Vanessa, it is very sad time for all, regards Jeanne View
John Steggall - 6 hours ago
When asked 'what makes you such a good player?' Spider said 'every game I have to show that I am the best player on the field... View
Motoring 46

James Dof - 6 hours ago
I was catching a lot of public transport before covid even though I have a car, one reason was it's cheaper, other reason was... View
James Dof - 6 hours ago
Each to their own I guess, I take the bus because it's cheaper than driving. though I have caught the train and it's much mor... View
JC - 8 hours ago
The great dividing range is not an issue and is not one that needs to be tunnelled through. I’m sure you have driven the Hu... View
News 3

Spiral - 8 hours ago
"He was convicted of mishandling classified information that potentially revealed the identities of agents". I agree his puni... View
Acton - 10 hours ago
This is not the first time defence personnel have been caught mishandling classified material, but the harsh circumstances of... View
Spiral - 10 hours ago
"“J” has well-grounded fears that he might be targeted by foreign intelligence agencies" That certainly sounds like he ha... View
News 27

Trish Roberts - 10 hours ago
Yes. Does not want to hear the opinion of older people. Well, one day, if he’s lucky enough, he’ll get old, too!... View
News 8

nigefromfarrah - 11 hours ago
Constructing the city to lake project was a labour commitment at the 2016 election. They won, enough debate, get on with it.... View
Property 8

nigefromfarrah - 11 hours ago
Sorry but No part of this will be affordable !! View
Best of Canberra 139

rhona1212 - 13 hours ago
I would like to recommend Canberra Blocked Drains Services for not disappointing us. Two plumbers came before them but failed... View
Business 4

UPDATE - 1 June: Police have now arrested a man and a woman, and recovered a weapon, in relation to a...
Sport 10

Property behemoth Geocon has been accused of putting profit before children's lives by refusing to compromise with the YMCA Early...
Community 147

The longstanding saga of Braidwood’s historic highway entry lined with golden and Lombardy poplar trees is progressing to the next...
News 17

@The_RiotACT @The_RiotACT
The Canberra Short Film Festival is celebrating 25 years and forging ahead with cautious optimism, calling for entries for this year’s event https://t.co/NI0mXRpIxo (2 hours ago)

@The_RiotACT @The_RiotACT
Prescribed burns will occur over the next few weeks to reduce bushfire risk in the ACT. The ACT's fire management unit shared its insights with Region Media into fuel management & hazard reduction ahead of the next bushfire season https://t.co/3FlHtKHsF5 (3 hours ago)

@The_RiotACT @The_RiotACT
The Greens & the Shooters, Fishers and Farmers Party have both announced candidates for Eden-Monaro as the race heats up. And with just over a month until the by-election, how will COVID-19 affect what could well be a tight race? Genevieve Jacobs has more https://t.co/HBSmZSAw63 (4 hours ago)