In uncertain times,
we give you certainty.
17 November 2022 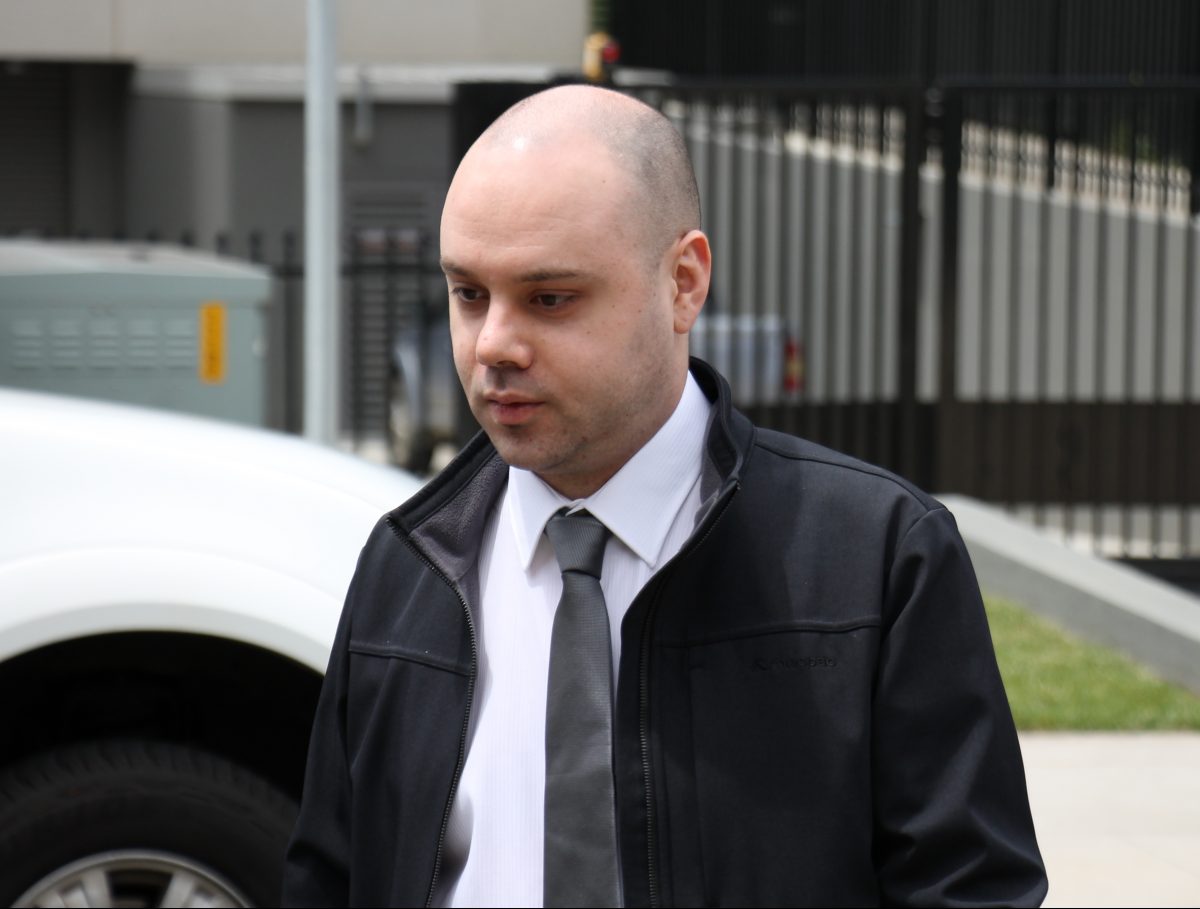 Thomas Matthews is released on bail on Wednesday after spending 495 days in custody. Photo: Albert McKnight.

The driver who crashed his car into a group of police officers standing beside the road was originally accused of supporting the Islamic caliphate and wanting to kill cops, a court has heard.

Thomas Matthews, then aged 30, was arrested after the incident on 11 July 2021 and originally charged with three counts of attempted murder.

The three officers had been conducting a traffic stop near Canberra’s National Arboretum when Matthews crashed his car into them.

He pleaded guilty to two counts of causing grievous bodily harm by a negligent act when he appeared in the ACT Supreme Court on Wednesday (16 November) before Crown Prosecutor Beth Morrisroe flagged that the prosecution would be filing a notice to say it would not proceed with the remaining charges.

Matthews then applied to be released from custody on bail, during which Justice David Mossop said the case statement for the matter had originally claimed his alleged motivation included support for the Islamic caliphate and a desire to kill police.

Tom Taylor of Hugo Law Group, representing Matthews, said those particular allegations from the statement would not form part of the facts for sentencing, which were still yet to be agreed.

He said the matter had come a long way since the case statement was prepared and there were now two important pieces of expert evidence.

A psychopharmacologist said the effect of the medications Matthews was on at the time contributed to his impaired driving, while a crash investigation report showed he applied the maximum amount of force possible to his car’s brakes just before hitting the officers.

Mr Taylor said his client, who was diagnosed with schizophrenia two months before the incident, had been on an excessive level of medications while under a psychiatric treatment order, the combination of which had impaired his driving.

His mental health condition had now been stabilised and he was appropriately medicated.

Mr Taylor said the negligent act his client pleaded guilty to had two aspects: continuing to drive even though he knew he didn’t feel well due to the medications and the manner in which he steered his car off the road.

Matthews has already spent 495 days in custody since his arrest.

When granting bail, Justice Mossop noted how the yet-to-be-agreed facts would no longer contain allegations of an intent to kill police due to support for a caliphate and said it was “clear the nature of the case against him has very substantially changed”. 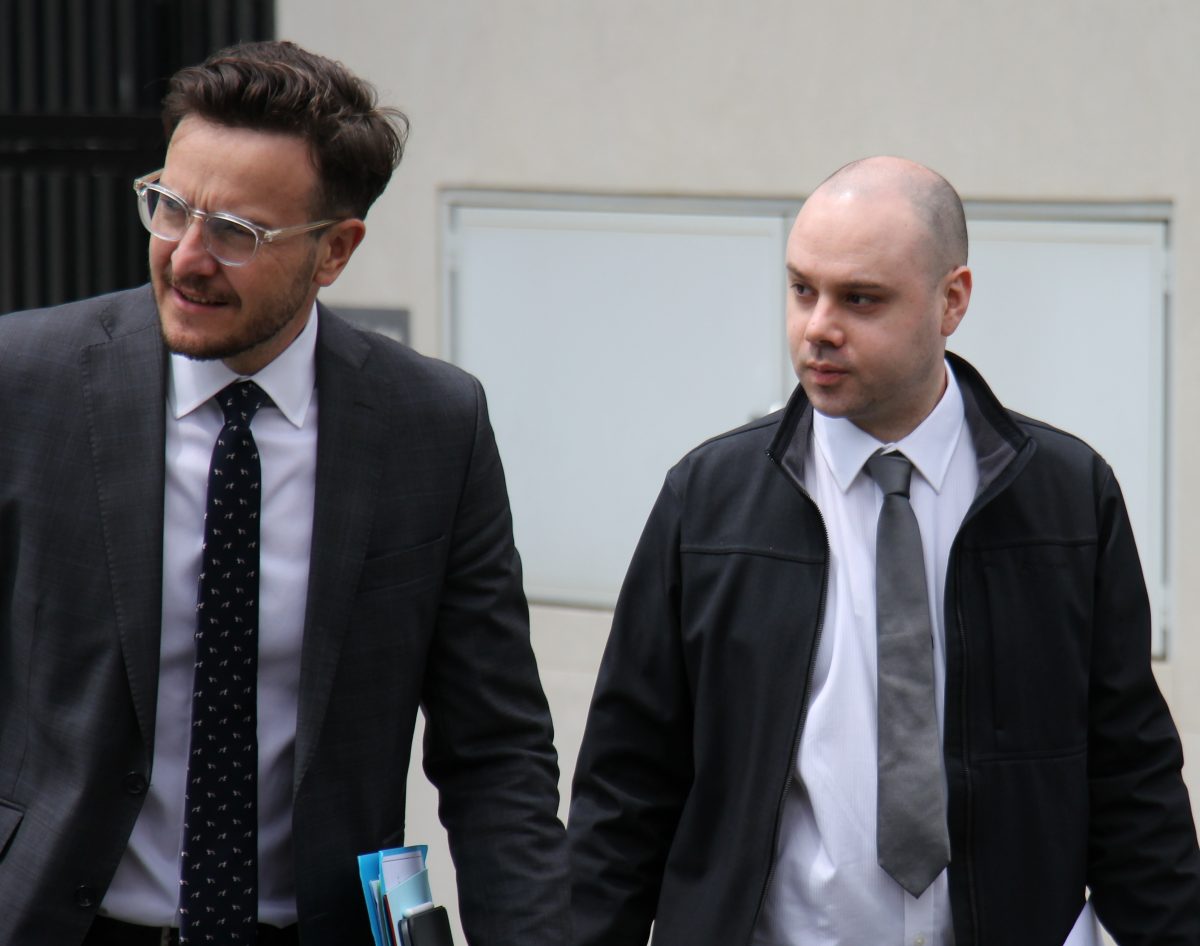 Bail was granted on conditions including Matthews live in Hawker, not drive and not approach Australian Federal Police or defence force members without a reasonable cause.

Matthews, who turned at smiled at supporters in the court’s gallery when the justice left the bench, will be sentenced on 28 February 2023.

Originally, ACT Policing said the three officers had been conducting a routine traffic stop near the National Arboretum at the intersection of Forest and Lady Denman drives at about 2:50 pm on 11 July 2021.

They had stopped a Toyota Aurion and were standing off the road in front of it when police alleged a Ford Laser was driven at them.

A male Detective Leading Senior Constable was allegedly thrown onto the bonnet of the Laser and hit the windscreen before landing on the ground in front of it. Two female constables were also struck.

One was allegedly thrown onto the bonnet of the car before landing on the ground. It was alleged the other was “run over” by the car and became “pinned” under it.

At the time, police said this constable received a severe compound fracture and multiple fractures to one leg, while the male senior constable suffered back and head injuries. The other female constable was also injured.