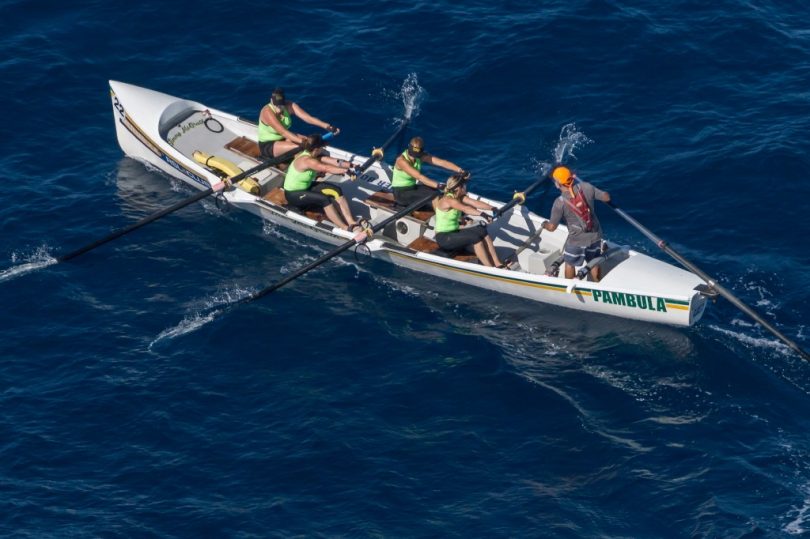 The ocean is a natural focus for summer on the Far South Coast, but every two years that interest and view to the east gets an added hit of colour, movement and power with the George Bass Surf Boat Marathon.

Thirty-six surf boats and 25 ski paddlers will take to the water at Batemans Bay today (Sunday, December 29). Over the seven days that follow, 190 km of the best coastline in Australia will be conquered. It’s a tradition that dates back to 1975 and one that no one argues is the longest, toughest surfboat race in the world.

This truly unique event inspires friendships that are made for life and is a spectacle unique to the Eurobodalla and Bega Valley:

Andrew Holt is competing in his 12th George Bass. He is part of the organising committee and this year will sweep for the Pambula men’s crew.

“We used to sit on the beach and watch them come in. I did one and loved it and have just kept doing it.” 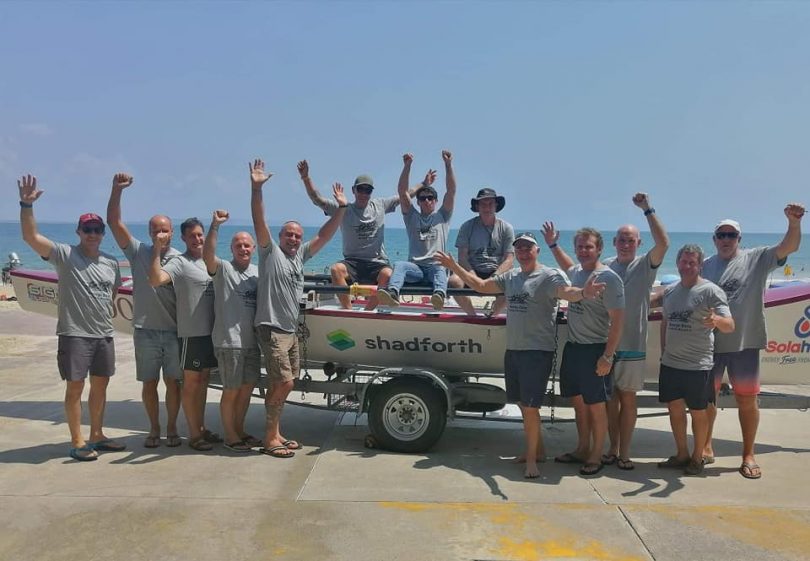 The boys from Noosa are on their way! Photo: George Bass Facebook.

Andrew is expecting the men’s and women’s crews from Sydney’s beachside suburbs to be strong again.

“North Cronulla and Wanda are always in there, and definitely Bulli from Wollongong.”

The ski paddle race will include racers from Far North Queensland.

“The boys from Yeppoon rowed last year and they are all on skis this year. Unfortunately, one of their guys passed away during the year and they’re going to bring his ashes down,” Andrew says. 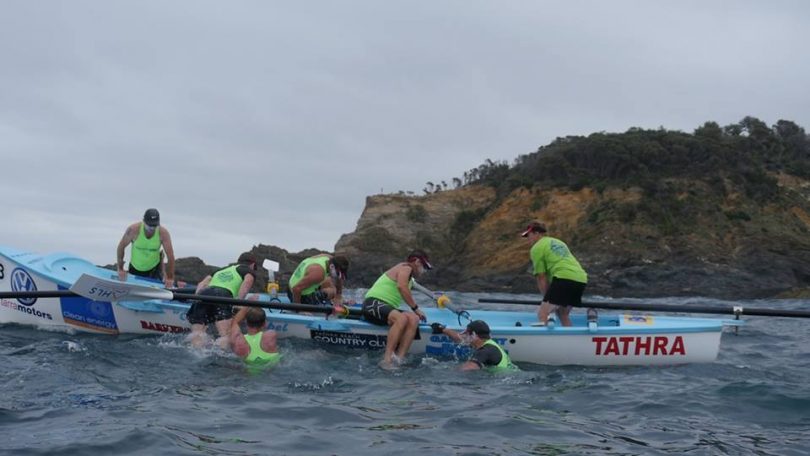 The George Bass is named in honour of the famous explorer who mapped the coast from Sydney to Cape Howe and beyond between 1795 and 1797 in a whaleboat, similar to the surf boats that compete today. Crews will head out for the 44th time this year, an adventure conceived by former Bega newspaper editor Curley Annabel, whose family remains closely tied to the race.

In terms of coping with the 190 km ordeal, Andrew Holt says nutrition is key.

“Just make sure you feed your body and remember hydration – we’ve had days where some rowers have needed IV fluids from doctors on the beach because they haven’t had enough water and good food on their support boats,” he says.

“And then there are the blisters. Manage your blisters, especially on your backside. I’ve seen some horrible sights.

“Pawpaw cream has been really good over the years … just don’t ask me to apply it!” 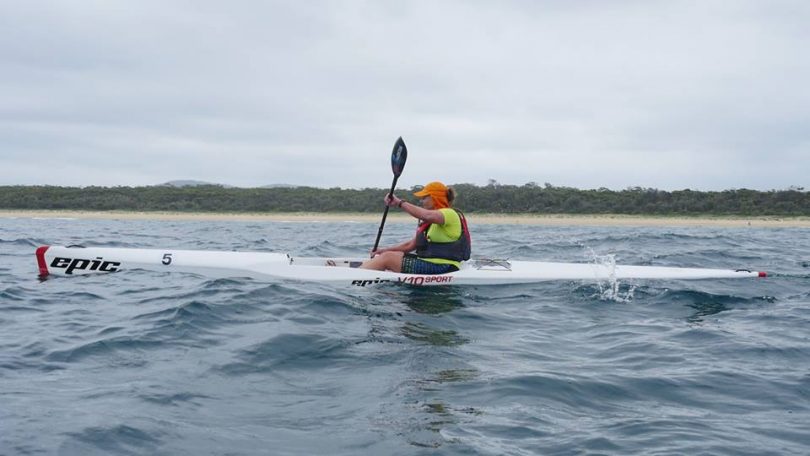 While some crews will go hard to take line honours in the open’s, men’s, women’s and master’s categories each day, other rivalries playing out in the pack are of equal note.

“You are racing every day and if you aren’t first that doesn’t mean you aren’t looking over your shoulder,” Andrew says.

“There is always some friendly rivalry, you end up with these little sub-races going on, seventh, eighth and ninth might end up racing one another every day.

“I’ve lost quite a few boxes of beer over the years on little side bets.” 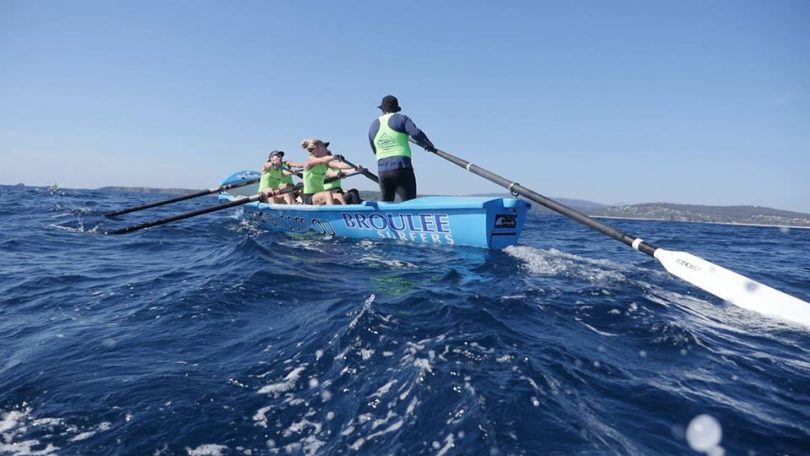 Kristine Evans - 7 hours ago
Andrew Barr Then you need to let parents into schools before this happens. View
Christopher Marlowe - 10 hours ago
Jenna Vdv that's why HECS/HELP exists View
Rod Phillips - 10 hours ago
I'd like to see a bit more planning and less guessing all round! We've seen the impact of poor quarantine procedures through... View
Opinion 7

dolphin - 10 hours ago
its not hard jwinston, just look at the libs and you understand why. they are just too socially conservative for most of us.... View
HiddenDragon - 11 hours ago
"....The question now is making it work and be accessible to as many Canberrans as possible..." No, Zed, the question is and... View
ChrisinTurner - 14 hours ago
A contribution of less than 1% towards the LR network won't go far. However this amount would be against the advice of Infras... View
News 2

HiddenDragon - 11 hours ago
This monstrosity will entail major and protracted disruptions to traffic, which won't help what already looks like a struggli... View
News 6

bryansworld - 18 hours ago
However, this would create a signal for new suppliers to enter the market and undercut the original ones who are trying to go... View
keek - 20 hours ago
Great way to ensure the prices of these things all rise very sharply once suppliers know there is an easy 15 grand in it for... View
Food & Wine 2

Ol L - 20 hours ago
When COVID 19 blows over most will rush back overseas. Hope there’s no COVID 20 or they will all want to rush back here aga... View
Community 1

Capital Retro - 20 hours ago
Are public toilets included in the plan? View
Community 13

Ol L - 22 hours ago
Brindabella s? Would look like nothing recognisable as there hardly the Himalayas View
Food & Wine 1

@The_RiotACT @The_RiotACT
Time for a move to the country? This eye-catching property in beautiful Mittagong has veggie gardens, a chook yard + plenty of space for the kids & pets https://t.co/EYBCG1UNb1 (54 minutes ago)