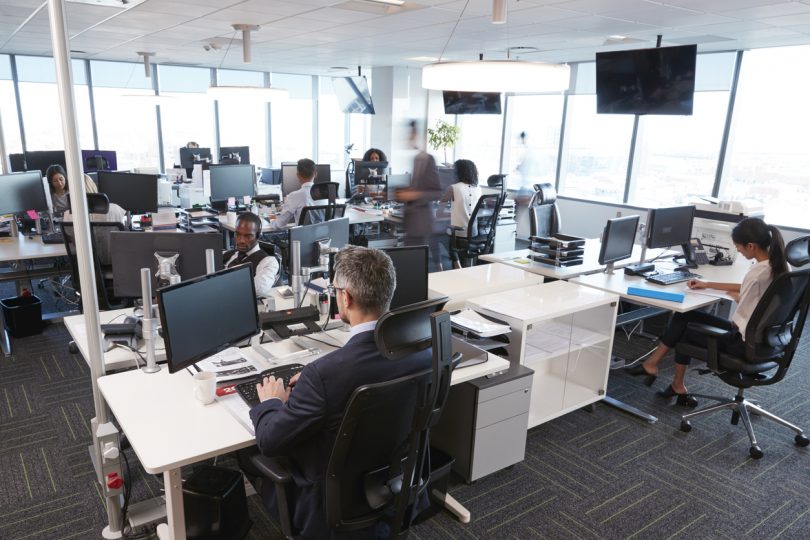 Commonwealth procurement changes have slowed the Canberra office market but there is unmet demand from small to medium sized businesses.

The ACT office market will contract further with more buildings withdrawn to be repurposed or redeveloped, as private sector businesses struggle to find quality space in the small to medium sector, according to Laing and Simmons Commercial Managing Director Alex Smith.

He was commenting on the Property Council of Australia’s latest Office Market Report which shows vacancy rates have declined over the past six months despite falling demand, due solely to the withdrawal of stock.

Mr Smith said this would continue but he believed the market would start to see more demand from the ACT’s dominant player, the Commonwealth, as it implemented new whole-of-government leasing arrangements.

He said there was still a lack of supply of good quality office space to meet the demand from small to medium private sector businesses, many of which do not want to make their home in the increasing number of mixed-use developments in Canberra.

“The problem they’re facing is a very low level of supply of good quality office space to accommodate these businesses. C and D and even B grade is not really appealing or motivating enough for these businesses to relocate,” Mr Smith said.

“We need good quality private sector office accommodation that is suitable for those tenants in the sub 500 square metres or 1000 square metres space, not in a mixed-use environment which is where a lot of the office space has been supplied for that market over the past five years or so.”

Property Council ACT Executive Director, Adina Cirson said that over the six months to July 2018, Canberra’s overall vacancy rate decreased slightly from 13.2 per cent to 12.5 per cent – slightly higher than the vacancy rates recorded 12 months ago at 11.6 per cent.

“The decrease in vacancy is solely due to withdrawal of stock, with a significant 65,368 square metres withdrawn and -25,755 square metres net absorption recorded in the capital.

“That said, the Australian vacancy rate sits at 9.1 per cent, and we remain well above the optimal vacancy rate of 6 per cent.”

Demand for A Grade office space further tightened vacancy rates from 8.8 per cent to 8.5 per cent due to 6,936sqm of net absorption and 1,546sqm of withdrawal, but B Grade vacancy rates increased to 12.6 per cent from 8.9 per cent 12 months ago.

Both C and D grade office stock saw a welcome of a small decrease in vacancy, but they are still high at 19.1 per cent and 18.6 per cent respectively.

The report said that across the entire market, some refurbished stock had become available which could place pressure on owners to increase incentives to tenants. Commercial agents were also recording an increase in smaller tenancies under 500 square metres.

Ms Cirson said there was clearly a demand for smaller, premium office product but overall the Commonwealth’s new approach to the market was keeping it in a holding pattern.

“That said, business sentiment is strong, and we expect an increase in office demand over the medium term as whole of government processes are bedded down – particularly amongst businesses seeking outsourcing opportunities with the Commonwealth,” Ms Cirson said.

Mr Smith agreed that sentiment was strong but to be motivated to move businesses, they either had to win a big contract or something that allowed them to expand.

He said they wanted to move into something better than what they’re in but there was a very minimal amount of supply for that market.

“Hopefully we’ll see a greater desire for building owners to want to start providing great quality office space to small to medium-sized businesses rather than having all their eggs in the Commonwealth market,” he said.

He said building owners seemed reluctant to deliver it, with cost being a factor, but developers such as Doma or Willemsen Group were starting to provide very good value for small to medium-sized office spaces.

The Property Council expected further take-up of space when the Department of Home Affairs moves to Brindabella Park at the end of 2018.

This report is more about building community receptivity for conversion of “C and D and even B grade” offices into apartments.

Patrick Harrington - 5 hours ago
I'm sure the residents of Wright and Coombs will love a shopping centre in Whitlam. If Whitlam can actually get a shopping ce... View
Property 4

Christine Hamilton - 5 hours ago
Ash Claire common sense should tell you this is correct. View
Ash Claire - 13 hours ago
Yes, and I want to know where they get their stats from View
Food & Wine 22

Daniel Duncan - 6 hours ago
Clinton good luck with that. View
John Sykes - 8 hours ago
Peter Major that would be an interesting outcome. Diesel rebates to mining and agriculture allow them to function against int... View
Ray Whiteman - 11 hours ago
Hahaha! You think EVs are going to get a free ride? Wait until they are more popular, then the costs will hit owners View
Motoring 35

Carol Ranft - 7 hours ago
Michael Grinceri It would help if they advertised why a speed limit was chosen View
Ursula Gamal - 7 hours ago
👏👏👏👏👏👏finally!!!!!! View
Community 33

Stephen Esdaile - 8 hours ago
And how hard is it to cross the border to get a new set of shoes on the car? At least the fuel tax works because there's no p... View
Julie Macklin - 9 hours ago
Km per year should differentiate between (congested) city with alternative ways to travel, and (not congested) country, often... View
News 1

bikhet - 11 hours ago
Road usage charges have been discussed among economists for several years now as a form of taxation to replace fuel excise. O... View
Breaking 1

JC - 11 hours ago
Not that I care who the liberal senate candidate is I can see why many are so annoyed. The way in which old Zed was originall... View
News 5

Martin Budden - 12 hours ago
The government has been very clear: CRS are welcome to do it in Hume, but not in Fyshwick. CRS just needs to switch to Hume. View
News 16

Glen Sturesteps - 12 hours ago
Further proof of me being right, not that we needed it 😬 View
Hayley Marie - 12 hours ago
Kooms Sam I have a keen interest in native flora. I even drink a gin called “the botanist”, which is telling... View
Anna Louise - 13 hours ago
Glen Sturesteps looks like you were right 🤷‍♀️ View
Lifestyle 23

yoyoyo - 12 hours ago
They do bulk orders i.e. 100 apartments at a time. Good luck getting a price out of them. View
show more show less
*Results are based on activity within last 7 days

@The_RiotACT @The_RiotACT
Handmade Canberra partners with GIVIT to make it easy to brighten up Christmas for bushfire-affected communities https://t.co/sDzQvLLrus (6 hours ago)

@The_RiotACT @The_RiotACT
Looking for an exercise buddy? Meet Cookie, an active pooch who is at @rspcaact hoping to find a new owner https://t.co/0AeZxL5DVO (8 hours ago)