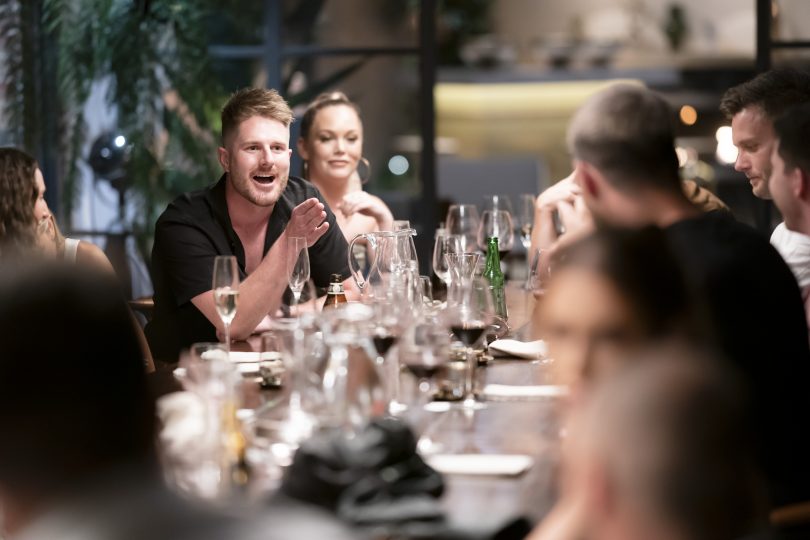 Married at First Sight contestant Bryce Ruthven says he “definitely” doesn’t regret his fiery argument with rival Sam Carrao during a televised dinner party and that he would “throw a jug of water on him next time” instead of a cup.

The former radio announcer with Canberra’s Hit 104.7 entered the reality television show to find his life partner but has found a lot of controversies instead.

And Bryce says, “the drama we’ve seen so far is just a warm-up of things to come”, as rumours circulate that he had a secret girlfriend in Canberra while on the show.

“There are some confrontations that come up from that because it’s not true,” he says.

“If you’ve already seen how I react so far, then you’ll know I’m not going to react too well.”

The 31-year-old is referring to his fight with Sam during a cocktail and dinner party on the show, which ended up in a battle of name-calling and Bryce throwing a cup of water over the fashion-label owner.

This has given Bryce a reputation for explosive anger, but he says Sam “deserved it” and that viewers didn’t see what the fight was really about.

“For me, the only disappointing part was not showing the reason why I was angry which was because he made a comment towards [television wife] Coco during the week, that because she wears fake tan, she looks like a burn victim,” Bryce said.

“That’s what I wanted to pull him up on and I was actually happy to have a civil chat.” 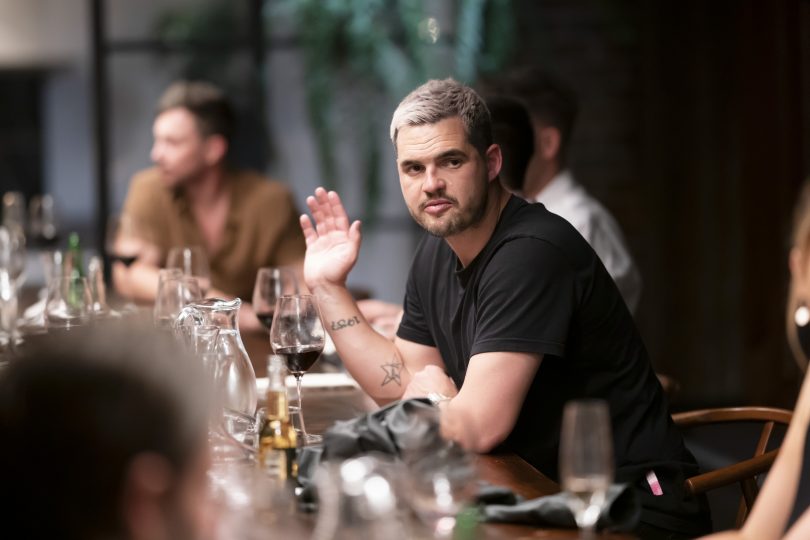 Bryce and rival Sam Carrao have run into each other since the show.

However, Bryce says he and Sam have kept things civil since running into each other in Melbourne post-filming.

“We’ve crossed paths at a couple of bars in Melbourne and we’ve both been very civil, we’re both adults,” he said.

“He’s not the kind of guy I’d be mates with going forward, but you can definitely be civil.”

Bryce has moved to Melbourne since taking part in the show and says he’s doing some casual, operational work for the radio station Nova.

While the fire may be out in his relationship with Sam, photos recently circulated online show Bryce involved in a fight with an opposing player during a soccer match in Melbourne.

However, Bryce argues the photo doesn’t show the full situation. 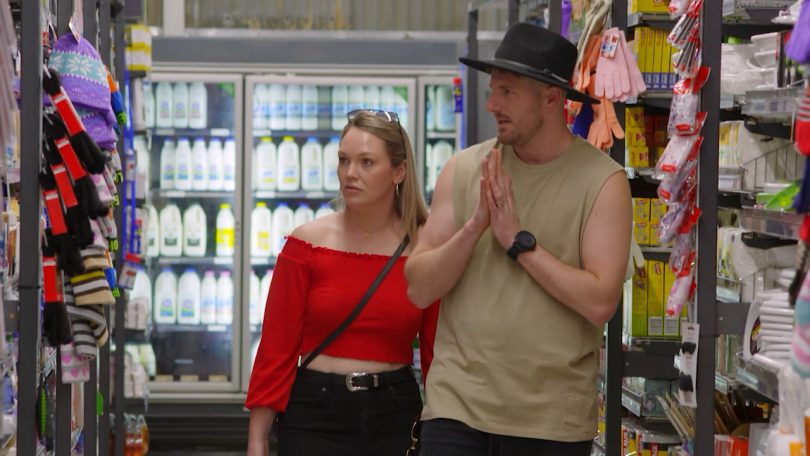 Bryce and television wife Melissa Rawson have been snapped in Melbourne together.

“There was a paparazzi at the game – they’ve been following me around a bit – and one of the guys on the team was making some homophobic slurs towards the boys in our team and then kicked one of our guys,” he says.

“Then me and a few of the other boys in our team tried to break it up before it escalated, and I got shoved in the face from him, he took offence to me trying to break it up.

“I guess the paparazzi can put whatever spin he wants on the photos, but I was trying to break a fight up, I wasn’t getting involved.”

Another controversy is the text messages leaked by former MAFS contestant Connie Craydon showing Bryce making advances while they were recording a radio demo together. In the messages, Bryce asks Connie if she thought about kissing him while together, which she quickly shut down.

However, Bryce denies he was being flirtatious and that Connie has been “very selective” with the parts of the text messages she’s revealed.

“There was definitely some instigating on her behalf. I don’t think what’s been leaked publicly is that bad and I don’t really classify that as flirting,” he said. 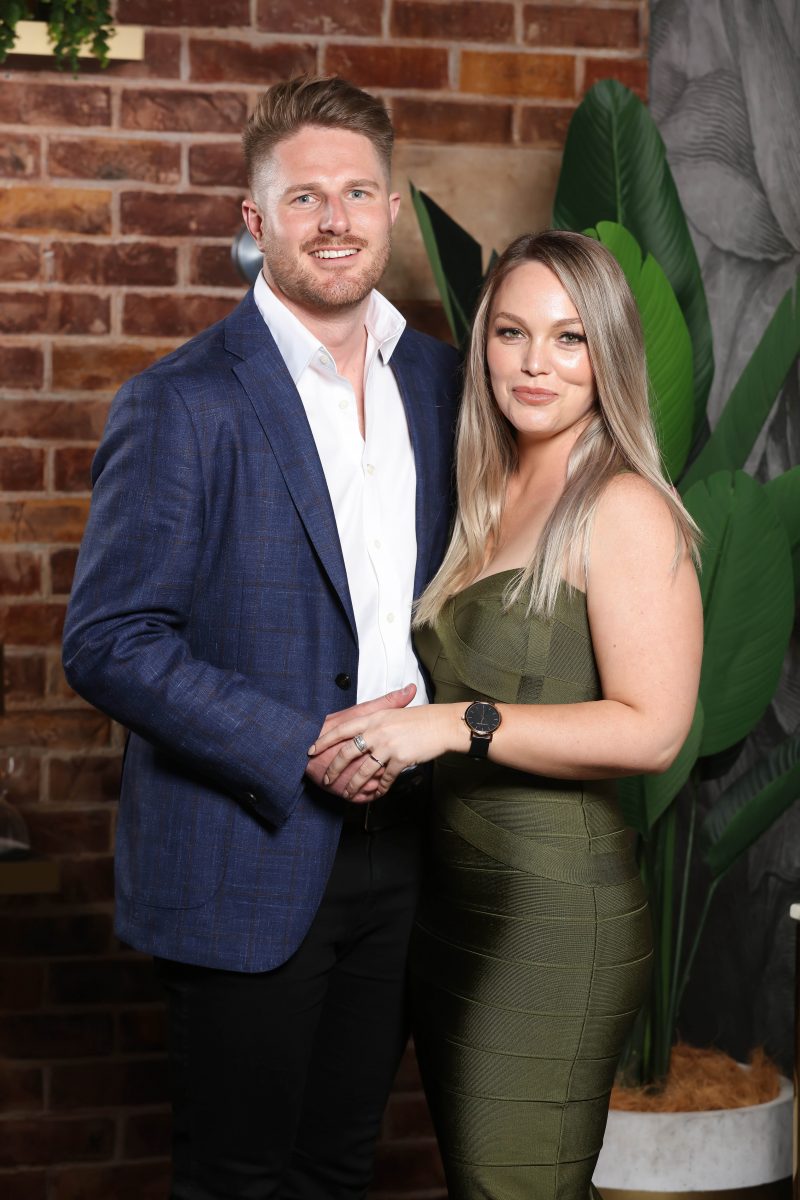 Bryce says the experts couldn’t have found a better match in Melissa.

“I think she’s just bitter that we did a radio demo together for a Victorian station and it came back being pretty crap and ordinary so it didn’t get picked up.

“I think she had a goal of getting into media, making a bit of a profile for herself and unfortunately, the talent wasn’t there so it didn’t work out for her.”

As for Bryce and his television wife Melissa Rawson, the paparazzi has also snapped the pair together in Melbourne and Bryce says the experts couldn’t have found a more perfect match.

“I was asked to be challenged and get someone out of the usual for me,” he said.

“It’s no secret that I had a type of girl before going into the experiment that I was usually going for, so I said I wanted someone different and someone who would match me on an emotional and personal level, and I think I got that.”

Bryce said the pair are still speaking regularly and getting along really well.

Derrrrr 🤮
You need to take some lessons on how to tell the truth the first time🤢🤣🤣
I haven’t seen it all …. your behaviour is disgusting 😏

Bryce is a chop!! He is worse than an old lady sticking his nose into others business.

Why is he now a “former” Canberra radio announcer? 🤔😂

Meanwhile, significant developments in battery technology that was developed and tested in Australia gets no airtime, because clearly loud mouth bogans on tv are more important to our social fabric.

Do people really behave like that, and James is terrible

Kel ummm I didn’t know you watched this!! We need to discuss!!

Mel Mudford maaaaaate!!! I live for this bloody show!!!!😅

Lara Maree Beard Bryce will end up being a blue tick

Doesn’t regret how he’s behaved?
If he was my son I’d hang my head in shame.
I wonder what his family thinks.
His attitude is deplorable and his lack of insight is very telling on what kind of person he is… not that he’s hiding it.

Should be taken off forever!

Who cares?!
In light of the current discussions in the news around respect in relationships, this stupid show just perpetuates so many of the attitudes involved. Wrong on so many levels as previously stated in the comments.

Alexandra Holland did Marshall weigh in on this guy’s behaviour?

Siân Victoria Marshall doesn’t stand for this sort of behaviour

Absolute disgusting behaviour that isn’t appropriate on so many levels. Considering the current news headlines, why is this sort of show screening? Wouldn’t it be great to have a show with people who are respectful.

Sher Young I totally agree, this kinda show, with this kinda behavior needs to go

A classless show…waste of time

Why would anyone get married to a complete stranger?

Kathleen Murphy because it’s great for their social media profiles

Corey Karl and the women are such drama queens fussing about how good they look for the TV camera’s some full of botox and hair extensions carrying on about every little thing in their life not at all loving or genuine. The show should be banned.

Kathleen Murphy to be fair I think there are shows on tv that perhaps are just as bad. But yes there is no surprise to many as to why the participants on the show are single to begin with !!

Corey Karl haha. Could you imagine being their partner.

Kathleen Murphy I try not too 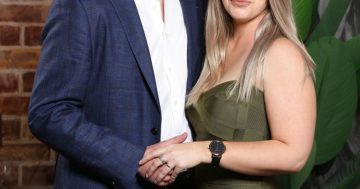 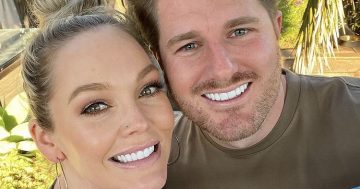 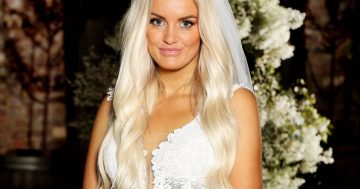 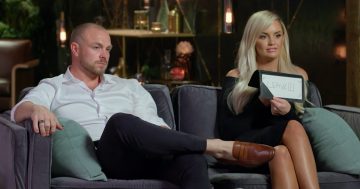 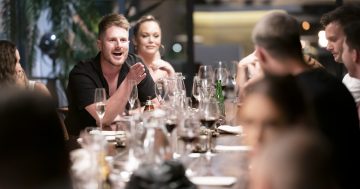 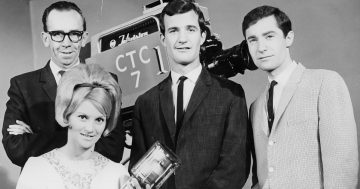