Mayor of Goulburn calls for 100 per cent effort 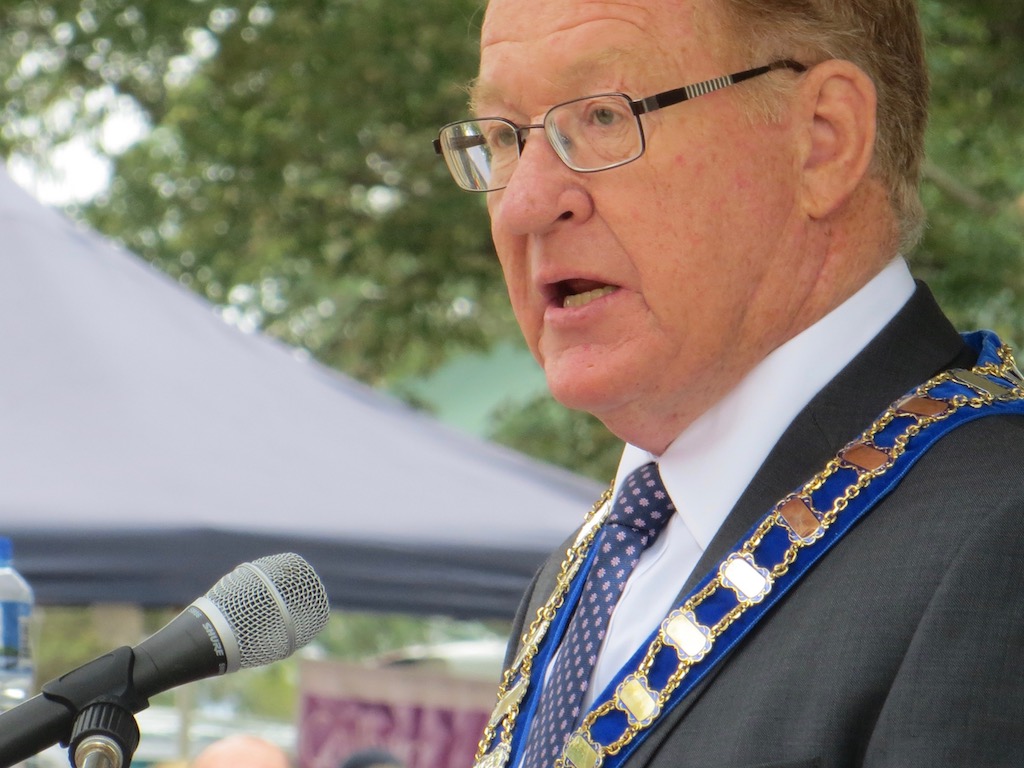 Mayor of Goulburn Bob Kirk’s apprenticeship for public life began in a barbershop and will end in a building blitz.

Now in his most significant role, about to preside over $155 million worth of capital works, talk of him leaving the council is crazy. Yet here it is:

“Out there in ‘Facebook land’ young people say it’s time for the old farts to leave,’’ Cr Kirk says. He will do no such thing this term. Yet it could be his last.

“I am 68 this year, 72 when the current term of council finishes. That will have given me 12 years as a councillor and I am thinking, that’s long enough,’’ Cr Kirk says. “It is all very nice to say you have 20 or 30 or 40 years as a councillor, but are you effective in the modern and changing world and is that good for progression?”

From his Bourke Street office Cr Kirk can see a Clifford Street coffee shop being rebuilt, where he once lived. His thoughts turn to ‘Facebook land’ and the councillors it has endorsed, and the need for them to lift their game.

What can be done about this half-hearted effort?

“I am a bit tossed about going to people and saying you are a grown up, elected person and I have to make comment on your performance. If I was a bombastic, egotistical sort of person I could rant and roar and make a noise about it. But would that achieve a good outcome?’’

Instead Cr Kirk is looking at the next decade of building new bridges, roadworks and infrastructure upgrades. 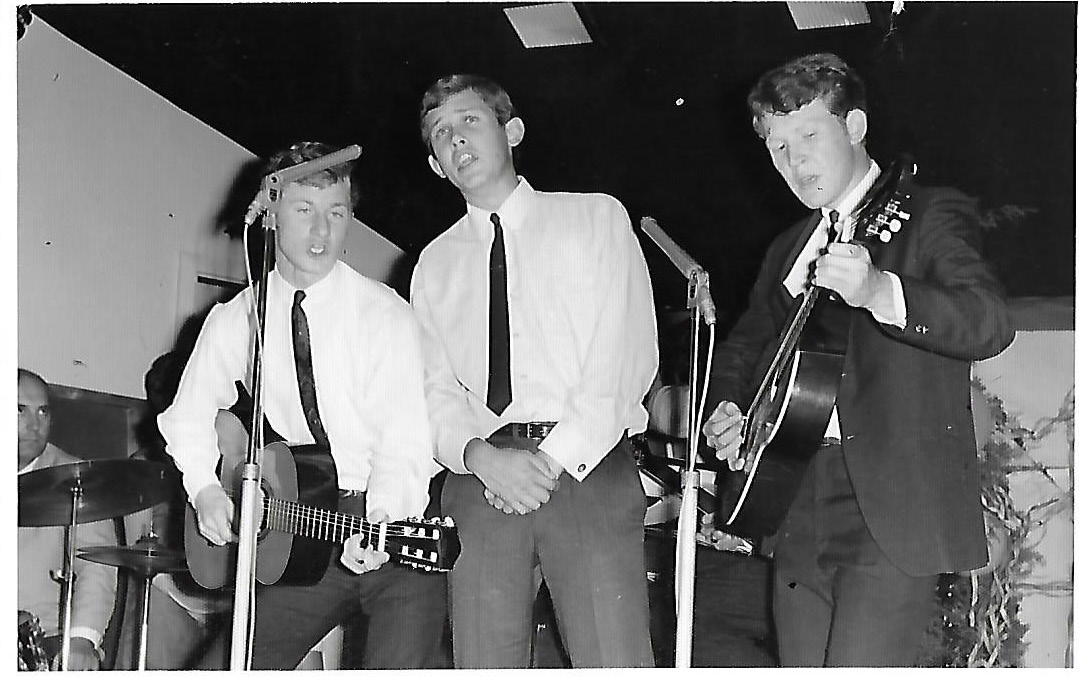 “At the end of 10 years, the interesting thing is with all that spending, from the base, we end up with $16 million in our unrestricted cash general fund, $23 million in water fund and $30 million in sewer fund.”

The council has more than $98 million in reserve, invested in various bank accounts, but a mountain of infrastructure from pipelines to roads to swimming pools to upgrade.

“A lot of this stuff is catch up, but the sewerage treatment plant is almost 100 years old, unfortunately growth and age have impacted on that, it had to be done, but provides for a growing city and recycled water that will change the complexion of the city,’’ he said.

Cr Kirk looks composed as a first term Mayor. He agrees the 2451 primary votes he received at the September council election gave him confidence for his new role after eight years as deputy mayor.

Looking back to his childhood, the eldest of three boys, abandoned plans for a military career to accept barber Ian Grant’s offer of an apprenticeship for six pounds, three shillings a week. His parents Doug and Heather had long separated. He wanted to give his mother a hand. They lived in Clifford Street, in an E.C. Manfred-designed, two-story duplex that has since been demolished.

“… I used to run to work and I loved it,” Cr Kirk says. “I loved the four-chair barber shop. On Saturday mornings guys telling yarns about their week. How they got on the grog the night before, which women they had raced off, what horses they were going to back. (At the time) I’m 16. I had never heard anything like it. My life experience blew up, I couldn’t get enough of it.’’ 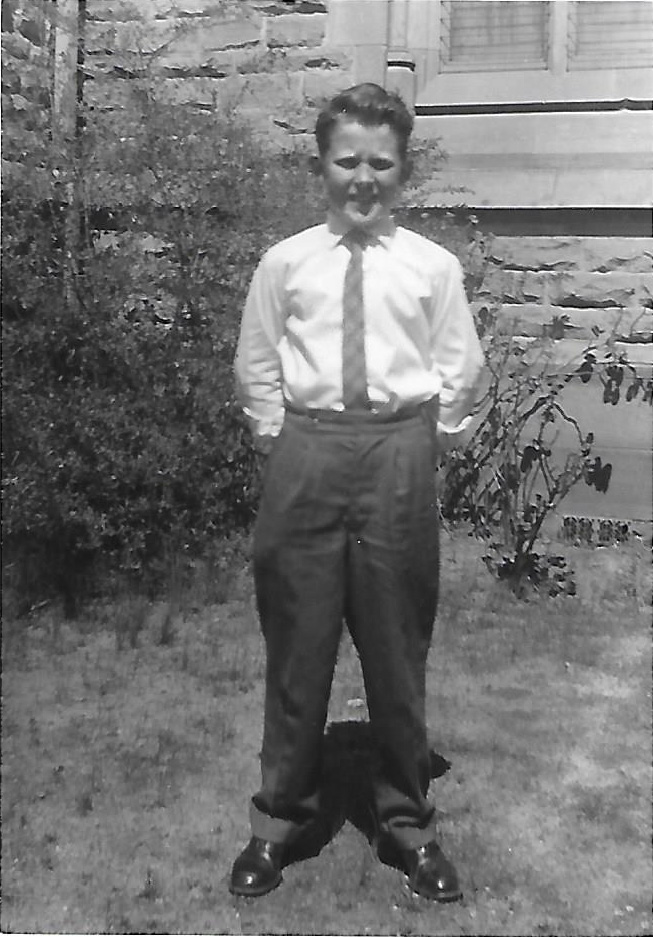 An uncle tipped him off about a job at the Commonwealth Bank which he filled, doubling his weekly wage. He transferred later to Canberra, then Albury, to a branch that stood opposite the Albion Hotel where his future wife, Dutch-born Christal, was working. They married in 1973.

Promoted to deputy manager at a regional office at Wagga Wagga, he missed the face-to-face dealings with customers, and later accepted another promotion in Goulburn.

When he left the Commonwealth Bank the family moved from its bank premises to Ridge Street opposite bushland. He fired off a flurry of calls and emails to the council wanting action on illegal dumping and trail bike riding.

He ran for office to help end the stop-start debate over a water pipeline to secure Goulburn’s supply. He was not a pipelinee supporter. “My perception was why let the water past us and pay to bring it back?’’

New councillors, hydrology reports and other expert opinions convinced him a pipeline was needed. “It goes to my view you have to be prepared to support the process and information rather than personal preference.”

Cr Kirk was unconvinced when first presented with the idea of a $10 million performing arts centre in the McDermott Centre. “I was a bit stunned. I thought that’s a big ask. I am naturally conservative, I was reserved, I thought it would be hard to do, hard to sell, hard to imagine for me.”

After more thought the idea grew on him. “From a council perspective, I turned around to thinking, this could be something special. In saying that, and not being a proponent of the performing arts, as a councillor your job is to represent all sectors of the community.’’

A new walking track, main street beautification, aggressive marketing and imaginative projects have startled the community, but in this Mayor many people see a leader, adept at handling criticism and a safe pair of hands.
“I like to think I am an even handed, analytical, conservative sort of person, that comes through in the way I approach all the issues that come to council,’’ he says.

Alex Petrow - 8 hours ago
Easy Purgy!! Double the speed limit. Because you will be on the road for half the time, the window for prangs is also halved!... View
Roderick Saunders - 9 hours ago
Kirsty Noad Canberra's had the log book assessment system for years. I think you only needed 20 hrs with an accredited drivin... View
Jason Thornthwaite - 9 hours ago
Good driving= no parking fines, no speeding fines, no accidents...pretty simple, but a positive amongst all these negative co... View
Community 2