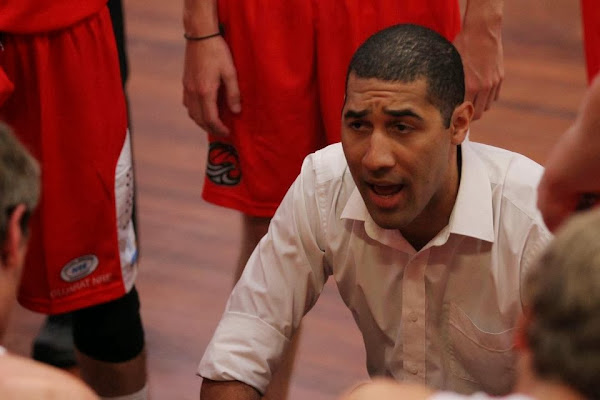 If you grew up in Canberra in the 1980s then the coolest man in the whole world was the Canberra Cannon’s Herb McEachin.

Shawn McEachin, son of Herb McEachin, former Canberra Cannon and NBL legend, has been appointed as the Head Coach of the Canberra Gunners for the next 2 years and will lead the team in their campaign as they continue the rebuilding into one of the powerhouses of the South East Australian Basketball League.

Shawn was recently the Head Coach of the Wollongong Hawks NBL feeder team the Illawarra Hawks that compete in the NSW Waratah Championship League in which Shawn won a championship in his rookie season as Head Coach.

Shawn hails from a staunch basketball history in the ACT, as a local Canberra junior, Shawn represented the ACT at the 1999 Australian U20 Championships in Perth and was part of the 1998 Bronze and 1999 Silver medal winning Erindale College teams competing at the National Schools Basketball Tournament in Canberra.

Shawns first priority will be to hold open trials on Tuesday 10th December 6:30pm at University of Canberra and through recruiting the necessary talent assemble a highly competitive team of Gunners to represent Canberra in the SEABL.

Mentioning Herb McEachin is sure a blast from the past.

I hope Shawn proves as popular as his old man was.

Denise Bourke - 3 hours ago
More dodgy research on this eh? Like the research on having weed in family backyards? Kids form addictions without parental c... View
Iain Somerville - 9 hours ago
This is not just about the right to choose to die. It is also about Canberrans being classed as lessen citizens by being deni... View
David Newman - 10 hours ago
Linda, exactly. It’s as if the ACT’s and NT’s residents have a lesser right to self determination than residents of the... View
Lifestyle 8

tuggeranongist - 5 hours ago
All things being equal, I would prefer to deal with a large institutional landlord than an individual one. I suspect many oth... View
Redgum - 7 hours ago
Better Renting is correct on one point only. The decision to invest in a rental property is a business decision. Investments... View
Community 27

James Forge - 6 hours ago
Ben Oostermeyer I agree. The usual excuses of transport costs and lack of competition don't wash when fuel that has to travel... View
News 10

kenbehrens - 7 hours ago
Government charges contribute towards the high cost of rent in Canberra. It's Government policy to increase Rates, to a level... View
Geoffrey Bell - 10 hours ago
Mandy Truman $206 cheapest share place i could find. https://www.allhomes.com.au/share/search?region=canberra-act&district=gr... View
Mandy Truman - 10 hours ago
I'm full time uni and I got made redundant from my job and then got a casual job but haven't had work for 10 weeks. I would h... View
News 246

Claire O'Brien - 7 hours ago
My sister broke her back on this same flying fox in the late 80s/early 90s. The drop is too high in areas. My daughter did na... View
show more show less
*Results are based on activity within last 7 days