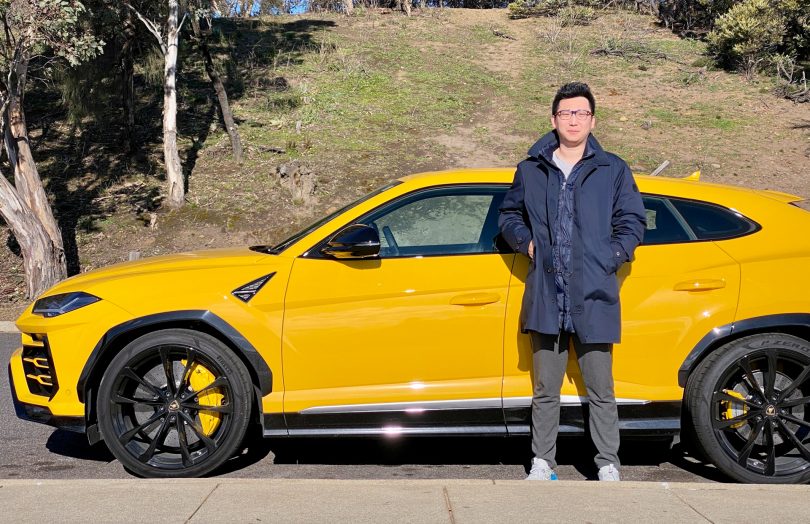 You can’t exactly miss it so chances are you’ve seen it before – a bright yellow Lamborghini with the number plate ‘EASI’ flashing through the streets of Civic.

The vehicle belongs to Jack Wang, a Chinese-Australian entrepreneur behind the Canberra arm of the world’s leading Asian food delivery service, EASI.

I’m meeting Jack in one of his other ventures, the new 85°C Bakery Cafe on Childers Street, at ANU, and he says another of the cafes is coming to the Canberra Centre in “only a few weeks”.

But despite the chai latte going down my gullet, the pink velvet seats and the mass of pink bouquets hanging from the roof overhead, I’m primarily here for the car. Which is considerably more aggressive and less pink. 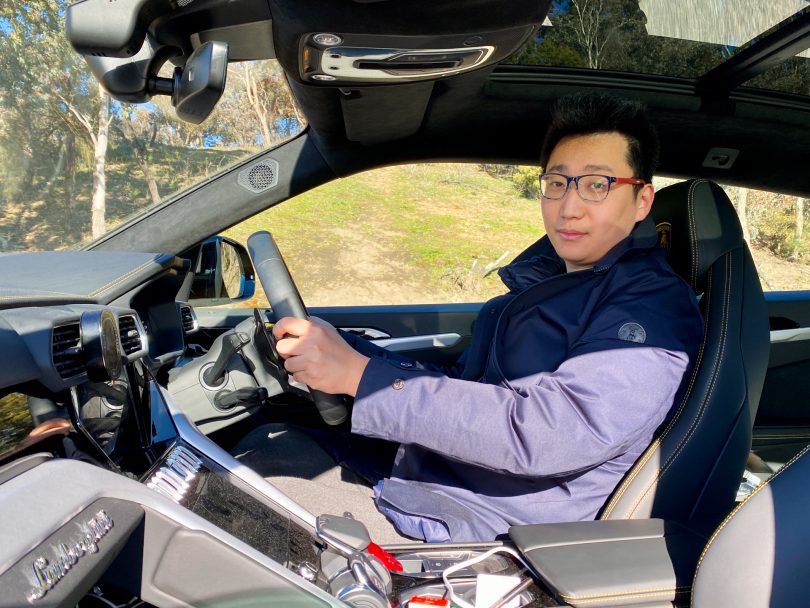 Jack describes the Lamborghini Urus as the only supercar he can comfortably fit in. Photo: James Coleman.

He explains that he likes to buy a new car before the financial year is out otherwise a good chunk of the money would be lost in the corridors of the tax office. But Jack wouldn’t describe himself as a ‘car person’ as such.

“I don’t know anything about cars,” he says. “I don’t even know how to change a tyre.”

However, Jack’s car history speaks differently. His first car upon arrival to Australia from China was an orange Holden VF Commodore – the limited-edition Storm model no less. This was followed by a silver Porsche Boxster with a burgundy soft top, then a Porsche Macan, and a Maserati Ghibli.

His cousin owns a pink Bentley Bentayga, another iconic road piece you may have spotted in Canberra before.

The moment we round the corner from the cafe, there it is – the hulking beast that is the Lamborghini Urus.

This is a car that received more than its fair share of hate when it was first revealed in late 2017. Crossing a supercar with a sports utility vehicle (SUV) was the highest form of sacrilege in the eyes of many purists. 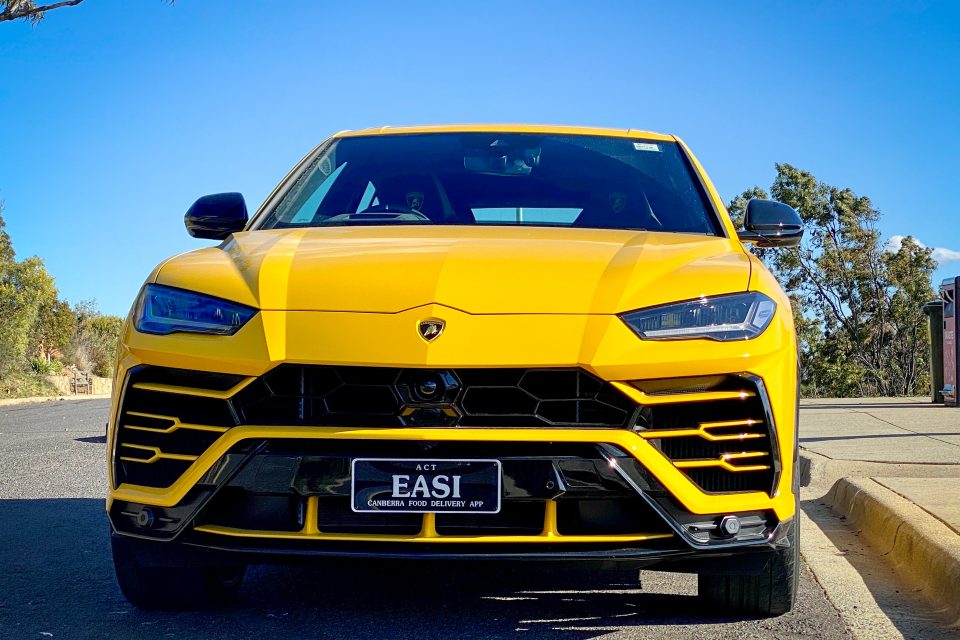 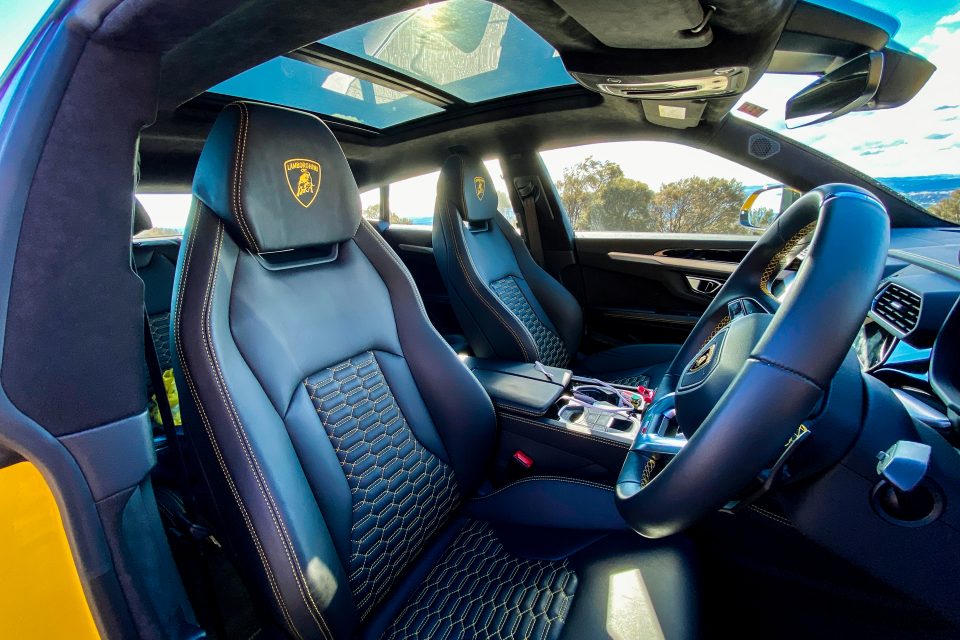 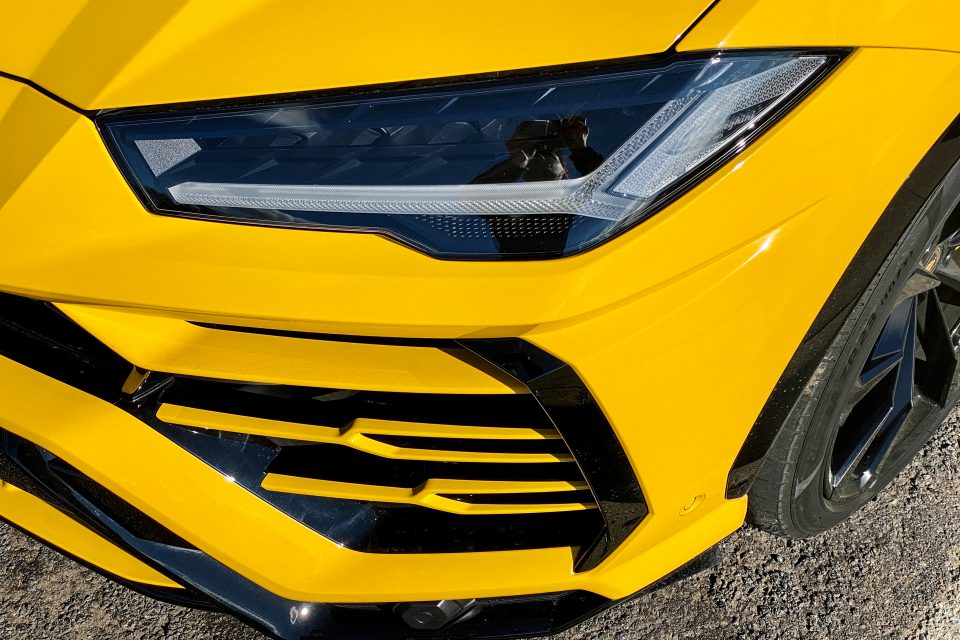 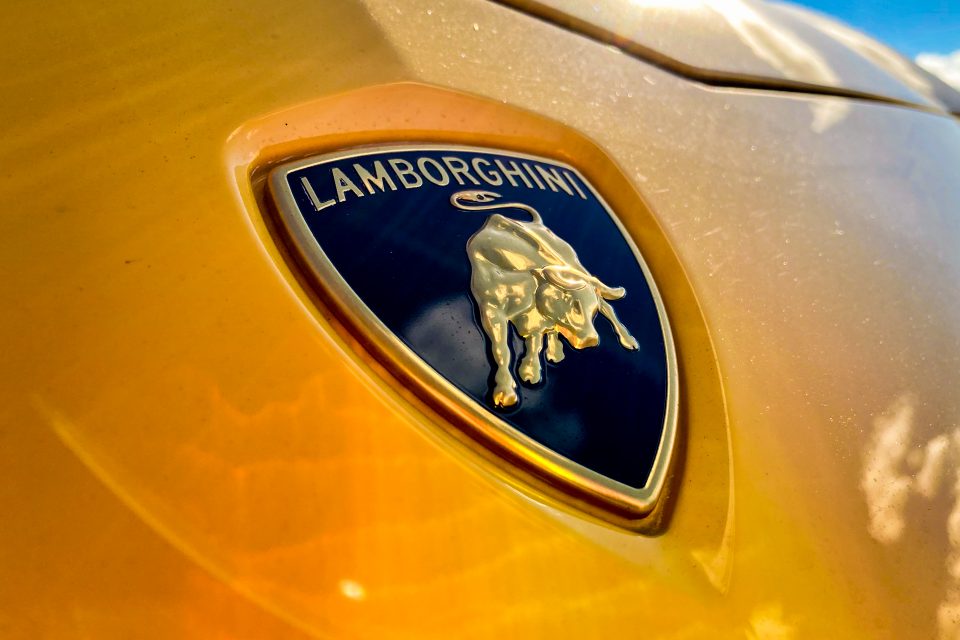 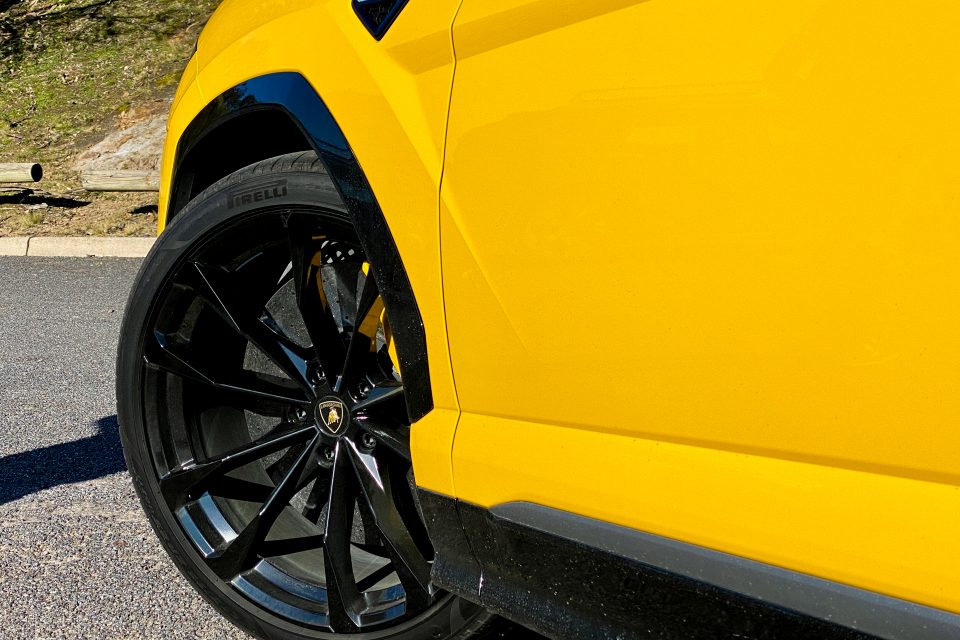 But despite all the naysaying, the Lamborghini Urus has gone on to become the best-selling car the Italian company has ever made. Certainly for Jack, it was the only one he would fit in.

He’s a tall guy, made very apparent by how far away the steering wheel is when all 170cm of me climbs in.

“I bought the Urus because it’s the only exotic sports car out there that I could comfortably fit in,” says Jack. “Even the Porsche Macan was just too small.”

He likes it so much he even ordered another Urus from the Sydney Lamborghini dealership earlier this year – the ‘Pearl Capsule’ special edition. But it seems even the high-end car manufacturers aren’t immune from the current delays to production lines around the world as Jack won’t see this one until November.

“I also briefly looked at Rolls Royce, but because of the sheer price I’d have to sell two cars to get one of those,” he says. “Then I tested the Aston Martin SUV – the DBX – but that was terrible.

“It has a full glass sunroof but it doesn’t open, annoying little things like that. The standard features are just terrible.” 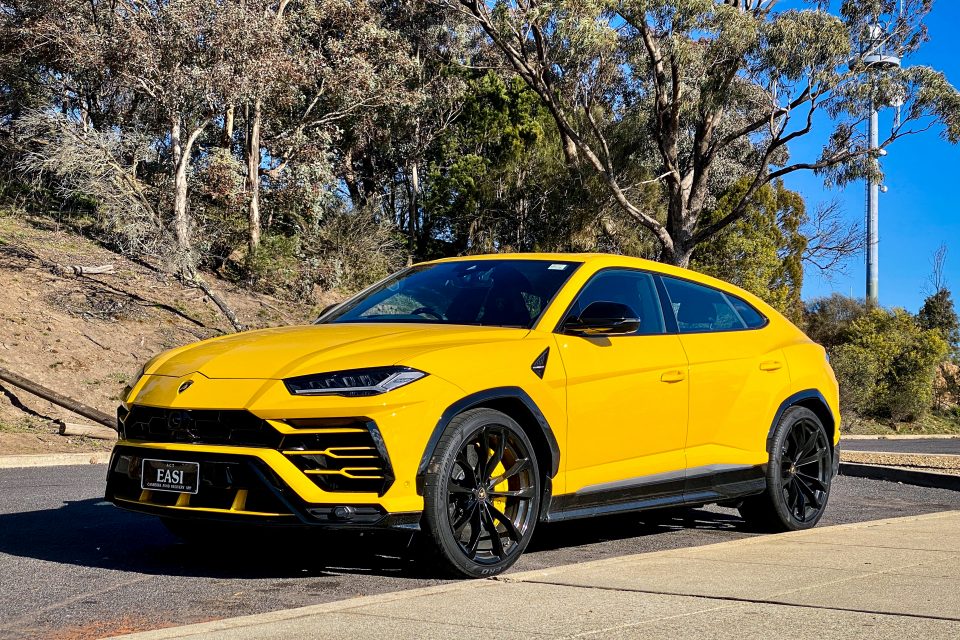 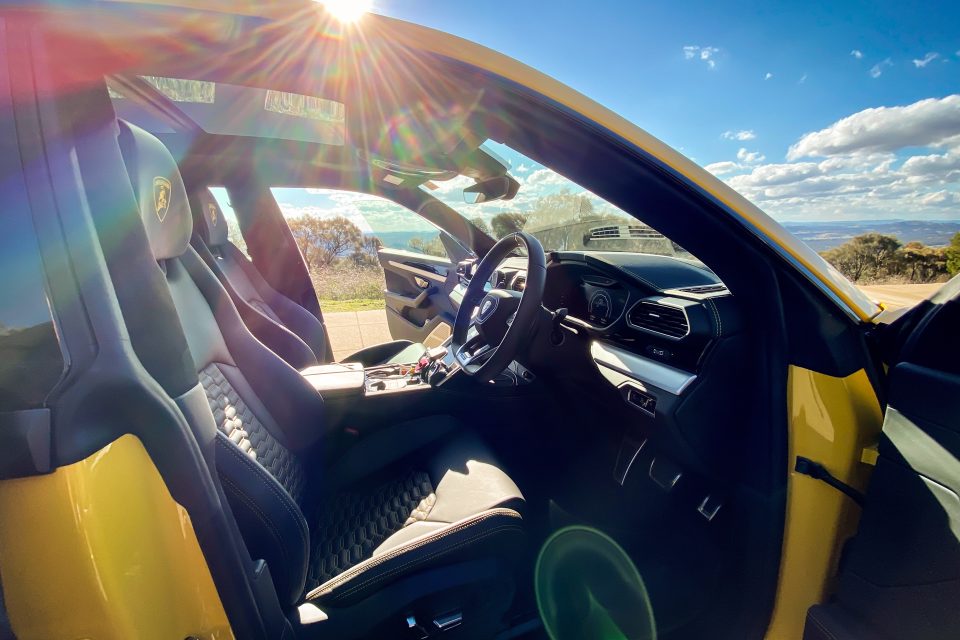 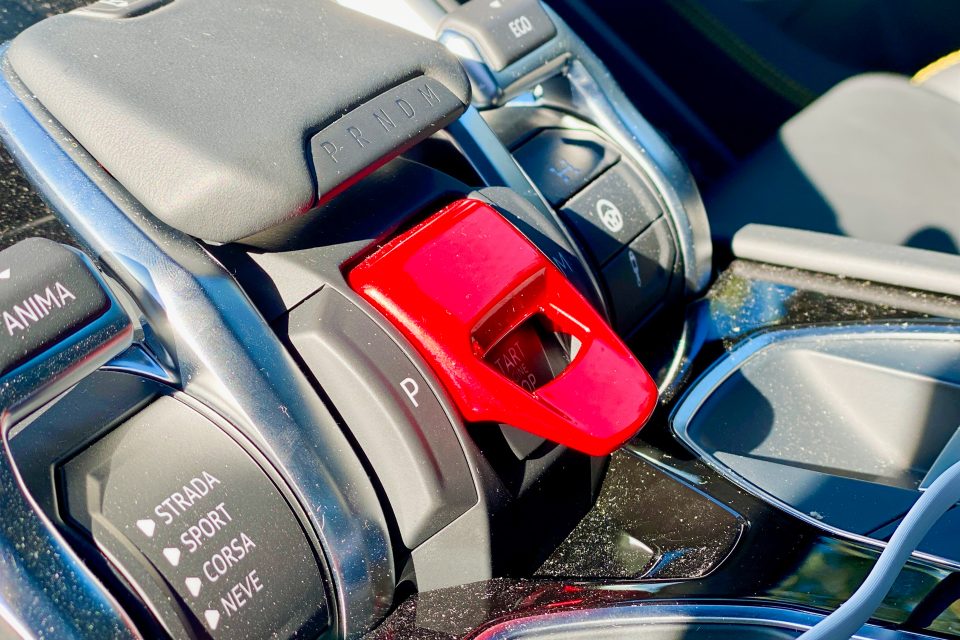 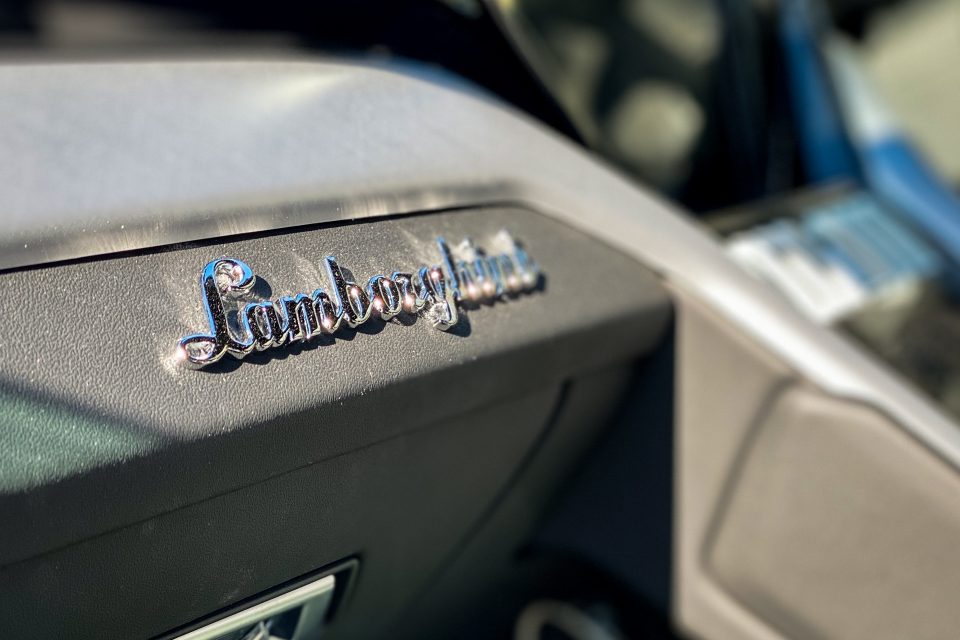 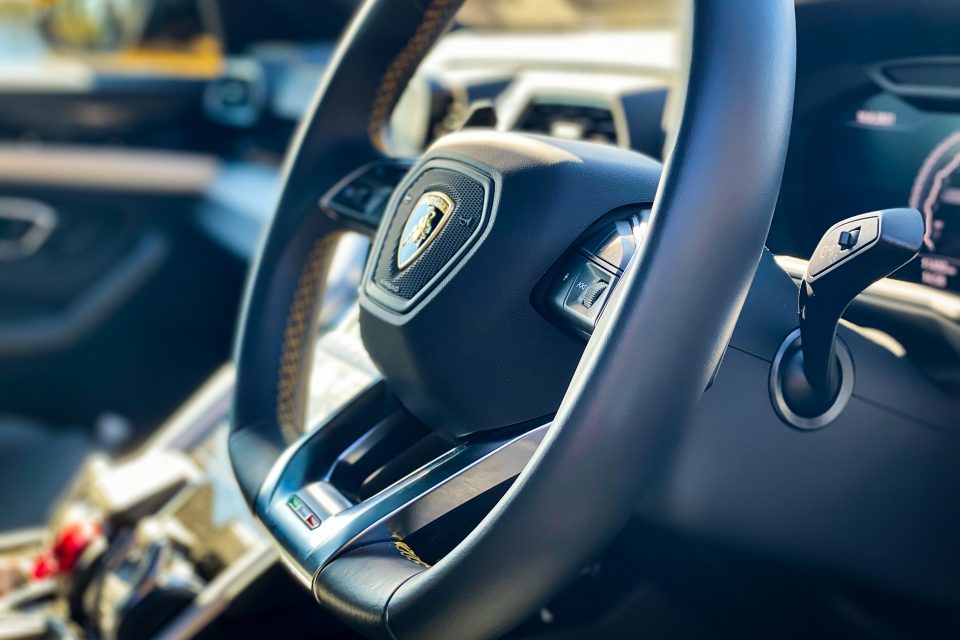 The driver’s seat in the Urus has finished adjusting by this point so it’s a case of flipping up the red toggle and engaging ignition (yes, just like in a fighter jet).

Here I am, meeting a superhero and it is not disappointing.

“How old are you?” Jack asks as we set off through the city streets. “Because try as I might, I could only get insurance to cover those over the age of 25.”

It’s a very ginger drive after that so, no, I’m afraid I can’t tell what one of the fastest SUVs in the world is like above 60km/h, except that, as Jack says, it’s “just like driving a Volkswagen, really”.

That said, there’s still the distinct feeling you’d get piping hot food if this was the car actually doing the EASI deliveries. 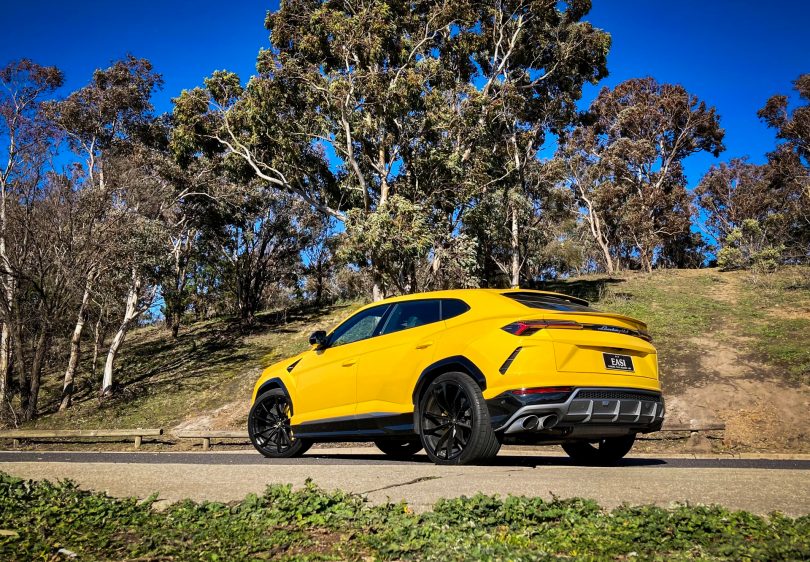 The Lamborghini Urus is based on the same platform as the Volkswagen Touareg, Audi Q7, Porsche Cayenne and Bentley Bentayga, but with considerably more pizazz. Photo: James Coleman.

What do you have tucked away in your garage? An exotic? A special edition? Or simply a car with an interesting past?

Email a few details about what you drive to jcoleman@region.com.au and you may well see your pride and joy displayed right here for all to drool over.

OK – RANDOM question. Can RIOTACT please put the Logout button on the side of the Submit button? I and others are forever clicking LOGOUT instead of SUBMIT when we write stuff. You’re the only site to put it in this order.

It will only accept submit if it is on the left?

It must have been designed by Fairfax people. 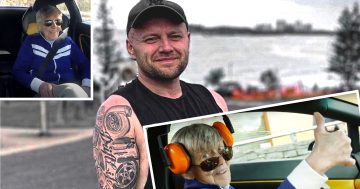