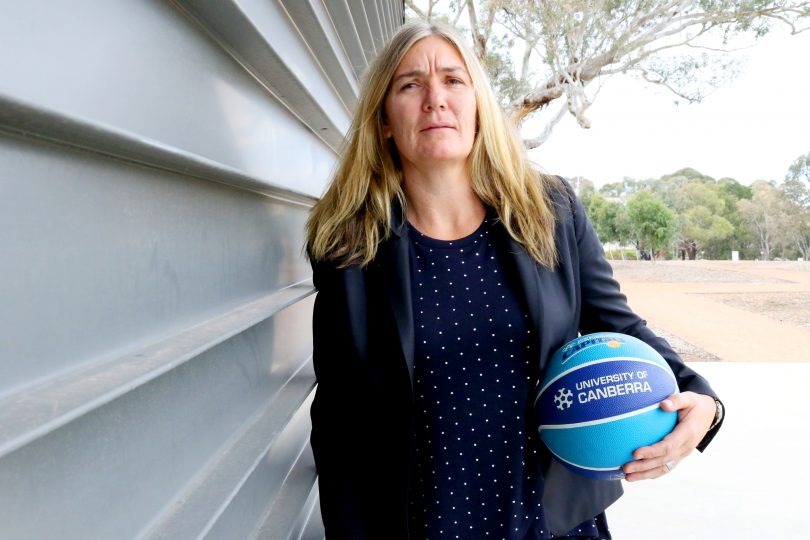 Carrie Graf will discuss the media’s coverage of women’s sport at the University of Canberra UnCover forum on 26 September. Photo: File.

Last weekend I was at the Canberra Cup Water Polo tournament and saw an all female-coaching team in charge of a team of 17-year-old boys. I sincerely hope the sight will become so commonplace at all competitive levels in the future that I wouldn’t even notice it.

As it stands, there is still a dearth of women in senior sports coaching. Just 15 of the 160 accredited coaches at the Rio Olympics were women, and the majority of coaches of women’s teams in national leagues are male. Netball is a notable exception.

Part of the issue has been, and continues to be, media coverage. Or the lack of it.

If mainstream media coverage of women’s sport increases, then greater acceptance and demand for women’s sport in the wider community will follow. That demand will translate into greater participation and improved pay for sportswomen. That virtuous circle creates new opportunities for women to compete and coach. Which is why the coverage of sport is so important. But not all coverage is equal.

However, for those looking to see how the day-to-day coverage of women’s sport should be done, look no further than Canberra.

In the ACT, women’s sport is mainstream, and the media treats it as mainstream. As a result, the coverage of teams like the UC Capitals, Canberra United and the Meteors is extensive, particularly when compared to coverage in other cities.

One of the main reasons is the dominance of women’s sport during the summer months. There’s no A-League, NBL or a men’s cricket team from the ACT in the national league taking space from women’s sport (but let’s hope that’s not the reason behind the dominance here). A contributing factor could also be Canberra’s progressive community when it comes to supporting women’s sport, which media coverage reflects.

There is another vital factor. People in the ACT have recognised that women’s sport is great to watch, and our team’s are extremely competitive and successful.

For women’s sport to secure coverage equal to that of men’s sport, the media itself must have buy-in and an audience with an expectation that women’s sport will be covered.

Canberra’s sports journalists deserve praise for the way they cover women’s sport. Caitlin Chalmers, Aggie Bradshaw, Brett McKay, Chris Dutton, Caden Helmers and RiotACT’s own Lachlan Roberts have led by example. Women’s sport is covered and celebrated for its excellence. It is, to these journalists, mainstream sport without the need for special ‘women-in-sport features’.

When it comes to decision-making on the broadcast of women’s sport on free-to air-television, decisions are still made in the male-dominated boardrooms of the major media organisations, and there appears to be reluctance to give women a sporting chance.

In some cases, it is deemed to be a commercial risk. But there is a counter-argument that greater investment in women’s sport, effectively giving it a platform, will establish women’s sport as a stand-alone product.

There will come a day when media organisations realise that there is value in broadcasting women’s sport. To be fair, there has been an improvement with coverage of the women’s AFLW, which has created demand for a longer season and greater commitment from media organisations.

There are social as well as economic benefits in broadcasting and providing general coverage of women’s sport, with greater participation resulting on the field, as coaching staff, and as officials. We’ve shown in the ACT how it can be done – now it’s time for the rest of our media to get on board.

The media’s coverage of women’s sport will be discussed at a University of Canberra UnCover forum entitled, ‘Levelling the Playing Field’. The forum features Carrie Graf, Kelsey Griffin, Virginia Haussegger and Chris Dutton on a panel to be moderated by Tim Gavel at the QT Hotel on 26 September from 6:30 pm. To register your interest for this free event visit Eventbrite.