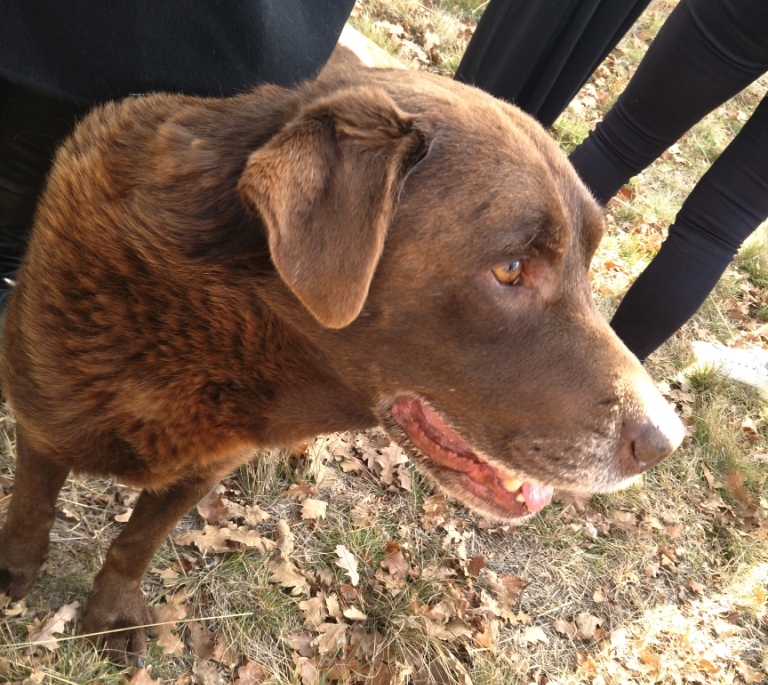 Meet Simba: he is a handsome 10-year-old chocolate Labrador, a former rescue dog, and now, very happily, a professional truffle dog (PTD). He has a position of responsibility, and every truffle season he works for his living, unearthing thousands of dollars worth of black gold – truffles. But Simba has a weakness; in fact two. He is addicted to hugs and the odd slice of hot dog

As we approach the halfway mark of the Canberra truffle season, it may be useful to not only the uninitiated but also the already converted to have another look at these strange magical aromatic fungus that mysteriously materializes under oak trees and have to be retrieved by trained dogs, or pigs.

Many of us regularly drive by those brown ‘tourist’ signs on the Majura Parkway that say The Truffle Farm. Well, recently I actually turned off the Parkway and went to meet Simba and his trainer and owner Jayson Mesman. I was first treated to an amusing and informative introduction as to how a relatively young Jayson became involved with the truffle industry: it would seem to be a professional dog-handler is a key element to being successful, and Jayson has immaculate credentials. 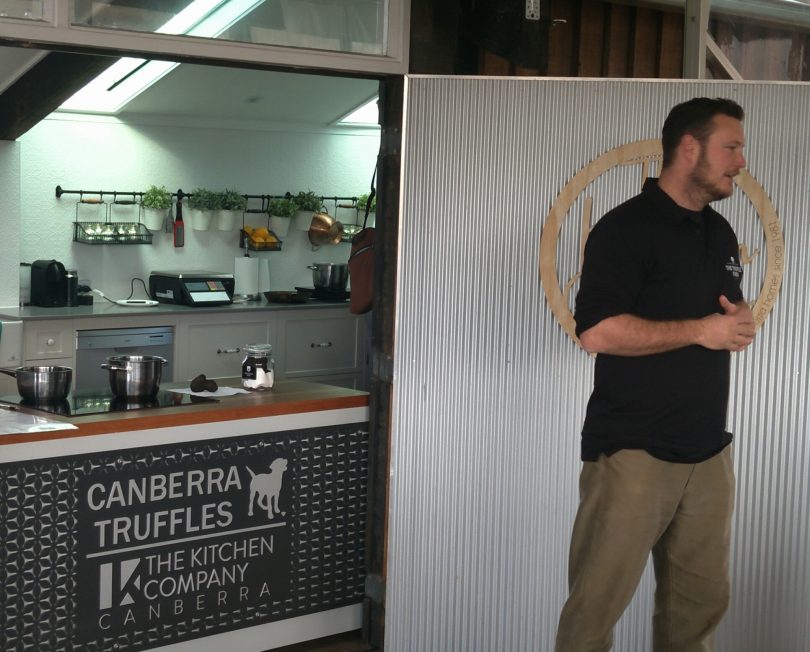 So just what does Simba, and his six other doggy companions (and two pigs!) do at The Truffle Farm to earn their living? I had a vague idea of the process of recovering these precious objects, but actually going on a hunt was exciting. The other 30 people also there obviously agreed with me! They ranged from interstate visitors, locals (some had been more than once), teenagers through to octogenarians, and even a couple from Singapore! All were intrigued about the whole process of growing, hunting, cooking, and of course eating truffles.

But first, we had to meet our professional truffle dog for the day. 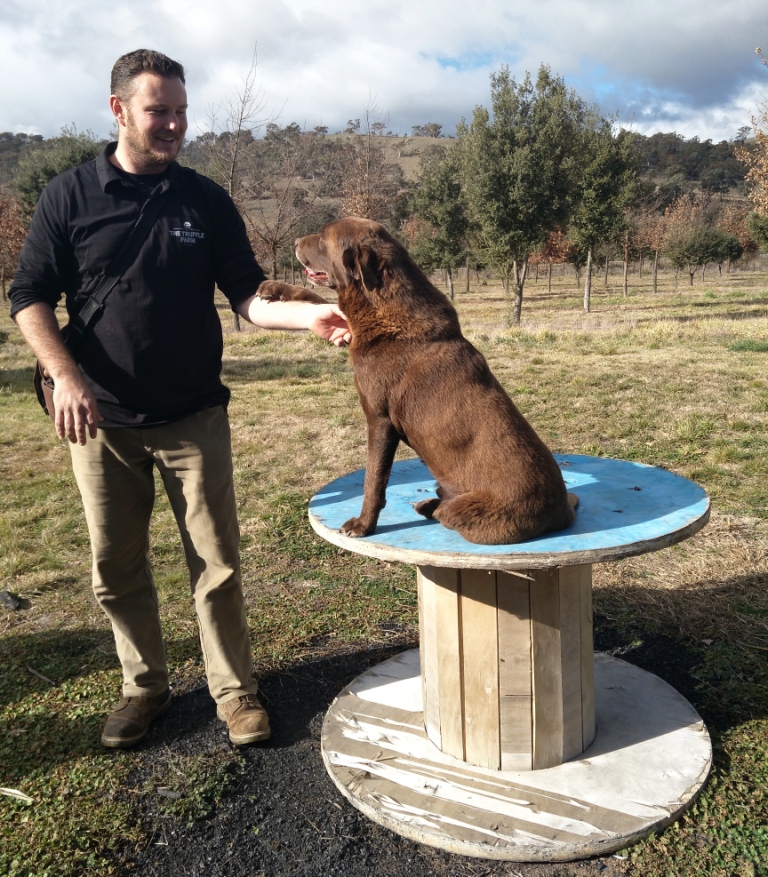 Simba’s home is The Truffle Farm, technically called a truffiere. It contains 4,000 oak trees inoculated with the spores that produce the second most valuable truffle in the world, the Perigord Black Truffle. The Truffle Farm is located on the slopes of Mount Majura and I could clearly see the satellite dish on top. Under these trees lie the extraordinary riches of the 2017 harvest of Black Perigord truffles. 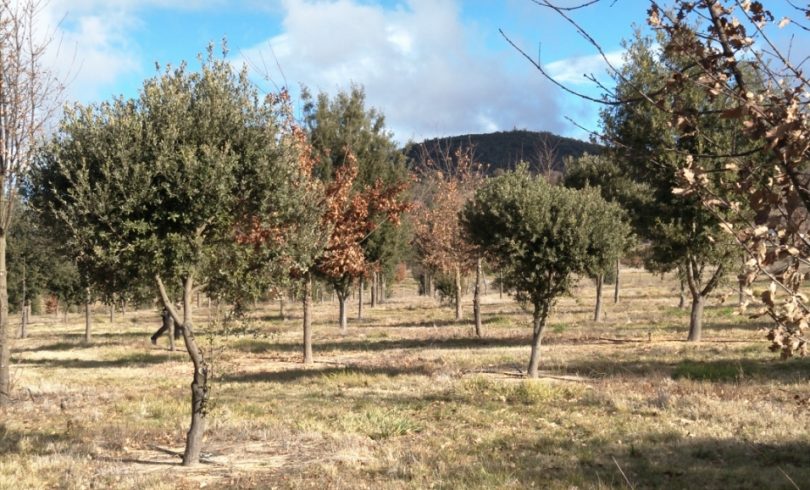 The truffle hunt guests assemble at the gate; Simba is given the command. He is off and quickly finds a potential truffle location. 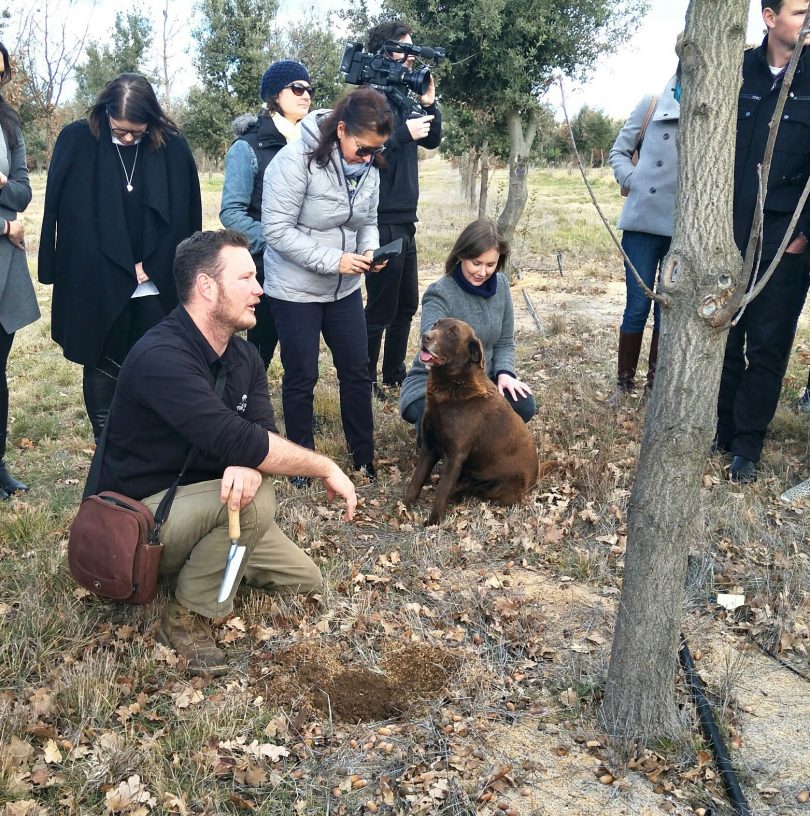 Do I detect that Simba might be a bit of a ‘show pony’ and ready to pose for the many cameras following his every move? 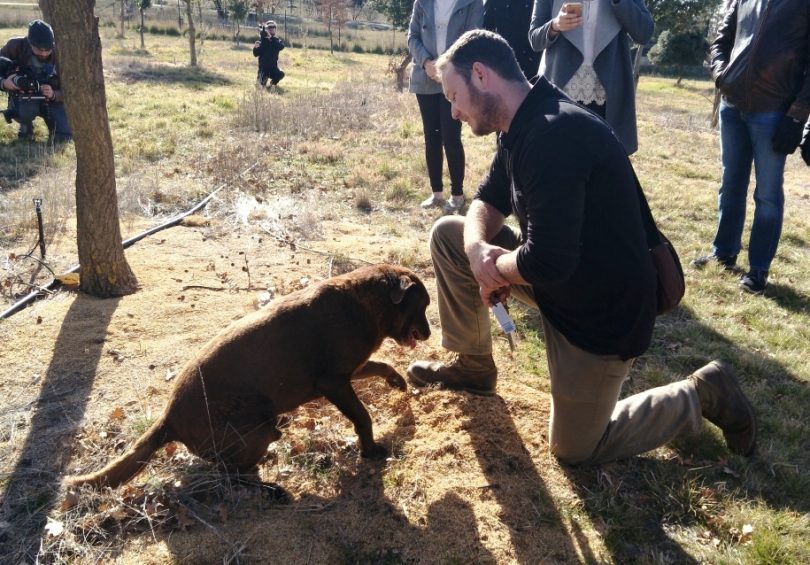 In swift succession, he finds a number of truffle hot spots, but the crowd becomes especially excited when we realize he may have found a really big one. 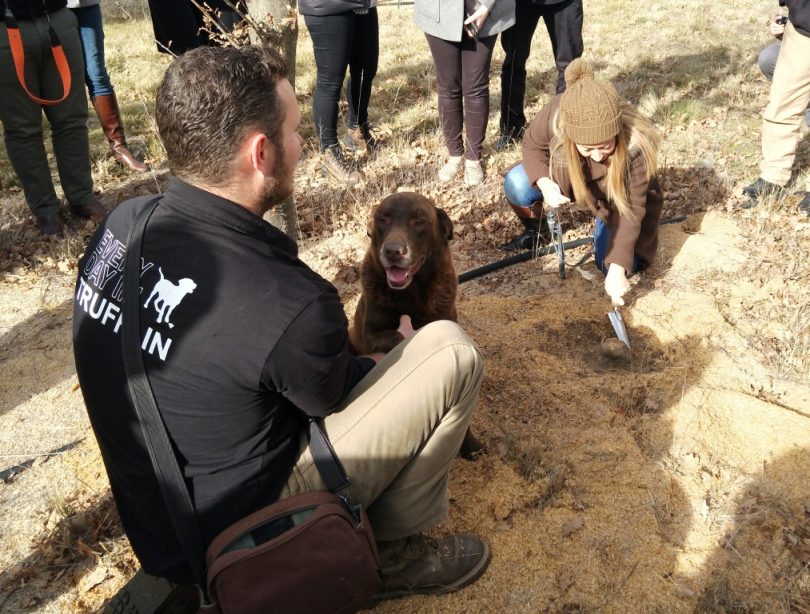 Simba, too, senses it is a big one and can’t bear to watch while it is unearthed. Despite careful instructions from Jayson to an assistant from the crowd to treat the exercise as though a relic was being unearthed from an archaeological dig, Simba is unable to watch. We all thought this truffle would be huge, but there were two together and the bigger of the two was probably going to end up weighing in at over 350 grams (retail value more than $700). This find is impressive, but sadly Simba hasn’t broken any records on this particular hunt. 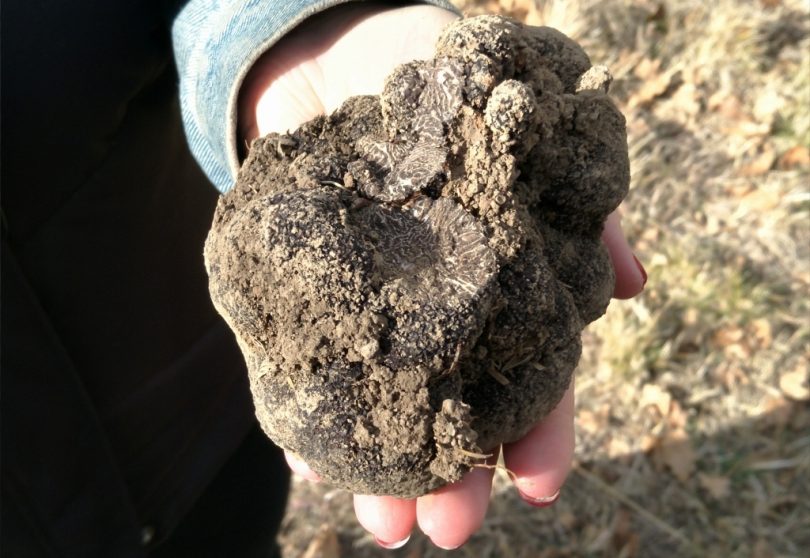 He accepts a warm round of hugs and then is off to find more. 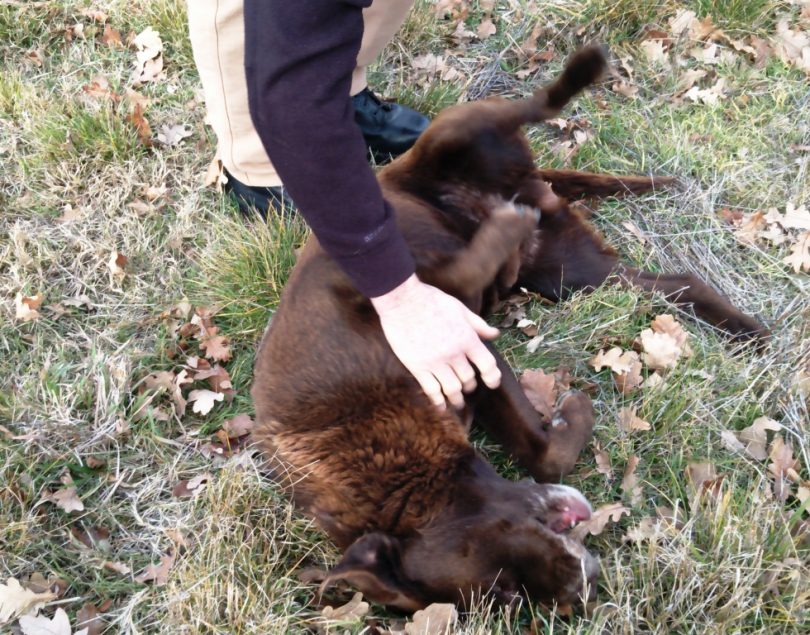 Long after the hunt has finished, I have washed my hands more than twice, but I can’t escape the wonderful pungent, woody smell in my palm. I think I will have to cook up some pasta and break into my new foil pack of freshly unearthed truffle.

So, if you are a bit intrigued and want to go on your own truffle hunt, check out what The Truffle Farm has on offer for the rest of the season: truffles are indeed black magic! I would like to think if Canberra ever gets a big ‘thing’, it could be a Big Truffle and would go well somewhere near the intersection of the Majura Parkway and the Federal Highway.

There are still a few wonderful truffle tasting opportunities to come this truffle season. Here are a few:

Canberra: Westfield Woden is hosting a Truffle Festival Market Day Saturday 22 July with a heap of events including cooking demonstrations and free sampling in the Central Court and activities for kids in the David Jones Court. Details here.

Braidwood: Truffle Central on Friday 28 and Saturday 29 July is a special regional event with a great program of activities. Details here.

Queanbeyan: The ever popular Christmas in July at the Queanbeyan Showground will have truffle tastings on Sunday 30 July, with Bungendore’s popular French chef Christophe Gregoire creating truffled ouefs a la neige (Snow Eggs!).

All photos by Maryann Mussared

Julie Nimmo - 42 minutes ago
I met Sue often. Always gracious and dignified. So very saddened when I heard that a 4x4 had killed her on the Com Av Bridge.... View
Louise Roberts - 4 hours ago
Sue was my daughters primary school teacher. My daughters favorite ever teacher. We still talk about today. Well deserved Sue... View
News 229

Dean Soccol - 49 minutes ago
Nathan Grieve in Queensland every time we get a fine we lose points. So if you are one of those that don’t care about the m... View
Nathan Grieve - 1 hour ago
Andrew Nelson not every offence comes with demerit points, so unfortunately that statement is incorrect View
Andrew Nelson - 1 hour ago
Nathan you’re forgetting what the points system is about View
Opinion 90