Meet the brothers representing Canberra at the Commonwealth Youth Parliament 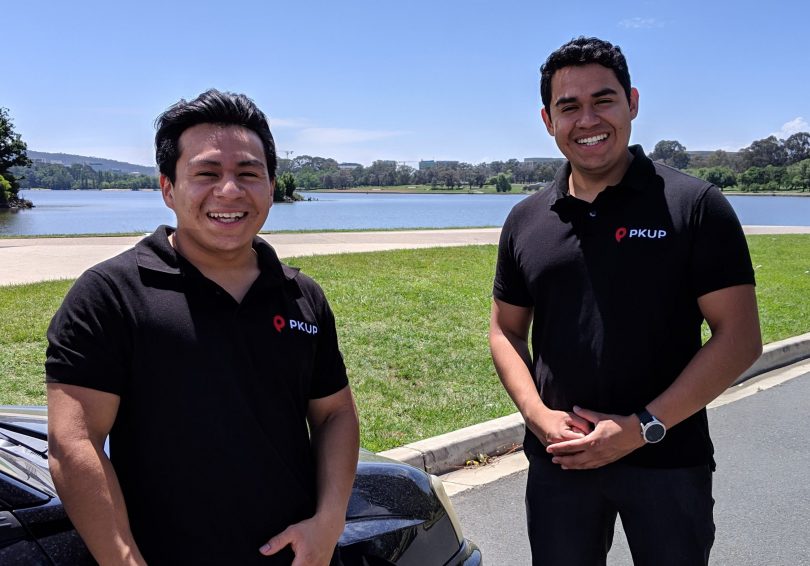 The ACT has sent two brothers to New Delhi to represent the Territory’s Legislative branch and discuss the biggest issues facing democracy and governance at this year’s Commonwealth Youth Parliament (CYP).

Brothers Oscar and Josh Gonzalez, who were both named 2019 Young Canberra Citizen, are in India this week as a part of an Australian delegation participating in the 10th instalment of the CYP.

“We were selected to go by Speaker [of the ACT Legislative Assembly] Joy Burch after she contacted us to see if we might be interested in going,” Josh told Region Media.

“What we’re keen on doing is learning about parliamentary processes in general. We don’t have a political background, we never studied politics or any of that, so we’re really keen to learn about the differences of these processes in different countries.”

His brother Oscar shares his enthusiasm.

“It’s a good experience for both of us. I think it’ll just be good to link up with like-minded people and represent the Canberra community in New Delhi,” he said.

The CYP will bring together over 50 young people from Commonwealth countries from 24 November to 29 November.

The brothers were selected to represent the ACT branch after they won the 2019 Young Canberra Citizen award for their work in the community after staring PKUP in 2016, a designated-driver service.

“It was really cool to be recognised for the work we have done over the last couple of years and what we’ve put into the community as well,” Josh says.

“We’ve always donated a bit of money. We started it to be social after talking about starting a business and creating something, but it was always going to be more than just creating a business. We’ve always wanted to help out, give back to the community and help other people and it just grew from there.”

Through PKUP, the brothers say they have been able to help charities like the Cancer Council, Rural Aid and Beyond Blue.

Learn more about PKUP and the Commonwealth Youth Parliament.

Nick Anderson - 3 minutes ago
Have you seen the blocks in Moncrieff, Taylor and Strathairn? Clearly the author has never left the inner suburbs. View
Chris Thomson - 21 minutes ago
James Bartholomeuz recall that Canberra is just a big country town. Barton is a bit different to what it was when Nan and Pop... View
Cary Elliot Johnson - 22 minutes ago
Tax those that don't plant out their large blocks. Encourage carbon capture on big blocks or move into an apartment View
Property 7

Joel Suryawanshi - 21 minutes ago
Sarah Young we are also forgetting that the greedy real estate agents are bumping up the prices and attracting investors from... View
Matthew Beale - 11 hours ago
Sarah Young sadly it comes down to being able to buy in only very outer suburbs, if you have a deposit. It is a seller's mark... View
Sarah Young - 12 hours ago
Robert Chisholm it’s crazy, I think they should do a 1 house rule at the moment, I read something last week about buying an... View
Food & Wine 15

Kevin Hodder - 11 hours ago
Rent, rates, stamp duty, taxes, work cover compliance ect and every thing else the act gov stings you! just so you can open t... View
Acton - 14 hours ago
Another stunning achievement for the incompetent Greens/Labor ACT government. Along with the highest rates increases, the lon... View
What's On 1

The world's first plumbing systems emerged around 800 years BC. Created by the Romans, aqueducts and pipes supplied water across...
Opinion 78

@The_RiotACT @The_RiotACT
The community has backed the government's Integrated Plan for the Red Hill Nature Reserve and surrounds. Both the environment and Federal Golf Club are winners https://t.co/O2Dee0YFDV (22 minutes ago)