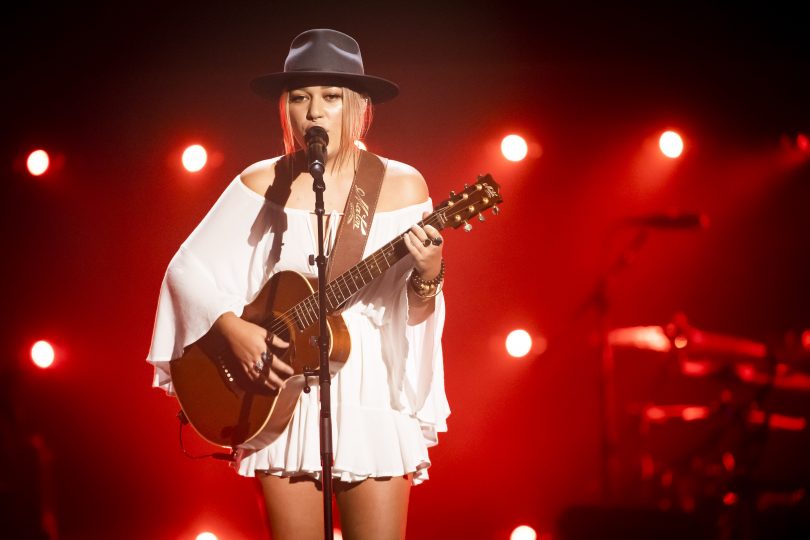 Local artist Vendulka Wichta promised herself that she would never go on another reality TV show after making her television debut as a 14-year-old on X-Factor. But now eight years later, she finds herself walking back onto the reality-tv stage.

Vendulka will make her debut on the show in an episode which will air next week, where she will perform her blind audition to convince the four coaches to turn their famous red chairs.

“The audition rounds are pretty intense, where everyone sounded really good, which was a bit scary,” Vendulka shared. “There are so many good artists on the show this year.

“For my blind audition, I chose to do a cover of one of the coaches’ songs but I have changed it up quite a bit to the point where you can’t recognise the song til it gets to the chorus. It was a ballsy move and I hope it pays off.”

Vendulka said since she left the X-factor stage eight years ago, she has only dipped her toes into her music but has decided that she will dive head first into her career in 2019. She said her motivation for entering the show was to expose her musical talents to a wider audience. 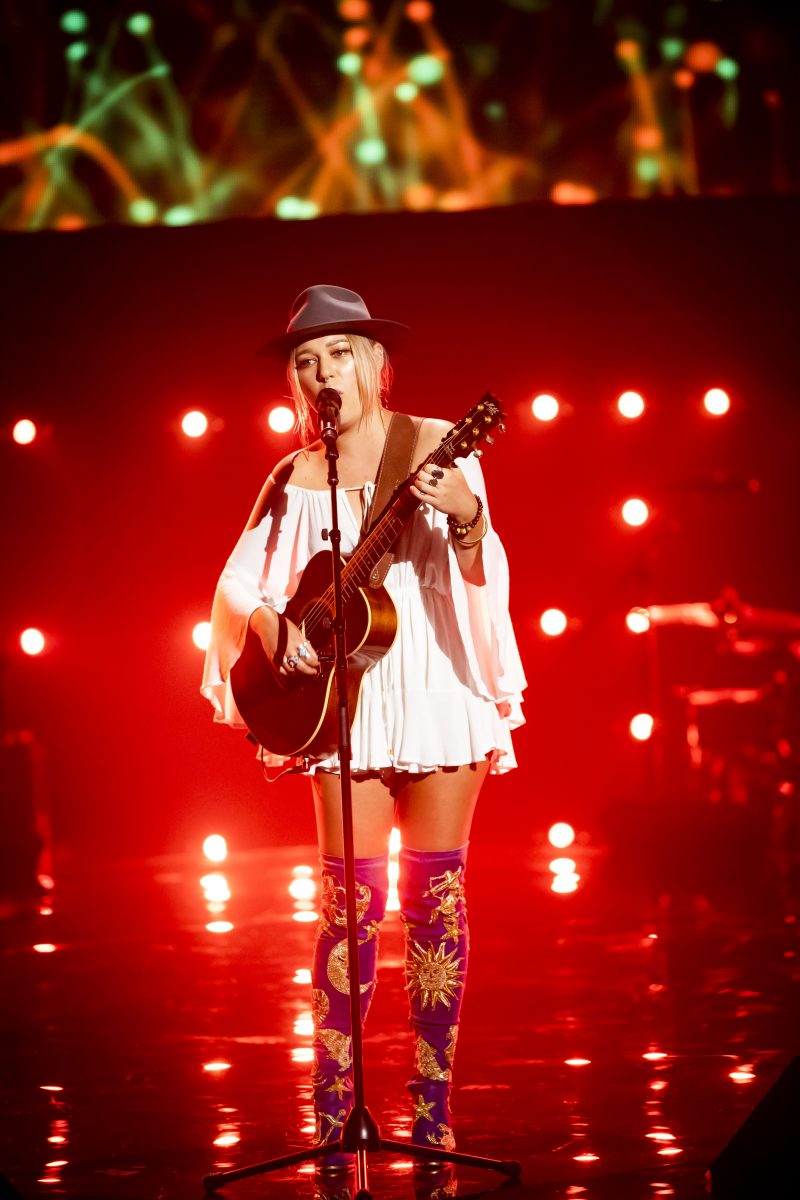 The artist has decided to pursue her music career with gusto this year.

“I saw this as a really good platform to get exposure and for people to know that I am doing musical things and to keep an eye out,” she said. “This year I decided to really dive into music and dedicate all my energy to it and that was the motivation to go on the show.

“X-Factor producers asked a 14-year-old me what would I do with my career if I didn’t win the competition that year and I told them that I would try again. So here I am trying again.

“I went into The Voice cautiously but the way the producers treat the artists is amazing and it feels like there are artists on the show rather than karaoke singers.”

Vendulka has recently released her new single Good Words, performed at some of NSW’s biggest folk festivals. She also toured internationally at the age of 14, is a two-time National Busking Champion and received praise from Jon Bon Jovi who called her an “old soul” and “storyteller” but she admits she still gets nervous walking onto the stage.

So will she watch her blind audition on TV?

“I’ll be in Sydney because I have some writing sessions booked on that night, so maybe I’ll sneak out of the studio for a bit and watch the show,” she said with a laugh.

“Watching some of the other episodes, I saw my face pop up for a few seconds which was really weird.”

Feri Rahmat Chandra Piliang - 10 minutes ago
worth to visit your embassy Antoine Vansteenkiste View
Simone Moss - 1 hour ago
Sarah Moss,maybe you need some alpacas 🦙 View
Lucy Coote - 2 hours ago
Tom Gilbert uhhhhh I mean at least we wouldn’t have to mow the grass… View
Opinion 44

Jimbo Lambert - 32 minutes ago
So what was the justification for reducing the Barton Highway section near Gungahlin Drive from 100km/h to 80km/h? It's dual... View
Martin Ross - 1 hour ago
Steve Jones transport Canberra buses don’t have flashing lights. Only Qcity ones do. And the local private companies don’... View
Peter Ball - 5 hours ago
Gai Wil - So given that logic, a 5 kmh limit would be OK with you yeah? I mean, as you stated if you don’t speed (regardles... View
Property 30

chewy14 - 5 hours ago
Capital Retro, You've claimed that nuclear power is the only economically viable alternative to coal. That is clearly not the... View
Community 1

Linda Stapleton - 6 hours ago
Oh the poor souls mowed near our home only a couple of weeks ago and oh dear the grass is now two feet high already. I feel s... View
Motoring 1

A few weeks ago, fellow columnist Ian Bushnell wrote about the proposed residential/aged care development on Cotter Road that will...
Lifestyle 24

A pair of alpacas has been brought into the Belgian Embassy in Canberra after foxes killed the ambassador's beloved pet...
News 20

Halimah’s Voice journey comes to an end, but she’s proven there’s a new Kyrgios on the block

@The_RiotACT @The_RiotACT
As families begin to settle in Canberra after fleeing Afghanistan, organisations such as Helping ACT are offering a valuable network of support. https://t.co/vJ4V4ufD66 (22 minutes ago)

@The_RiotACT @The_RiotACT
Sally Hopman reckons there's no need to #write yourself off if you are struggling with #computers. Just pick up the heaviest thing handy - ancient Remington #typewriters are always good - and take aim at the laptop https://t.co/5SoyRLLAhU (2 hours ago)