Meet the local woman given a third chance at life 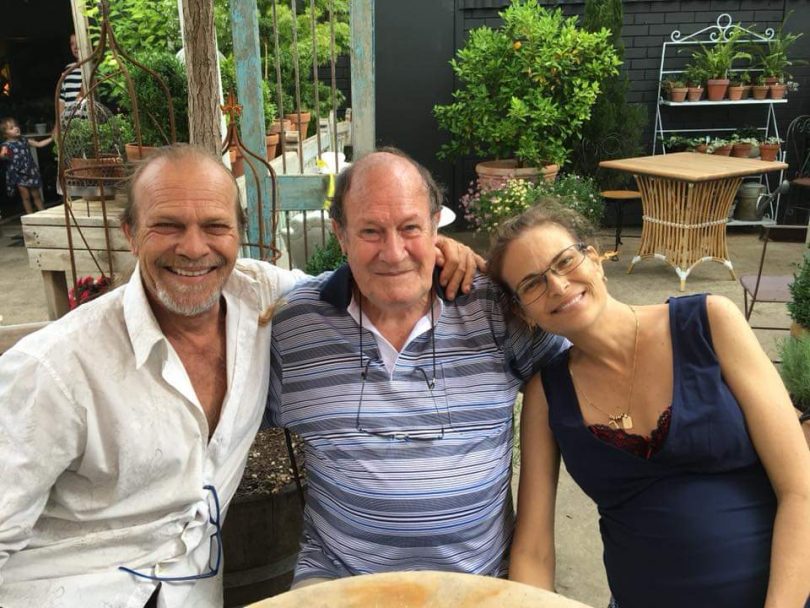 It’s not often that people are given a second chance at life, and it’s even rarer that someone is given a third chance at life. But that was the case for local woman Julianne Christie, whose life was saved by two people on two separate occasions.

16 years ago, Julianne Christie started to lose weight drastically and her skin started to turn yellow and itchy. She was not aware at the time, but she had symptoms of liver failure.

“My GP picked up that I had symptoms of liver problems so he referred me to a liver specialist, who couldn’t tell what the disease actually was,” Julianne said. “So I was referred to the Royal Prince Alfred Hospital, who diagnosed me with a rare disease called primary biliary cholangitis.”

Primary biliary cholangitis is a chronic disease that causes progressive destruction of the bile ducts within the liver and will eventually lead to liver failure. The disease, which is incredibly rare, has no cure. For a woman who had lived a healthy lifestyle, the news that she would need a liver transplant came as a shock.

“I could not fathom that I could be so sick that quickly and in such dire circumstance that I would be the one who needed an organ transplant,” she shared.

“I was always registered as a donor and I donated blood. I had a good diet, I was a netballer, I went to the gym, I didn’t drink or smoke and I was raising a six-year-old. I was fit and really strong.

“To me, it seemed ridiculous.”

It wasn’t for another three years that she received the phone call that changed her life. On Valentine’s Day 2006, Julianne was told to drop everything and rush to the hospital as soon as possible because there was a liver ready for her. She had been given a second gift of life.

Despite a new liver and strong medication to suppress her chronic disease, her liver started to fail again ten years later.

“By August 2017, I had new liver failure symptoms. I was super, super skinny but my stomach had swollen so I looked like I was 12 months pregnant with a baby elephant,” she said. “Everyone thought I was pregnant.

“The swelling even got so bad it broke one of my ribs.” 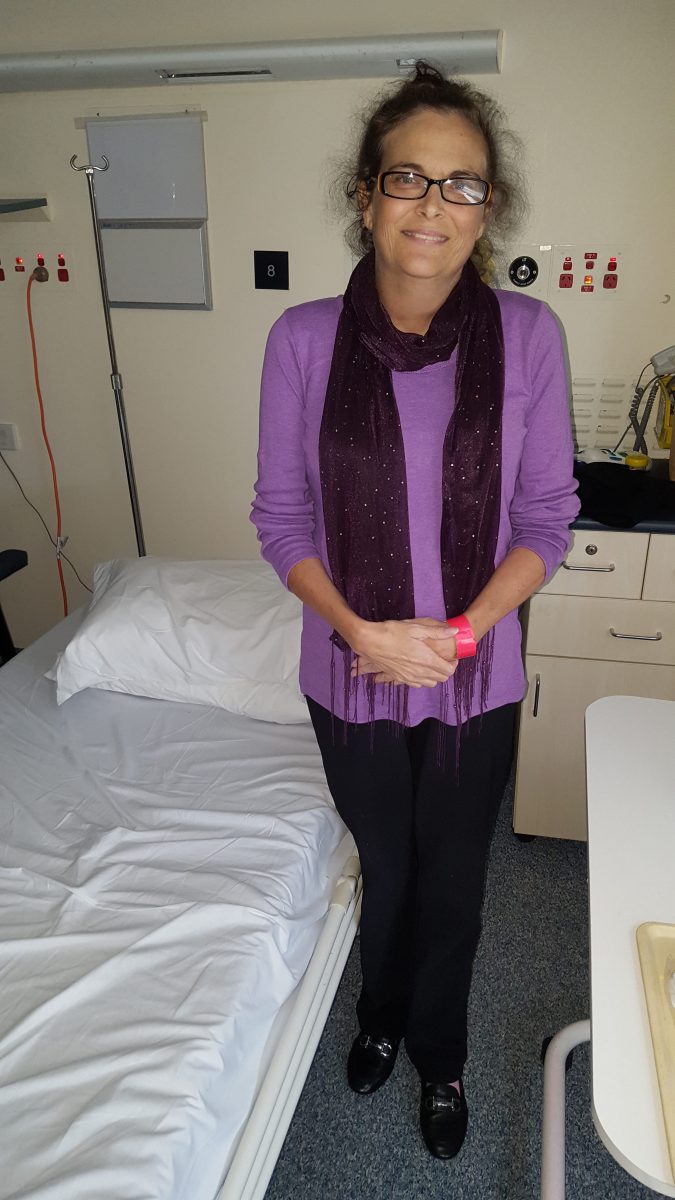 Julianne being discharged after her second transplant.

She quickly deteriorated and within a year, she needed a second transplant and it was back on the waiting list, painstakingly awaiting a phone call that could potentially never come or come too late.

But in March last year, the phone did ring, and on the other end of the line was her second saving grace.

Fast forward to 2019, and Julianne is set to join thousands of Canberrans at Regatta Point on 13 February for the DonateLife Walk, which aims to raise awareness for organ and tissue donation. The walk is very close to Julianne’s heart, knowing what she would have missed out if she hadn’t received the gift of life from two unknown strangers.

“We want to encourage discussion in the workplace and at the dinner table about organ donation,” she shared. 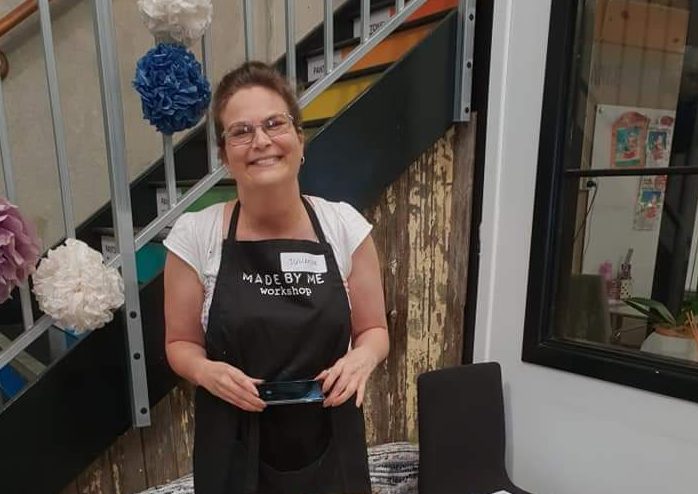 Julianne is now hoping her experience will inspire others to discuss organ donation.

“We want everybody to have the chat that saves lives with their loved ones to make sure they know each other’s decision about organ and tissue donation.

“Organ donation allows someone to continue living their life. There is so much that I would have missed out on and not achieved if I had not of received that first donation. I wouldn’t have seen my son grow up and graduate high school.”

Register for the DonateLife Walk 2019 by clicking here. For more information on organ and tissue donation in Australia or to register as an organ donor, click here.

Belinda Makrides - 44 minutes ago
Nothing against america, just rather my toyota to me built in Japan and I want a tesla built in USA there country of origin s... View
Mark Johnson - 3 hours ago
Belinda Makrides don’t think it would make a difference. Toyota have a pretty good rep no matter where they are made. The H... View
Mark Wallin - 4 hours ago
A car you operate rather than drive. View
Public Sector 14

Tracy Hancock - 1 hour ago
Nurse and midwife here. Have looked after patients who were Covid positive and didn’t know it when they saw me. I haven’t... View
Sa Rah - 2 hours ago
Yeah, not really sure this was well considered both for availability and practicality.... View
Jay Kay - 2 hours ago
So this wave will be a dead cat bounce, with another surge driven by children spreading towards their families. Hope business... View
News 12

Capital Retro - 2 hours ago
Well, it's the first one and it's a failure so they don't want all of Canberra to know about it so it doesn't matter really w... View
Capital Retro - 5 hours ago
Another ACT government "pop-up" failure. View
kenbehrens - 5 hours ago
CR, I'm not sure that he's been this far south? There's no Light Rail planned for Erindale! Why didn't they place this large... View
Property 6

doomattheend - 3 hours ago
Good to see the Greens MLA attacking a private school for a federal issue rather than keeping the labour party in check. Of c... View
Opinion 43

HiddenDragon - 3 hours ago
Boiled down, that sounds like an argument for more people on the public payroll in Canberra - good luck with that when the Au... View
Monda Scoltock - 4 hours ago
Alexandra Hunter - no doubt! View
JS9 - 5 hours ago
While the health system had in totality coped fairly well, I'm not convinced it has held up as well as it may appear. A not s... View
News 32

Kalo Arepo - 5 hours ago
Also in cases of bushfires gum trees explode like bombs whereas many species of exotic deciduous trees are fire retardant-thi... View
show more show less
*Results are based on activity within last 7 days

Over the past few years, Canberra's sportsmen and women have been prominent promoting causes and charities considered beneficial to the...
Community 113

NAPLAN tests results have again provoked controversy in Canberra, and your poll results are an indicator of a deep divide...
Best of Canberra 73

@the_riotact @The_RiotACT
#Canberra has plenty of delicious dining venues where carnivores, omnivores, #vegetarians and vegans can all enjoy a meal together. Here are some of the best https://t.co/plnOQDKZ25 (4 hours ago)

@the_riotact @The_RiotACT
This beautifully modernised three-bedroom family home at 27 Bullock Circuit in #Kambah is new to the market, offering an opportunity for a #family to snag a perfect first home on a prime piece of land https://t.co/RX2qhxXXVq (5 hours ago)