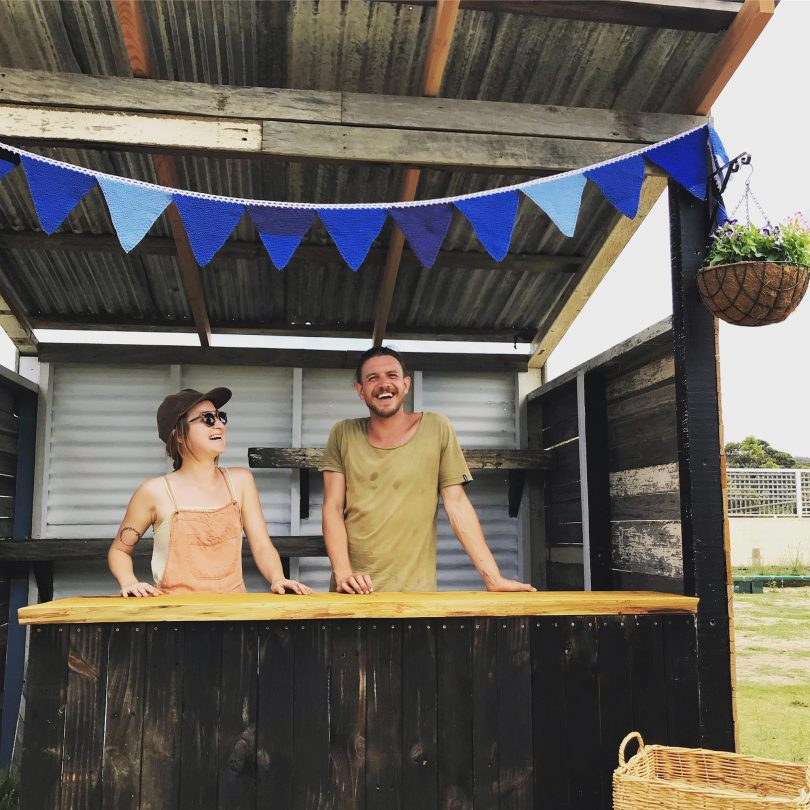 David Barrie was “sick of complaining loudly about everything that is wrong in our world,” and thought it was time to “try something in our local community” when, in late 2017, he and a group of volunteers pioneered ‘From Little Things Parklands’. Club Sapphire in Merimbula donated the use of their old bowling greens and an undevelopable piece of land along Merimbula Creek for the project – a total of 1.8 hectares.

Parkland’s vision comprises several parts – first, create a market garden farm on the disused bowling green owned by Club Sapphire, followed closely by establishing a farmers market on the site and, in the five -year timeframe, developing the banks of Merimbula Creek behind the club to be an outdoor education hub and community space. 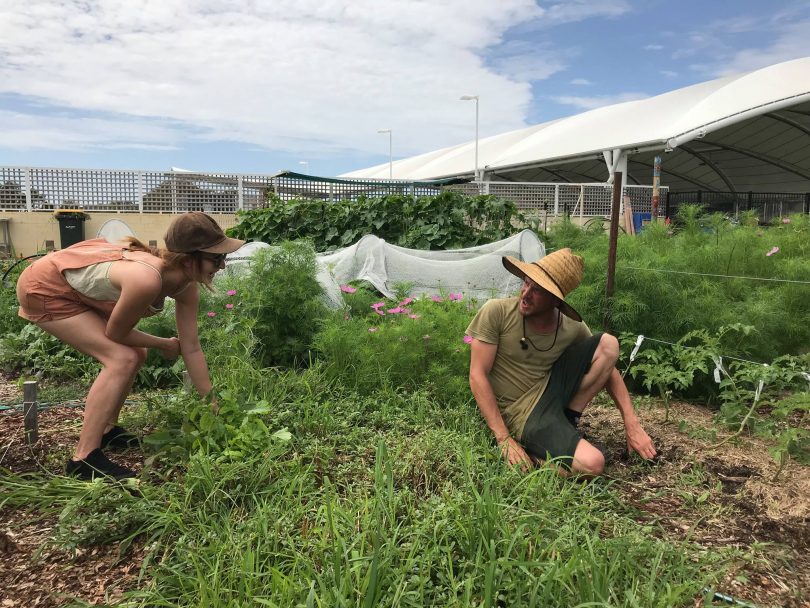 “This world is changing, fast, and we’ve all become a bit selfish. I’m determined that our community will be ready, whatever comes our way,” says Barrie over coffee at the Rockpool cafe with a handful of volunteers attending Parklands regular Sunday/Monday working bee.

“I’m scared about what’s happening with climate change. It has felt like we’re living in a tropical region this summer with all the heat, storms and humidity, which is exactly what’s been predicted.”

Although Barrie’s vision is strong, there have been a few setbacks along the way – the first, and most challenging, is the fence surrounding the garden site.

“No heavy equipment can get in here,” Barrie says with a sideways grin, “so you know what that means? wheelbarrows. Lots and lots of wheelbarrows. I think we lost half our volunteers over the last year because it was hard, heavy work moving biomass.”

The existing garden takes up about half of the two greens that Club Sapphire has allowed the group to use and it’s impressive to cast eyes over the woodchipped paths and composted beds and imagine how many barrows were needed to create it.

The other bowling green is the site of the weekly farmers market, slated to begin in early March this year.

It is empty except for one gorgeous timber market stall prototype and piles of tires denoting future landscaping. 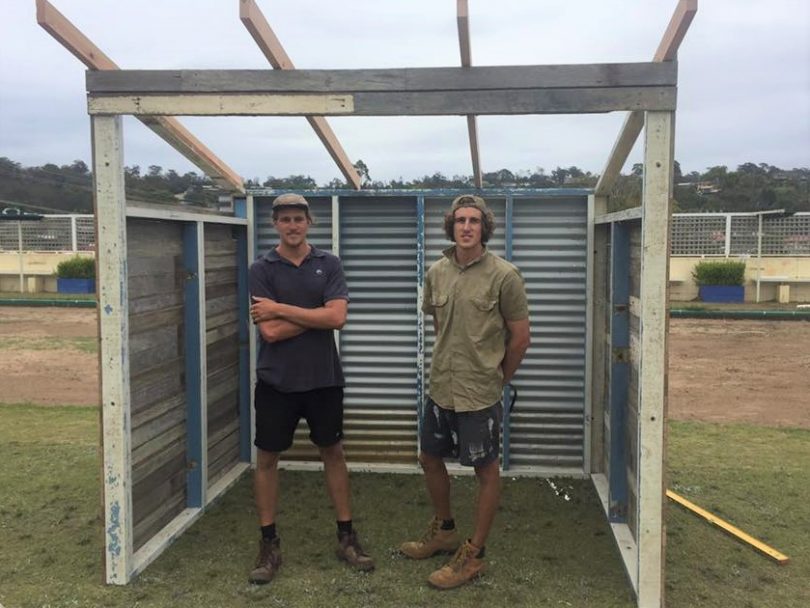 Callum and Arran Gravestein built the prototype market stall – Parklands are looking for anyone handy to build a creative stall out of recycled materials. Photo: Parklands Facebook page.

Barrie, who immigrated from his native Scotland as a young adult, appears to have limitless energy but says that the eight-hour days lugging soil have caught up with him at times.

“There have been many times I’ve wanted to walk out and cry,” says Barrie, who holds down full-time hours as a hairdresser at Arcuthi in Merimbula as well as his volunteer hours.

For that reason, and also due to his “extreme dyslexia” Barrie is particularly interested in handing off the paperwork side of things to other volunteers, as even keeping up with development applications is a full-time job.

Lockart jokes that the group is so keen for volunteers they considered trying to redirect people from the Sapphire gym to the garden. 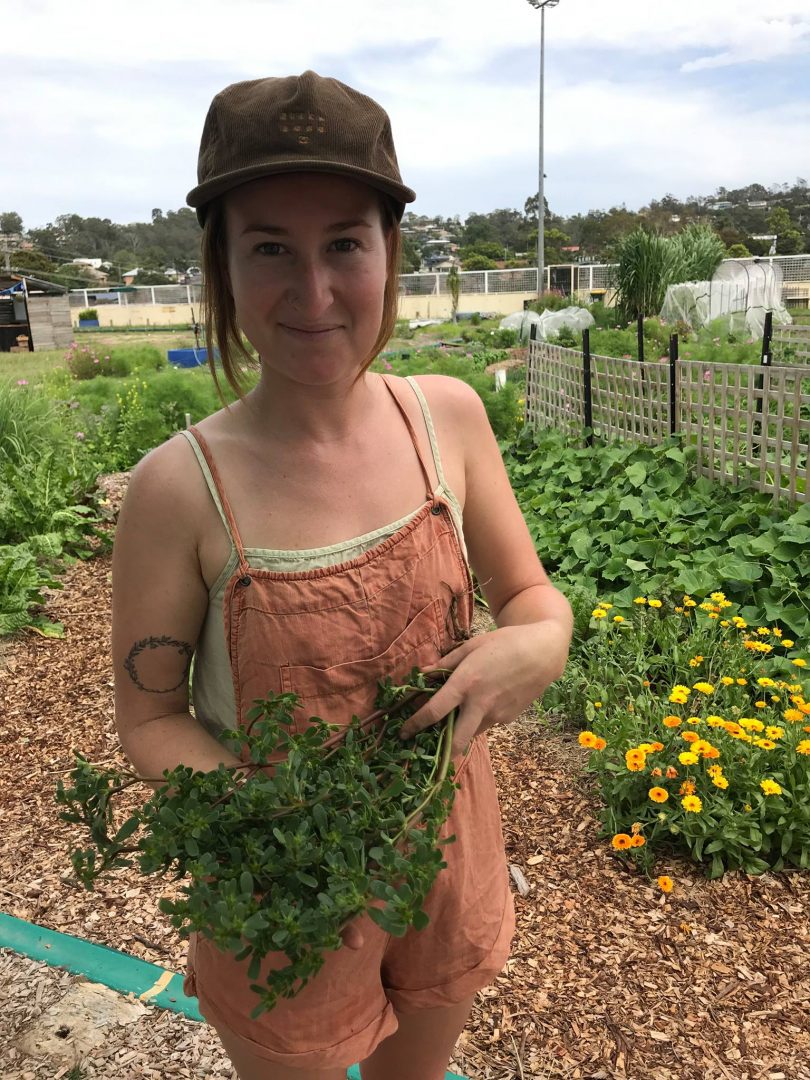 Elle Lockart holds purslane, often seen as a weed but also used as a salad green. “It has the highest levels of omega three of any plant,” Barrie says. Photo: Elka Wood.

While the garden is currently open on Sundays and Mondays, the hope is to soon have enough volunteers to have it open seven days.

Volunteers Gail Eivers and May Kerr are involved with Parklands in part through their volunteer roles with ‘Pearl’s Place’ in Pambula, which provides a free community lunch every Wednesday. 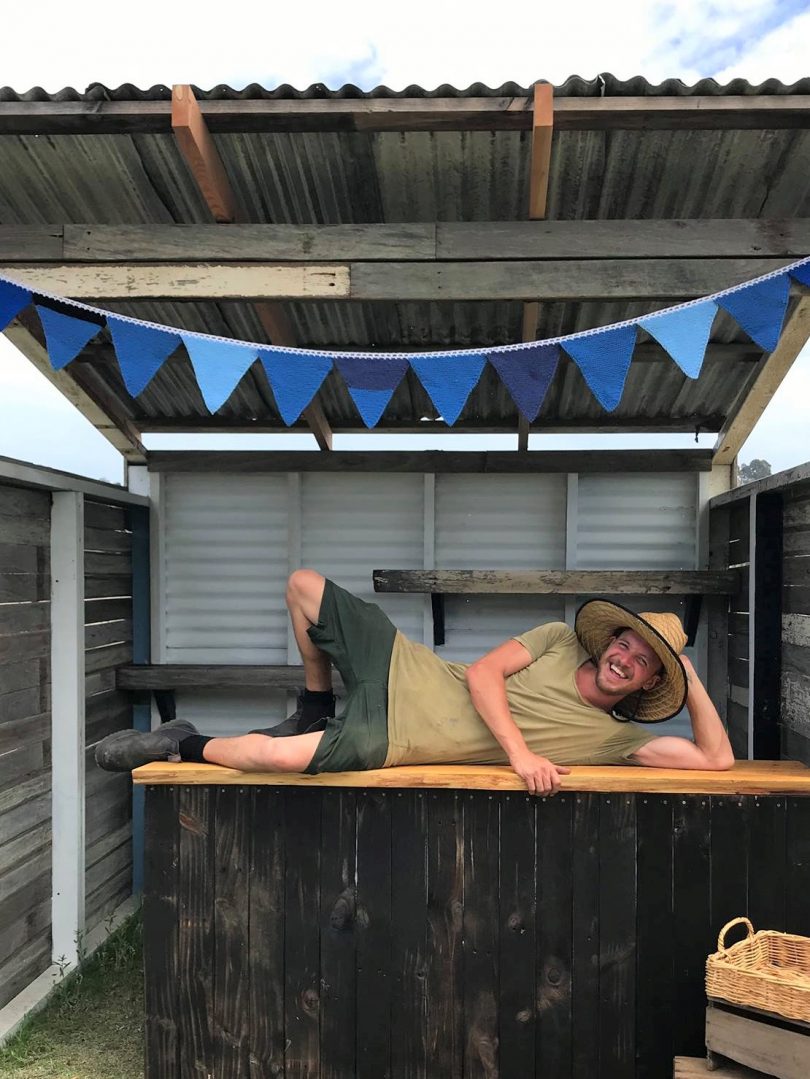 Volunteers of all ages warm to Barrie, who has been determinedly working towards the Parklands vision for about 5 years. “David’s enthusiasm is contagious,” says volunteer Gail Eivers. Photo: Elle Lockart.

Although they may not contribute much by way of barrows, Kerr and Eivers, in their retirement, have plenty to offer in terms of time, connections and organization skills.

This fits with Barrie’s vision for the community project – that everyone can contribute something, no matter their ability.

“We’ve been working with the disability trust to ensure that this is accessible for everyone,” Barrie says, “and we encourage everyone to come and check it out. Bring your kids. Make a cup of tea and do some weeding. Paint a mural, build a farmers market stand. Take home produce every time you come.”

The non-profit’s name comes from a song and saying ‘From little things …big things grow” but it seems that in the case of Parklands, what’s growing isn’t just big, it’s huge.

Watch this space and check out Parklands Website for more information.

Helen Topor - 22 minutes ago
Krystyna Topor a friend thought she was fainting (she was standing at the time). I thought that the shaking might be the begi... View
Anne Barnes - 29 minutes ago
While house shook in Shingle Hill Way Gundaroo View
Sally Asnicar - 43 minutes ago
My bum was plonked in my office chair as usual and I felt nothing. Zip. Nada. On Sydney's Upper North Shore. View
Opinion 13

Danielle Woodhouse - 24 minutes ago
Look at You Suzy! View
Robert Gannon - 2 hours ago
Foot in both camps , live in Wagga Wagga and Suzy is my niece 😎... View
Kelly Hitchings - 3 hours ago
Suzy Balogh there’s you xx View
News 103

@The_RiotACT @The_RiotACT
As part of Region Media, Riotact delivers news, views and information free to more than 700,000 unique readers every month. We've grown up with Canberra and now we are celebrating with a sleek new look https://t.co/kLK4zpxPwK (21 minutes ago)