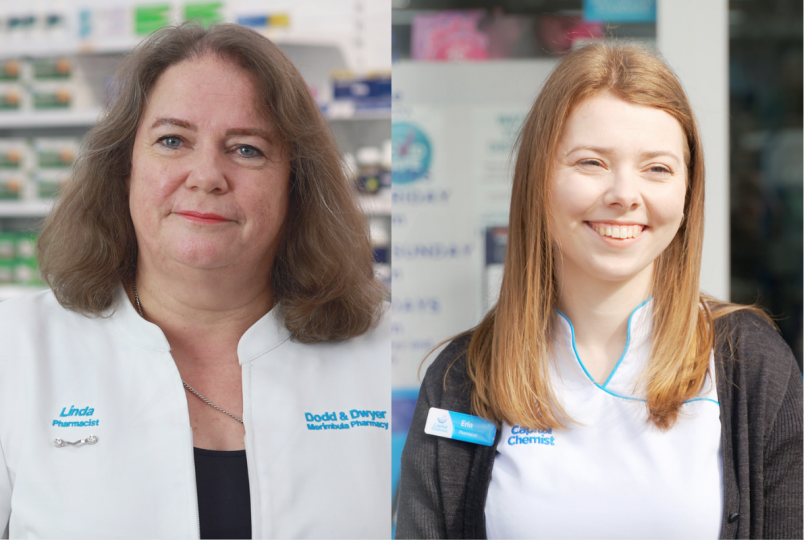 Linda Badewitz-Dodd (left) and Erin Cooper have been recognised in the Pharmacist of the Year Awards. Photos: Supplied.

When the bushfires struck, award-winning Merimbula pharmacist Linda Badewitz-Dodd provided emergency support to the town while her own home was under threat.

She and Canberra intern pharmacist Erin Cooper have been announced as winners in the Pharmaceutical Society of Australia (PSA) Viatris Excellence Awards 2021.

The PSA described Ms Badewitz-Dodd as a shining example of a community pharmacist and pharmacy owner excelling in patient care, innovative professional practice and community service.

“I’m overwhelmed,” she said of her win.

“There are so many pharmacists who I think could easily have got this award, so I’m honoured that I got it.”

During the 2019-2020 bushfires Ms Badewitz-Dodd provided emergency support to Merimbula while her own home in Tathra was under threat. She also supported the residents of nearby evacuated towns, including Eden and Bermagui, by mobilising face masks and essential medicines from Canberra.

It was an “eerie and scary” time, she said, and she did not know if her own home would be affected. She lived through Tathra’s bushfires in 2018 and she said it was horrific because her memories of that time came back.

“You were just trying to help as many people as you could,” Ms Badewitz-Dodd said.

“People had lost their homes, their medications and couldn’t see their doctors.”

She and her team did everything they could to get inhalers for people suffering from smoke inhalation.

“When we were here telling people it was going to be okay, they felt better because we were like this sustained point of calm,” she said.

Ms Badewitz-Dodd continued to care for her community through the COVID-19 pandemic.

Her pharmacy is one of the very few on the Far South Coast that provides coronavirus vaccinations and she said they had performed about 800 so far.

“It has been rewarding to contribute in that way,” she said.

The PSA said Ms Cooper has been exemplary as an intern pharmacist at Capital Chemist Wanniassa and as the National Australian Pharmacy Students’ Association (NAPSA) president.

While grappling with stressors that came from working throughout the bushfires, including almost choking on smoke, to dealing with COVID-19 and the disruption on work and study, she developed a NAPSA Intern Guide to help all interns through this critical year of their careers.

“It’s pretty exciting to know that what I’ve done, not only in my workplace, but through all my leadership activities during my intern year, has not only improved my role as a pharmacist, but obviously had an impact on others around me – and it’s really lovely to be acknowledged for that,” Ms Cooper said.

“I’m excited for where our role as pharmacists is expanding to, particularly with the increase in vaccinations we can provide – and professional services and the way they’re building in pharmacy, and I’m excited to see what new things we’ll be able to achieve in those roles in the future.” 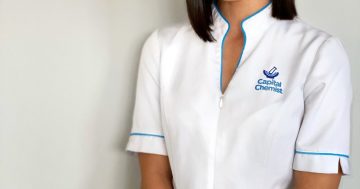