Merimbula Ocean Outfall - is that really our best option? 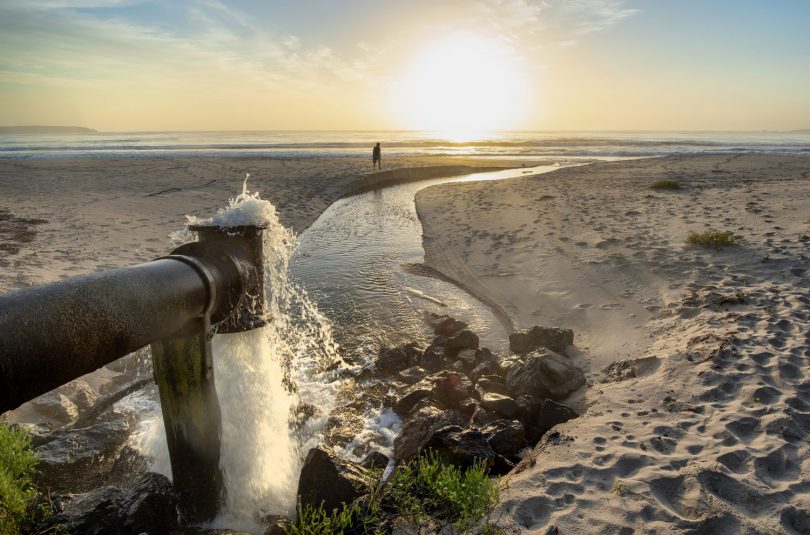 The poo pipe that once did extend into the sea was destroyed in the 1970s, ever since the remains of the pipeline have dumped excess treated effluent on to Pambula – Merimbula beach. Photo: Brent Occleshaw for BVSC.

The proposed ocean outfall for Merimbula Bay has been on my mind – perhaps a little too much, but at the same time, I feel like this is a big deal.

It wasn’t on my mind, however, when I walked into Bemboka Pie Shop to buy a caramel slice and a lamington for a ‘meeting’ I was headed into.

As I stood at the till paying for my goodies, I noticed a full page of signatures on a petition resting on the countertop.

“We the undersigned do NOT want a deep ocean outfall for our waste management,” the petition read.

“We would prefer the tertiary treated effluent to be used as a bi-product for making wetlands to attract birds. An irrigation system to farmers and or storage for times of drought. Similar to what the Byron Bay Shire has been doing for the last 10 years.”

The petition was launched on behalf of the Merimbula Sailboard Club by local abalone diver John Smythe, who is also a member of Council’s ocean outfall Community Working Group, and Marianne Kambouridis, the convenor of the Merimbula/Pambula Wastewater Alternatives group.

The fact that a petition at Bemboka, a village so far from the sea, had managed to attract a long list of signatures struck me.

But then again, Bemboka’s poo and wee does end up at the Merimbula Sewage Treatment Plant (STP) in the back of a truck after a septic pump-out.

I don’t think Bembokans realise their five-yearly pump-outs end up in Merimbula STP. In fact, all of the shire’s poo trucks dump at Merimbula. More so I think the strength of the response to the petition at Bemboka was more about the treasured Bega Valley environment and the commonsense of reusing wastewater.

“Our region’s reputation is based on our unspoilt natural environment and I am absolutely determined to safeguard our precious environment,” Mayor Kristy McBain said last month.

Being able to action those values and put resources behind them is always the challenge, which might explain why the region finds itself with a proposal that is at least six years old to build a 5 km pipeline into Merimbula Bay to discharge treated effluent.

There is much about Council’s plan that is compelling.

The existing beach-face outfall half way along Pambula – Merimbula Beach is simply unacceptable. When I first arrived in the Bega Valley 23 years ago I had to find this thing to believe it. Following a big storm in the seventies, the poo pipe that once extended into the sea was destroyed. The remains of the pipeline have dumped excess treated effluent on to the sand ever since. 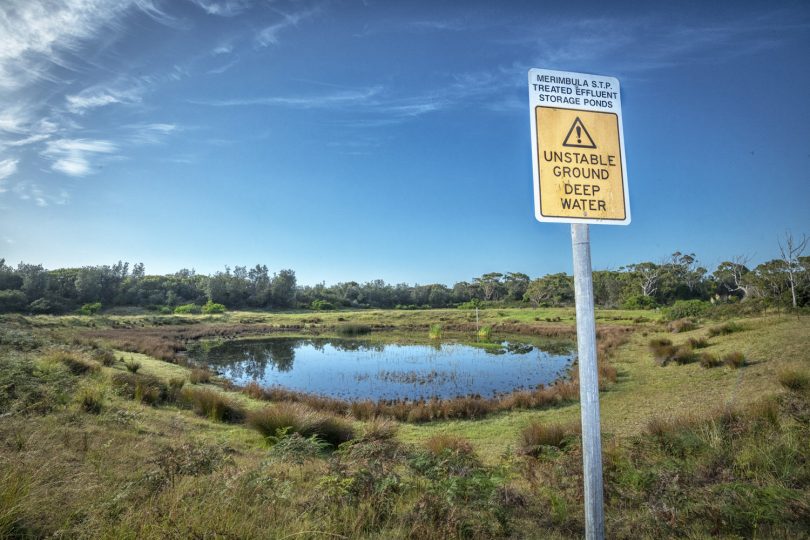 The dunal ex-filtration ponds in the sand dunes immediately behind the beach-face outfall is another, simply unacceptable, option. The treated effluent ends up in groundwater and finds its way into Merimbula Lake posing a threat to the town’s famous oyster leases.

On top of that, these sand dunes hold great Aboriginal significance.

At a Council media briefing about the ocean outfall project, local elders BJ Cruse and Graham Moore talked about the area being a burial site, with at least nine bodies.

“There is a high possibility of finding other remains,” Mr Moore explained.

“This was a place of tribal huts and was a consistent place of camping and was still in use by Aboriginal people at the time of Bass and Flinders.”

For all those reasons, in 2009 the NSW Environment Protection Authority (EPA) instructed Council to find better disposal methods but for the last 10 years has given Council a period of grace but not the big money to do anything.

The $30 million outfall project has however been listed as ‘State Significance Infrastructure’ implying that NSW Government money will be there when the project is ready. That day is getting closer with the Environmental Impact Statement due in May next year followed by project approval five months later.

A secondary part of the project is an upgrade to the effluent treatment process and infrastructure that allows for a greater potential for reuse. 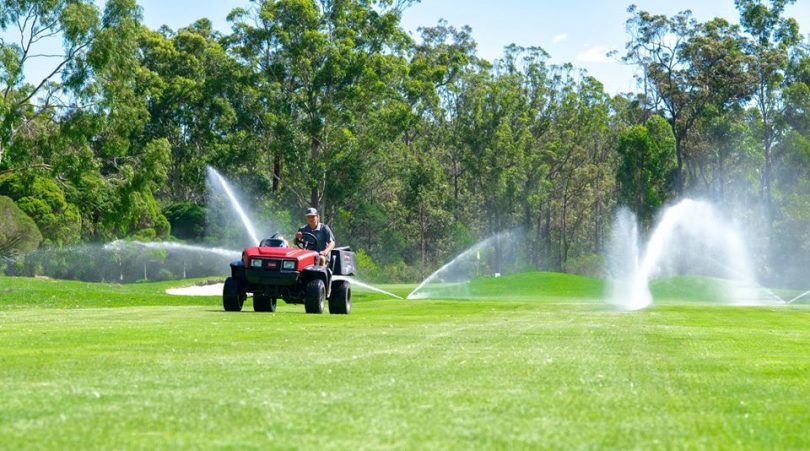 Council currently reuses about a quarter of the recycled water from Merimbula STP for irrigation at Pambula Merimbula Golf Club and Oaklands Farm.

“We’ve been distributing recycled water to the Pambula Merimbula Golf Club for over 40 years and irrigation to Oaklands began in 2013,” Council says.

“The amount of reuse varies according to rainfall and in those years of high rainfall, these sites need less irrigation.

“As much as we’d like to be able to, it is just not possible to reuse all of the treated wastewater because of our climate, existing land use and topography,” Council says.

In short, when it’s raining – we need a place to put this stuff.

‘Bio-solids have high nutrient value and can be used as a nutrient-rich organic soil conditioner on farms,” Council says.

“Bio-solids used to go to landfill but we are now supplying a contractor, who is working with local farms and the NSW EPA to reuse organic bio-solids.”

However, the kind of reuse options suggested as an alternative to the ocean outfall have been rejected by Council as being unsuitable. Indeed, some Bega Valley Shire Councilors have suggested the EPA wouldn’t allow wetlands and the like.

The reasons given come from qualified, experienced Council staff and seem sound, but essentially go back a decade.

The one thought I haven’t been able to resolve is that in these times of a changing climate, dumping what is already close to being fresh water into the ocean is our best option. It might have been in 2009 when this issue come to a head but in 2019?

In the almost ten years this project has remained unfunded by both sides of politics at a State level. Bega Valley Shire Council and the community more broadly have embraced a range of bold environmental initiatives – FOGO is the most recent and obvious.

Is something equally as bold possible with the shire’s waste water?

The Bega Valley has 10 ocean/river/beach face outfalls all discharging into an environment we treasure, the fact that after 10 years the NSW Government hasn’t yet funded the Merimbula STP upgrade presents an opportunity to do something different.

Cake anyone? I know a great little bakery!

Do you think the decision to build an ocean outfall at Merimbula should be revisited or are we too far down the track?