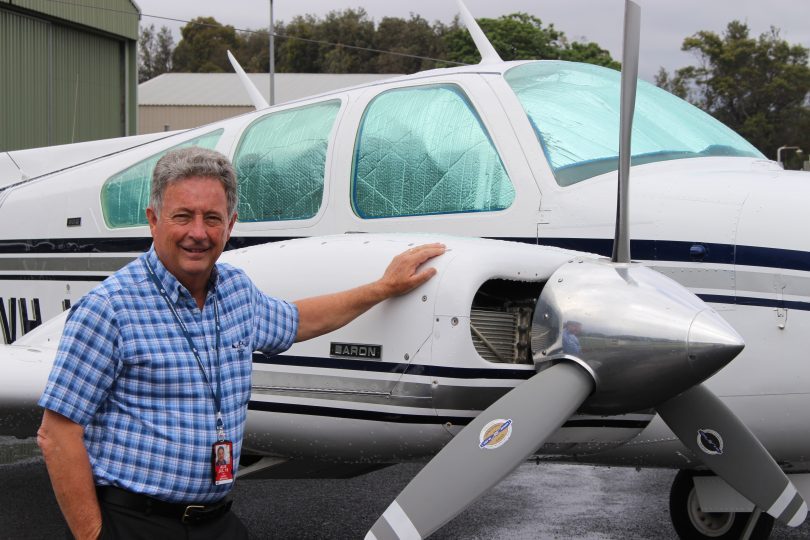 As the Sydney to Hobart fleet prepares to race towards Constitution Dock, one race in particular out of the event’s 73-year history is being remembered.

This year marks 20 years since the race of 1998 which claimed six lives, five yachts, saw 55 sailors rescued and the largest peacetime search and rescue mission ever mounted in Australia.

And Merimbula Airport was at the centre of it all.

Ian Baker is a career commercial pilot and took over the running of the airport in 1997.

“At 2 am on the 27th (December 1998) I was nice and comfortable in bed, I could hear the rain on the roof and I received a phone call from the local police telling me that there were 50 men standing in front of the airport terminal and could I come and do something about it,” Mr Baker laughs.

The Navy had arrived in Merimbula and a rescue mission was unfolding in the ocean to the east.

A super strong low-pressure system was unleashing its energy on the fleet which had only left Sydney Harbour at lunchtime the day before. One hundred and fifteen starters set off in favourable conditions, but only 44 would make it to Hobart.

“Two sea king helicopters were out there searching, so I opened the terminal up. They were all soaking wet, I put the jug on, set them up with some tea and coffee and said I’ll be back at 5 o’clock.”

In amongst the Navy crew from HMAS Albatross, who were making themselves at home in Ian Baker’s terminal, normal Hazelton and Kendell airline flights to Sydney and Melbourne were ticking over.

“It was extremely windy and it started to become obvious that something seriously wrong was going on out there,” Mr Baker says.

Winds at sea were gusting up to 150 km/hr. Five boats were sunk in the massive seas, seven were abandoned. The rescue effort Merimbula Airport was involved in was building momentum. In the end, the effort took in countless aircraft and vessels, and 1,000 personnel.

“The Australian Maritime Safety Authority put out a call to anyone with a light twin-engine aircraft to join the search,” Mr Baker remembers.

“Word went far and wide and by the end of the day, we had 45 light twin aircraft here on the ground.

“We had nowhere to park them, no facilities to cater for them, no accommodation – ’cause the town was full, this is Christmas time.

“There was no accommodation for the Navy either, they managed to get the pilots into a motel in Bega.

“So I rang up the local Anglican Church and said – is there anything you can do?

“We ended up with 25 beds in our new baggage handling area.

“For the next three days it was a dormitory,” Mr Baker laughs.

Fourteen helicopters soon arrived to add to the logistical challenge.

“And they are not terribly gracious around light aircraft, they’re inclined to blow things around.”

Air traffic control remained the responsibility of each individual pilot. Mr Baker was grateful there were no accidents.

By four o’clock on the first day more human needs presented themselves as thoughts turned to dinner and feeding the masses.

Mr Baker says he went home and got his barbeque and with the support of friends – including airport business partners Ron and Lisa Finneran – and strangers, started cooking sausages.

“That continued for five days, I don’t think that barbeque got cold,” he says.

“We were buying meat by the bushel box, buying apples and oranges by the case and loaves of bread by the dozen.”

All the aircraft flying in and out of the airport attracted spectators, “It was like there was an air show on,” Mr Baker says.

Media added to the challenge, especially as rescued sailors, alive and dead, were brought back to Merimbula Airport.

“Word got out to the media that the first body was coming back and everybody wanted a photo,” Mr Baker says.

“We had no security fence in those days.

“So I had between twenty and thirty journalists running down the taxiway, in front of all these light aircraft coming in and out.

“They were going stupid and I had to call the police to try and control it because I was worried we’d have a fatality at the airport.”

Reflecting on those five days, twenty years later, Mr Baker says there was a determination to help and see it through that carried everyone involved. 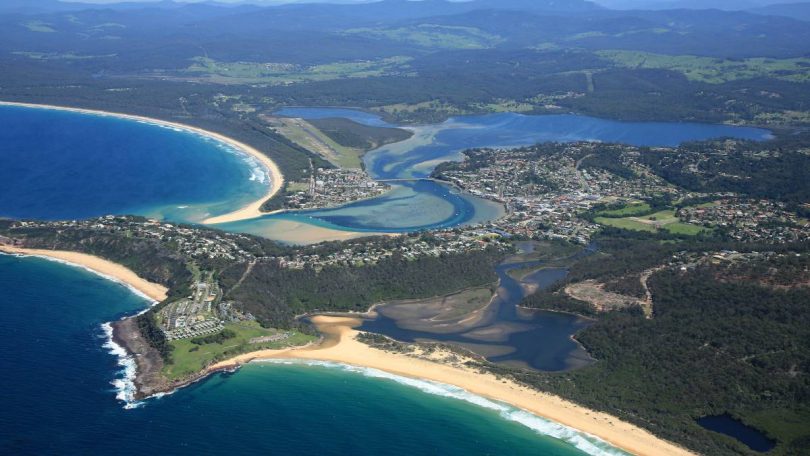 A coronial inquest followed at Eden Courthouse. NSW Coroner John Abernethy was critical of both the Cruising Yacht Club of Australia and the Bureau of Meteorology.

“I find that the Race Management Team was organised in such a fashion that at the time of crisis it was to all intents and purposes, valueless to the Race Fleet,” Mr Abernety wrote on page 127.

He also criticised the Bureau for making insufficient efforts to inform race officials of a dramatically upgraded weather forecast and about the severe storm developing south of Eden.

Mr Baker says airport management made a submission to the inquest, not so much about the race itself but about emergency response and management.

Better access to airport fuel bousers is one change that followed.

“I can’t believe it was twenty years ago – it’s gone so quick,” he says.

“If it happened again the airport is in a far better situation now to be able to manage it then we were at that stage.

“But I hope that never happens again.”

With a tremble in his voice, Mr Baker says his lasting memory will be farewelling the final Navy crew to leave his airport.

“We were absolutely exhausted, we stood out on the fence to see them off and they did a flypast for us – it was very touching.”

Also the crew on Southcare Helicopter from the ACT they were amazing.

Perhaps you could have also mentioned the role of the Batemans Bay Coastal Patrol who risked their lives to save the crew of the ABN Amro in the 1998 race. The five volunteers were awarded Bravery Awards for their actions.