Matthew John, 34, has been sentenced to eight months in jail. Photo: Albert McKnight.

A father of four who used to have a $1000-a-week meth habit will spend months in jail after being sentenced for drug and gun charges.

Matthew John, 34, began taking methylamphetamine when he was just 18, and his use spiralled into such a problem he was unable to sleep for three or four days at a time.

He had only been released on parole in March 2021 when he came to the attention of police again on 27 May.

They spotted him walking towards a stolen Audi A3 parked in the northern Canberra suburb of Taylor and when they stopped him, he was carrying the key to the Audi. He also told police he had drugs and an “airsoft” gun in his bag.

“The defendant stated it was a pistol like the ones the police were carrying and that he ‘bought it off a bloke the other day’,” court documents state.

A search of him found the replica Glock 17 airsoft gun, 19.4 grams of methylamphetamine, 18.5 grams of steroids, small amounts of cannabis, LSD and ecstasy, as well as digital scales and clip seal bags.

“A short time later, the defendant declined the opportunity to participate in an interview regarding the property found in his possession, stating that he had consumed Wild Turkey-branded premixed bourbon and ‘ice’, which police understood to mean methylamphetamine,” the court documents say.

John came before the ACT Magistrates Court for sentencing on Wednesday (20 October), where his Legal Aid layer Mr Rutzou said his client was a heavy user of methylamphetamine and a large amount of the drugs found on him was for his personal use.

The Alice Springs-born John, who has worked in construction and mechanics as well as as a removalist, had also claimed he didn’t know the gun was illegal.

But prosecutor Crystal Holt disagreed with Mr Rutzou’s assessment of the gun, saying while it would not be as serious as if it shot bullets, it was still a weapon that could result in quite significant harm.

Mr Rutzou said John’s long-time relationship with his former partner had broken down just before he was released on parole and he accepted he didn’t handle the break-up well and had turned to drugs.

Magistrate Robert Cook noted John had reoffended within two months of being released on parole.

Also, he said the charges John pleaded guilty to – trafficking in a controlled drug other than cannabis, unauthorised possession of a firearm, unlawful possession of stolen property and possessing anabolic steroids – were not high in the list of actions that would show an intent to more towards rehabilitation.

John was sentenced to eight months’ jail, which will end in June 2022. 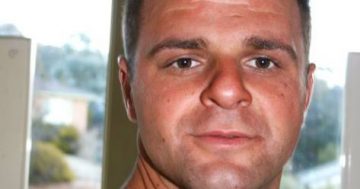