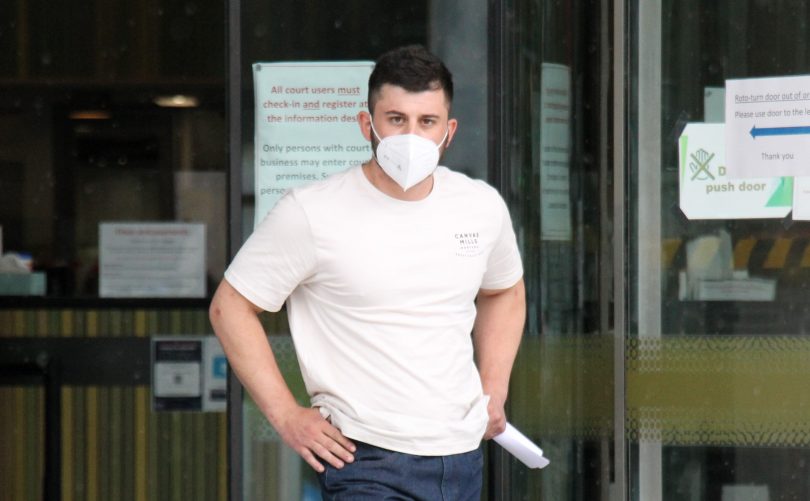 An accused drug trafficker allegedly caught with meth and thousands of dollars in cash was apparently seen trying to eat banknotes after being arrested.

According to court documents, police were called to a home in Lyons at about 11:30 pm on Monday (18 October) after reports 23-year-old Ryan Kyle Tonna was allegedly in a drug-induced psychosis and had been throwing objects from a balcony.

Police approached him as he went to leave the home. Tonna was reportedly wearing nothing but white ankle socks and shorts.

They said Tonna showed “visible signs of a drug-induced state”, and he allegedly told them he had taken a small amount of cocaine and Valium. He was arrested, put into the cage of a police car and taken to a watch house.

When they arrived, the police had “technical difficulties” getting into the cage and allegedly saw him “continually” pulling several banknotes from his pants and attempting to eat them.

When police got into the cage, they seized $4510 in cash as well as the remaining white powder, which is alleged to be 18.4 grams of methylamphetamine.

Tonna, who says he is an apprentice tiler, was charged with trafficking methylamphetamine and possessing property suspected to be the proceeds of crime before he applied for bail in the ACT Magistrates Court on Tuesday (19 October).

Legal Aid lawyer Solitaire Zahnleiter claimed the white powder said to have been found on her client would not return a positive result for illicit substances and the cash had been lawfully obtained.

She said Tonna had been taken to hospital last week after he overdosed, spent three days in the intensive care unit and had been in a coma. He now has pneumonia and struggles to breathe.

Ms Zahnleiter said his mother was concerned that her son’s mental health had been “spiralling”, and if he were released, she would provide the funds to support his health and rehabilitation.

Prosecutor Bwalya Chifuntwe said Tonna already had convictions for drug-related offences and “clearly” had an issue with illicit substances.

He is currently on parole after being released from jail in July. Last year, he was sentenced to over two years’ jail by the Supreme Court for charges that included aggravated burglary, assault and possessing methylamphetamine.

Magistrate Glenn Theakston said he would grant bail “with some reluctance” as he thought adequate bail conditions could ameliorate the risk of reoffending.

Tonna was granted bail, with conditions including a curfew, he cannot take illegal drugs and must live at an address in Lyons. The matter was adjourned to 9 November. Pleas have not yet been entered.