Mike Hettinger and the so called LDA–Tradies win win 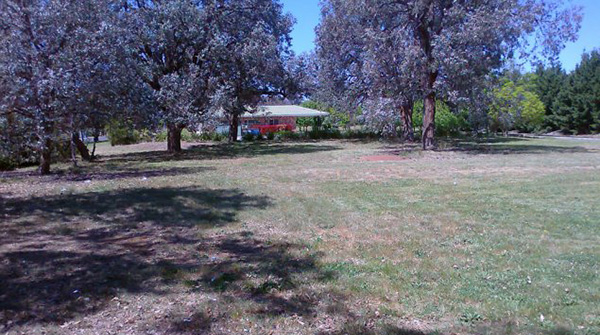 The revelation by the Canberra Times of a land swap between the Land Development Agency and the CFMEU-linked Dickson Tradies Club opens the way for more deals like it that will harm the community.

Canberra Community Voters Candidate Mike Hettinger noted, “The land swap itself isn’t necessarily the problem. It’s what it enables the LDA and the Tradies to do in the future that should really concern us.”

“The LDA is getting land in between the Dickson pool and the Majura playing fields, part of Section 72, also known as Dickson Parklands. This is part a longer term plan for the ACT Government to develop the entire area as it sees fit,” continued Mr Hettinger.

“Meanwhile, the Tradies will obtain the carpark adjacent to it and consolidate the land bounded by Sullivan’s Creek, Dickson Street and Badham Street for the Tradies. This is a part of a longer term plan for the Tradies to develop the area as it sees fit.”

Mr Hettinger acknowledged, “CFMEU Boss Dean Hall is right to describe the deal as a win-win. It’s a win for the LDA and it’s a win for the CFMEU and Tradies. It’s not a win for the surrounding community, who face more intense development at the cost of community facilities and green space.”

“The Canberra Times article says that the Tradies’ carpark in Dickson was valued based on building a six-storey building. Meanwhile, rumours say that the Tradies plan to build something much larger; up to ten storeys. I’m guessing any extra money earned won’t be going to Canberra taxpayers.”

The LDA then went to ground and didn’t meet with community representatives for seven months.”

“When community reps finally met with the LDA to what they thought was to further negotiate a mutually acceptable option, the LDA had already prepared and sent out a media release with its own preferred option. That option was – you guessed it – residential development,” said Mr Hettinger.

“This is no way to govern a territory. Dealing with the bureaucrats has been a waste of time, and it shows how shambolic the governance arrangements have become. The only way left to make a difference is through the Legislative Assembly.

If ACT citizens want to return effective governance to Canberra, they must vote for an independent crossbench. That means voting for Canberra Community Voters, preferencing other independents, and leaving the three major party columns blank,” concluded Mr Hettinger.

Or it was a union bashing article from a candidate for a party that was funded by the Tradies competition.
Also I am a supporter multistory carparks – less land footprint and more convience (check what the woden tradies has done).
Also Dickson is undergoing redevelopment so there will be a lot of discussion. I also don’t think the clubs will have free reign to develop however they never have.

That’s a bit deep for me to comment on, sorry.

Or it was a union bashing article from a candidate for a party that was funded by the Tradies competition.
Also I am a supporter multistory carparks – less land footprint and more convience (check what the woden tradies has done).
Also Dickson is undergoing redevelopment so there will be a lot of discussion. I also don’t think the clubs will have free reign to develop however they never have.

enjayjay - 11 minutes ago
Or how about we let the medical experts and educators announce a plan when it’s determined to be safe as safe as possible i... View
Opinion 59

jwinston - 33 minutes ago
A ludicrous sentence for what he did. Under Commonwealth law he faced a life sentence. Instead he’s able to get parole afte... View
Business 6

Mick Fraser Jnr - 43 minutes ago
Grace Hayes agreed a joke they dont give a 💩 View
whatwik - 6 hours ago
Here's road map clarity for us - "...and as we get closer, we will know when that time is and what that'll be for certain eve... View
Grace Hayes - 7 hours ago
Yeh and some small/medium business DONT qualify for grants... I’d like to see how many of these business that won’t be op... View
Business 26

Jackie Fuller - 1 hour ago
Brydie Kelly if that's your thing that's good 👍 View
Brydie Kelly - 6 hours ago
Jackie Fuller I've been to many a birthday party and had my 30th there. It was always a warm and welcoming environment. View
Lifestyle 1

Tom Worthington - 3 hours ago
ANU, University of Canberra, and other Australian unis, now offer a large number of undergraduate and postgraduate certificat... View
Tom Worthington - 4 hours ago
Vocational institutions also provide a way to get a qualification with a minimum of study. The staff at CIT helped me documen... View
News 27

Nathan Worrell - 4 hours ago
I'm not surprised, Griffith and Narrabundah have house construction work going on all over the place and every time I take my... View
Gassed - 5 hours ago
This is the result of the cowboy section of the construction industry opening up. View
show more show less
*Results are based on activity within last 7 days

@The_RiotACT @The_RiotACT
ACT Policing, NSW Police and the ADF will be undertaking joint border compliance activities over the school holidays. Yesterday, 4301 vehicles were stopped at major border crossings to the ACT https://t.co/yJEiPJLJfk (2 hours ago)