Millhouse uses “good old capitalism” to do some good 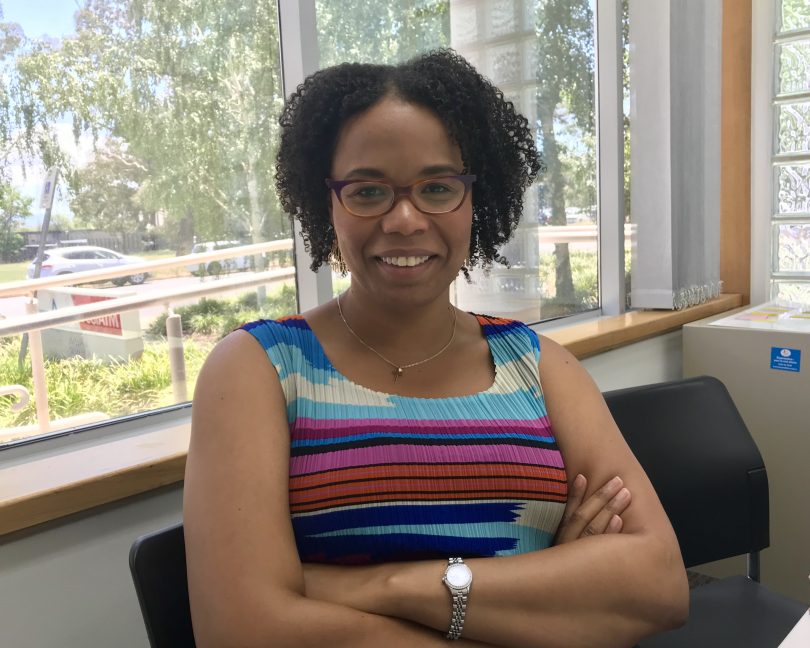 There’s an odd belief that doing good and making money don’t go hand in hand. Cindy Mitchell doesn’t subscribe to that school of thought. The dynamic US-born businesswoman and founder of Millhouse Ventures is working flat out to help people to make money while changing the world for the better.

Cindy has been in Australia for 15 years with a background in business development, sales and venture capital. She got involved with social enterprise about seven years ago when she founded No Sweat Fashions, which provided employment opportunities for migrant and refugee women.

“To be honest I was sick of the entitled people I’d worked with in the business world and their expectation that they would be supported. They were highly educated, they had good social capital and backgrounds and I could help them become richer than they would be otherwise. And I was kind of over that,” she says.

“But when you invest time in women, when you invest time with people from low-income backgrounds and use this tool of entrepreneurship to change things for people who have barriers to mainstream access, it’s like Wow! I saw the power of capitalism to do good, not just perpetuate disadvantage and inequalities.”

Cindy says that the Millhouse model looks for ventures that have the potential to make income but will also have a measurable impact either socially, culturally, economically or environmentally. Millhouse itself has support from the University of Canberra, Service One, the Canberra Innovation Network, Snedden Hall and Gallop and Social Traders.

If applicants are successful, they enter staged programmes that give participants advice and mentoring, an entrepreneurial education and targeted assistance such as introductions to potential partners and customers. In two years, they’ve worked with over 30 organisations.

Millhouse helped Christina Delay and Alan Tse launch Altina this year, meeting a gap in the market for zero proof craft cocktails, “drinks that are beautiful and complex in flavour, that look really good and taste great but don’t have any alcohol in them.” 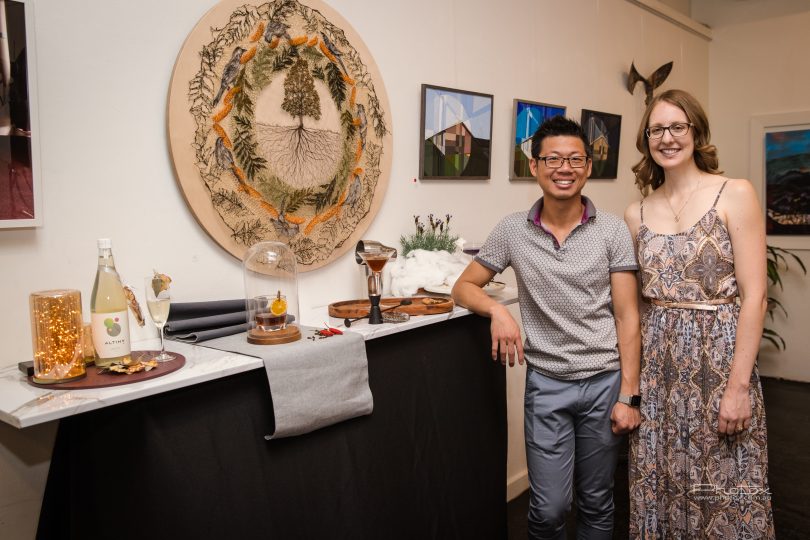 Christina has a PhD in Plant Biology and both partners had worked in consulting, where there’s a significant drinking culture. “I found myself getting caught up in it because it was a social thing and also about building work relationships,” she says.

“When I started getting health problems, I stopped to question what I was drinking, how and why. It had happened so easily that I almost didn’t notice. Talking to a lot of my colleagues they’d had the same experience and I thought, I’m perfectly placed to create an alternative.”

“Honestly we wouldn’t have actually started our social enterprise without Millhouse. Running our ideas past Cindy and then getting accepted was the validation we needed to say this is a good idea and there’s a way for us to build it as a social business.”

Cindy Mitchell says the key difference with a social enterprise lies in the motivation. “Altina need to find other people who care about Australian drinking culture, bring people on the journey and generate goodwill and a social license. Yes, we think that will help them commercially, but it will also help them have a lasting sustainable impact.”

The first stage in the programme is Grist, where the business idea and its potential social impact are examined from all angles. Altina went through several iterations of their plan before market testing via a successful crowdfunding campaign. They’re now in the Refine stage, where Millhouse continues to provide support to scale the model.

Cindy Mitchell says that many Millhouse clients are people in the community sector who have an interest in a particular problem. They’re likelier to be older, to be women and to be more culturally diverse than average business accelerator participants and often have extensive life experiences that have led them here. A number of participants run existing for-profit businesses, and want to pivot towards social enterprise. 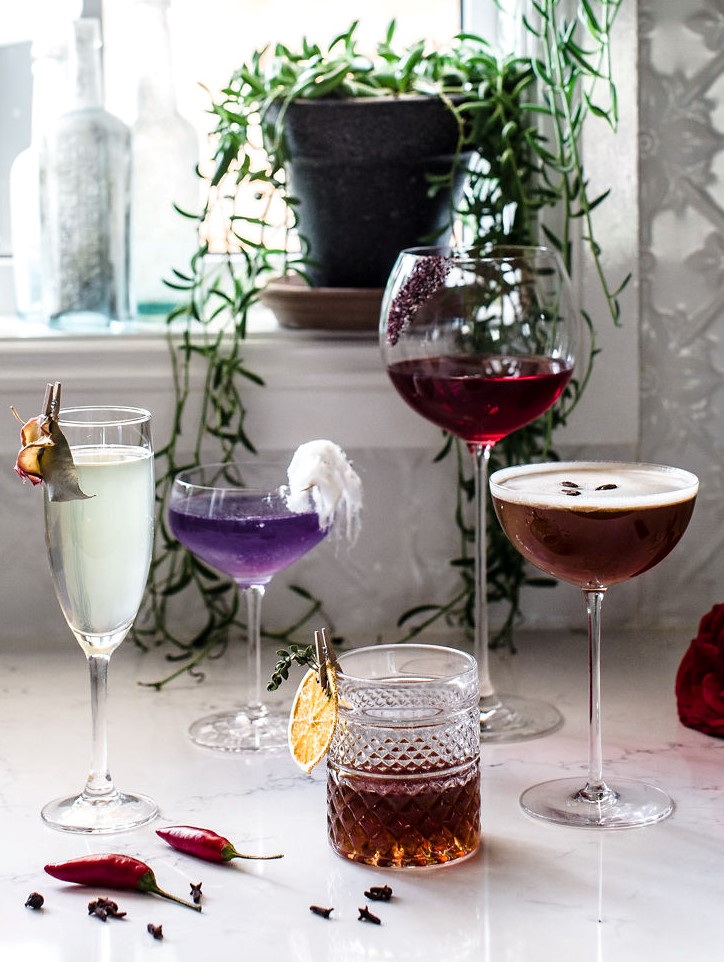 Altina had a launch at Lyneham a few weeks ago, where over a hundred friends and supporters turned up to raise their non-alcoholic glasses. They’re now focused on getting the product into Canberra’s bars and restaurants and running events.

“The short-term goals are here in Canberra,” Christina says. “Going beyond that, we want to have an impact on the overall drinking culture in Australia, to get more people thinking about when they’re drinking, how often they’re drinking and how that affects their whole lives.”

Roberto Taglienti - 2 hours ago
Looking at the state of the ACT nature strip's and parks I reckon most people are hoping they'd work a 5 day week!!! View
News 22

chewy14 - 6 hours ago
Phydeaux, Was that meant to be a reply to me? My comment directly references the point you made, explaining why recovery prov... View
I am a Rabbit™ - 6 hours ago
The Government went out of their way to exclude payments for Universities which are privately run, but for some reason they c... View
chewy14 - 10 hours ago
Phydeaux, Because a large proportion of the people receiving Jobkeeper weren't physically working during the acute phase of t... View
News 26

Tommy has been a mainstay around Woolworths Dickson for years, so when he mysteriously disappeared last week, it was no...
Opinion 124

It's just like a mild cold, they said. If you're vaccinated, you'll barely experience the symptoms. It's really not that...
News 25

Following the recent storms which tore through large swathes of the Belconnen and Gungahlin region, many residents have voiced their...
Opinion 124

Over the past few years, Canberra's sportsmen and women have been prominent promoting causes and charities considered beneficial to the...
Best of Canberra 53

Australia is well regarded for its breath-taking landscape and diverse climate, providing year-round enjoyment of the great outdoors. Our lifestyle...
Opinion 154

When asked the age-old question of whether I am a cat person or a dog person, without any hesitation, I...
Community 54

For years, regular commuters between Canberra and Queanbeyan, and the rural village of Captains Flat, have chipped their teeth and...
News 30

Canberra Grammar has hit back at claims the school's acceptance of JobKeeper payments was the reason it recorded a significant...
News 47