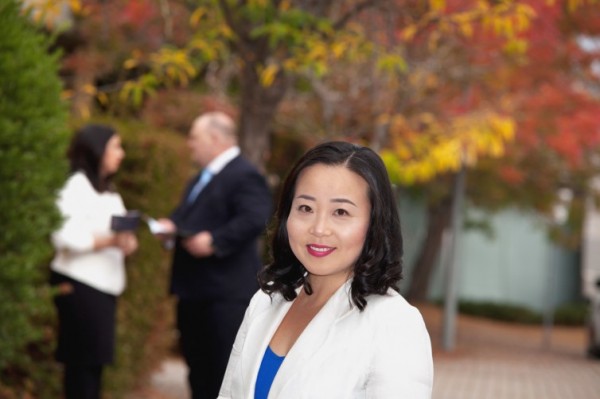 Opposition education spokesperson Elizabeth Lee says the Education Minister has missed a great opportunity to make a real difference to bullying and school violence in our schools. Photo: Supplied.

You could not listen to the horrific incidences of violence in our schools and not be immediately motivated to do something about it.

After initially denying a problem, then in voting against the Canberra Liberals’ motion to establish an independent inquiry, then in placing an unprecedented veil of secrecy over an Assembly Committee inquiry, the Barr Government sat unmoved while parent after parent, student after student, pleaded for something to be done.

Backed into a corner, the Education Minister was dragged kicking and screaming into action and, with great fanfare, announced an Advisory Committee that would look at existing procedures in dealing with issues of violence and bullying.

The Minister has missed a great opportunity to genuinely make a difference. In a show of great disrespect to the experts on the Committee, the Minister severely limited its investigatory scope to specifically only “reviewing current policies, procedures, and processes with a focus on the positive behaviours for learning, or PBL framework”.

More than two months after the Committee presented its final report to the Minister, and after I wrote to the Minister twice and tabled a motion calling on the government to make this report public, it was finally tabled in the Assembly on 23 October.

And it is clear from the government’s response that the attitude is ‘we are doing a great job; the public just don’t know it’. During the debate on my motion, the Minister acknowledged one – only one – area which perhaps had some room for improvement and that is the complaints management system. This was also highlighted in the Assembly Committee inquiry into the management of school violence.

Our schools are not customer service hotlines. Our schools are where our future generations are educated, fostered and inspired. The Minister cannot be satisfied that once the fixing of the complaints management system is the fix-all for an issue as serious as this one.

And even in this one area for “improvement”, the government is quick to say that apparently they are already fixing it.

In confirming that it will ‘stay on course’ with the roll-out of PBL in all ACT government schools, the government has spent a lot of time and energy patting itself on the back on a great job and cheering itself on. The Committee reported that it will take between three and five years to reap the full benefits of PBL.

PBL was first introduced in ACT schools in 2016 and is currently in 51 out of 88 ACT government schools.

If the government is congratulating itself on finding the answer in PBL, why is it woefully inadequately resourced? There are just four PBL coaches in the ACT. The Committee observed that more resources are needed to ensure that PBL is rolled out and the benefits realised. In response, the government is only “considering” this.

In response to the Committee’s concerns that our teachers, including principals, are not adequately supported to work with our Aboriginal and Torres Strait Islander communities, there is nothing. Not even an acknowledgement, and certainly not a commitment to address these concerns.

And most importantly, I want to ask the Minister this: it’s all good to say in theory that it will take three-to-five years for the maximum benefit of PBL to be realised, but what is she doing about the frustrated, angry and devastated parents who, today, are dealing with their children coming home from school injured and traumatised?

The safety and wellbeing of our citizens – particularly our children – should be a top priority for any government and it is crystal clear that this government cannot be trusted to do anything about this.

As someone who was heavily bullied in ACT public school, then blamed by the teachers and gaslighted by them when they told me my parents were mad at me and I should be thankful for them defending me to my own parents, Elizabeth is on the money. Quite frankly people who choose to make this about politics and elections should be ashamed of themselves, there are children in our public education system who either too scared or too anxious to turn up to school tomorrow and putting in a plan for something that won’t be fulfilled for years just isn’t good enough. Elizabeth is right to call out the government for not doing enough for our kids right now.

I have no problem with an opposition highlighting areas of concern on behalf of the community. It’s good democracy. The election campaign provides opportunity to outline policy platforms. A concerning trend at all levels of government, the courts etc is the ‘shroud of secrecy’ blocking access by journalists and the broader community to hold entities to account.

100% Rebecca. Even if I’m not totally happy with the current approach to education, it’s not enough to just “be the alternative”. Saying the current way is bad isn’t an alternative, it’s just lazy politics.

Leigh Brady unfortunately it seemed to work for the libs at a federal level and ACT libs look to be trying their luck with the same strategy.
I don’t necessarily want to vote either party but I want a genuine policy platform that outlines where we are going as a Territory and how we are going to get there.

Exactly. We need to know what we’re choosing between, and at the moment I don’t see any detail or plan from the libs. Who knows what we’ll get.