MIT Ballpark to receive $4.5 million upgrade in a huge boost for Canberra baseball

Upgrades to MIT Ballpark will be completed before the commencement of the 2018-19 season. Photo: Ben Southall/SMP IMAGES.

Major extensions to the existing grandstand will be one of the more noticeable improvements to the ballpark with a commercial kitchen, toilets and storage areas to be added to the ground.

Baseball players will also benefit with the existing change rooms to be upgraded and batting practice cages to be relocated closer to the change rooms.

The ACT Government committed funding for the improvements in the 2016-17 Budget and will fulfill the commitment in the coming months, with the upgrades to be completed before the commencement of the 2018-19 season.

Minister for Sport and Recreation Yvette Berry said the upgrades to the Narrabundah ballpark will be a huge boost for Canberra Cavalry and other visiting teams in the Australian Baseball League.

“Cavalry home games are the envy of teams across the ABL for the amazing atmosphere and community feel that’s created so we’re going to improve the ballpark and make this even better.”

Ms Berry said that the upgrade will also be a major boost for Canberra’s attempt to attract international matches and players and is perfectly timed for the expansion plans of Baseball Australia as they look to the Asian baseball market.

“I look forward to working with Australian baseball to ensure that we get international fixtures out here in Narrabundah.”

Cavalry General Manager Daniel Amodio said that the refurbished MIT Ballpark “will not only be the most fun place to watch baseball in the country, but it will be the best baseball facility in the country, hands down”.

This is not the first time that the ACT Government has improved the ballpark in Narrabundah after helping bring an ABL team to Canberra during its inception in 2010.

Mr Amodio thanked the ACT Government and Yvette Berry for helping baseball in the nation’s capital. 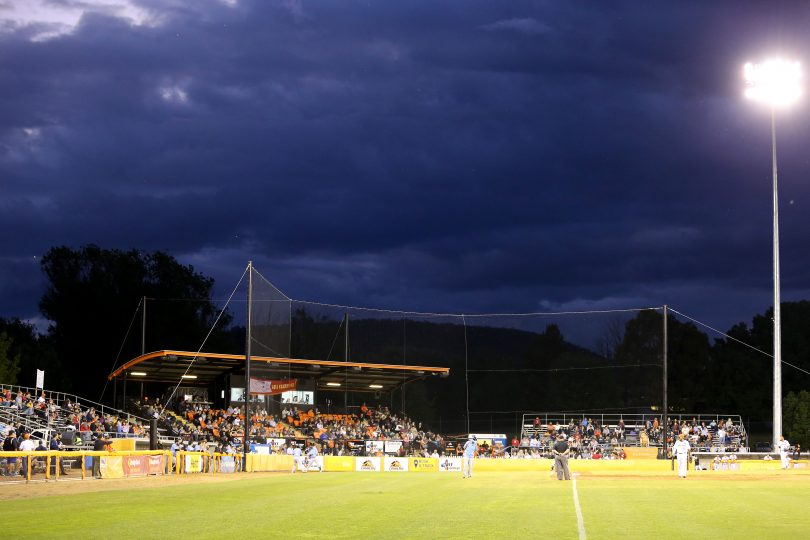 Arleen Stark - 39 minutes ago
That is all very well Ian, but a branch does not have to be dead to fall. We have had 3 huge branches fall in the last 2 year... View
Colleen Whichelo - 2 hours ago
The trees need to be in the bush where they belong & where no humans reside. Bloody gum trees are the worst most dangerous of... View
Ulrich Belcher - 9 hours ago
Took a full 3 years to have a council tree inspected after I lidged the job and chased it up many times, even though it was a... View
News 240