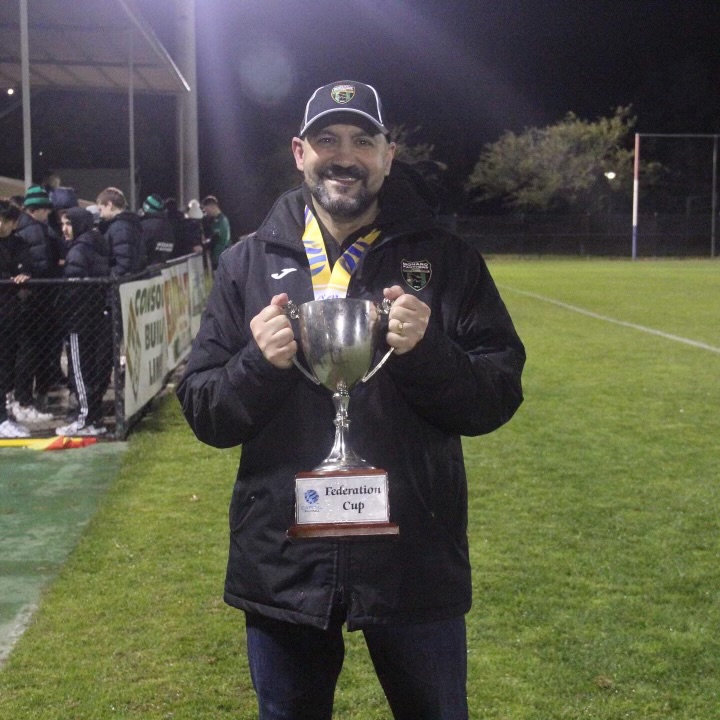 Frank Cachia appears to have a golden touch when it comes to coaching in Canberra at the men’s National Premier League (NPL) 1 level.

His record over six years at Canberra Olympic includes 10 trophies, three premierships and winning the Federation Cup twice. The prizes ensure his trophy cabinet is at capacity.

In 2016, Frank guided Olympic to the semi-finals of the FFA Cup, only to go down 3-0 to A League giants Sydney FC. 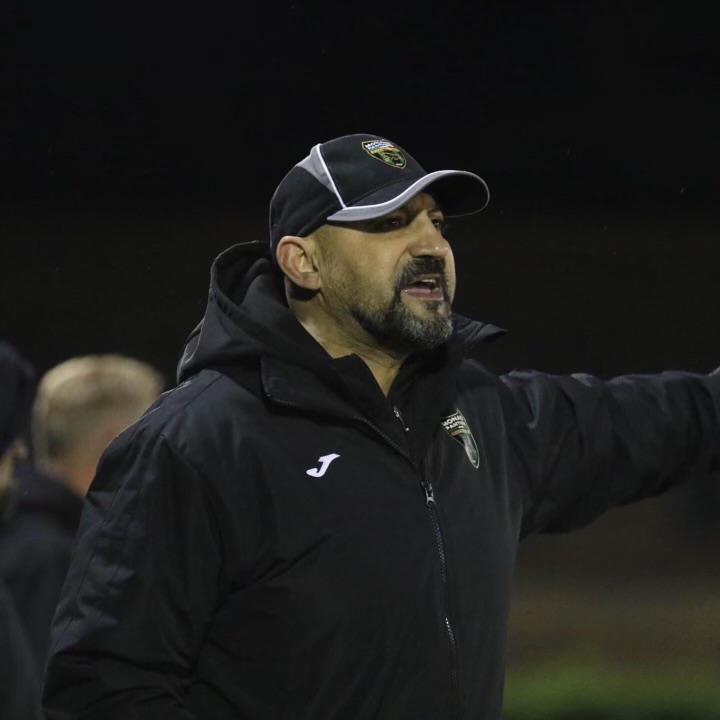 Frank returns to the cup this season with new club, the Monaro Panthers, a team he took over after a year’s break following his time with Olympic.

The Panthers club has struggled for success over the past two decades and presents Frank with a major test.

“I saw it as a challenge,” he says. “I backed myself and it has been rewarding. This club was attractive with a strong junior base.”

His time at the helm started slowly. The Panthers lost their first four games last season, before getting into the groove midway through 2021.

“Then we lost 10 players at the end of last season, but the new players have re-invigorated the club,” Frank says.

The Panthers side is now in the top three of the NPL1 and through to the final 32 of the Australia Cup after winning the competition’s Canberra final – a first for the Monaro club. The team will find out on Wednesday night (29 June) who it will meet in that match.

Its opponent in the final, West Canberra Wanderers, has struggled for much of the season. Anchored at the bottom of the ladder, the Wanderers side faces the possibility of relegation from the NPL1.

But in knockout football, nothing is certain. In the end, the game went into extra time with Monaro finally winning 3-1. 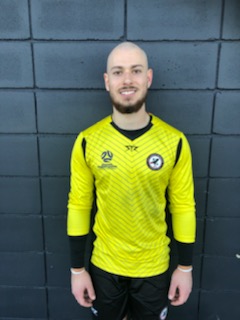 “They were outstanding in the final, they have some great players.”

Wanderers president Steve Rohan-Jones says the spirit in the club can’t be faulted.

“There’s a good vibe around our first grade men’s and women’s teams at the moment,” he says. “Both teams are quite young.”

Steve hopes the cup performance can become a launching pad for his side.

“ I think we’ve got a quality team,” he says. “We showed what we’re capable of in the cup. The guys have shown they can play and they have a strong team focus.”

But the reality remains – the Wanderers are battling to stay in the top division.

“We are in the NPL1, but how can we turn results around like we did in the cup?” Steve asks.

If the Wanderers are relegated, Tuggeranong looks most likely to take their place. A club with its own remarkable FFA Cup history, Tuggeranong made it through to the final 16 in 2014 before going down to one of the nation’s biggest names, Melbourne Victory.