Just last month, a driver died on the Monaro Highway near the Royalla Solar Farm after a truck and car collided. Photo: Region Media.

For the second year running, the Monaro Highway in Hume is Canberra’s worst crash hotspot, despite 20 per cent fewer car accidents on that stretch of the road compared with last year.

According to the latest crash data from car insurer AAMI, Hume’s Monaro Highway and Fyshwick’s Canberra Avenue have been the scene of the most car accidents since 2015, with both main arterial roads taking out to the top two spots on Canberra’s top 10 accident sites.

AAMI spokesperson Anna Cartwright said the two stretches of road have at least 75 per cent more crashes on them compared with the third spot on Canberra’s list, which she believes is due to the high level of traffic.

“The Monaro Highway carries a lot of heavy vehicles, local traffic, as well as travellers driving into, and through Canberra to other locations, which can lead to traffic congestion, frustrated drivers and increased crashes,” Ms Cartwright said.

“Fyshwick’s Canberra Avenue is also a busy, major arterial taking drivers to and from the centre of Canberra. These hot spots are generally busy major arterial roads that are intersecting with local streets.

“When you combine this with heavy traffic and frequent stopping, it is a recipe for vehicle crashes.”

ACT Minister for Roads Chris Steel said AAMI’s report supports the upgrades the ACT Government is making across the road network, which includes a $100 million project to design and construct grade-separated interchanges along the Monaro Highway near Hume.

“We have also committed funding to undertake a feasibility study to improve Hume circle on Canberra Avenue ranked second in the AAMI Index.”

By revealing where accidents most commonly occur across the nation’s capital, AAMI spokesperson Phil Slade hopes motorists remember the importance of driving safely and being extra vigilant, particularly around the hot spots.

Mr Slade said the data also found that car accidents occurred more commonly when a driver is less than 10 km from home.

“When we’re driving somewhere we haven’t been before, somewhere novel, we’re more careful and concentrate more,” Mr Slade said. “On the flip side, when drivers are close to home, or on a familiar route, they can get too comfortable, they daydream, get distracted or tend to slip into autopilot.

“It is best to always expect the unexpected, leave plenty of room between you and the vehicle in front and be patient, especially if traffic is congested.”

Mr Slade said he believes the human emotions of frustration and impatience can also be causes for car accidents.

“If you’re running late, or if something or someone gets in your way or blocks your journey, even if it has no material impact on how quickly you’ll actually arrive at your destination, it’s your reactive self that tends to take control of your car, which makes it more difficult to control your emotions and make good decisions,” he said

“Drivers must be patient and present while driving if they want to avoid making an appearance as a statistic on next year’s data.”

You could also say this bit of road has the most cars on it.

Good point Jenny, It would be great to see the results from a complete collision data set. I would expect the ACT Govt would use a more complete data set to help determine where the money needs to be spent. I think the figures are relevant as the author declared the data source so we can make our own assessment as to how much weight we put on it. In my humble view, I would expect AAMI would have a pretty big representative data set so there may only be minor skewing of results.

Allan McDonald Maybe not totally irrelevant, but without knowing the percentage of their policies in comparison to the other large insurers such as NRMA and GIO is it possible to accept these figures? Maybe the government also needs to look at police reports, smash repairers etc. Of course, these figures then still only take into account collisions that are reported to police, vehicles taken to repairers and those that are insured! 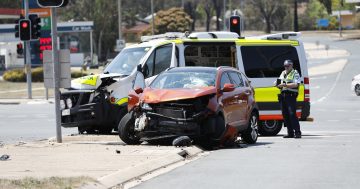 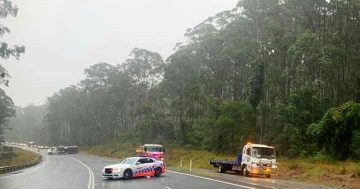