The truck at the scene of the crash on the Monaro Highway. Photos: Region Media.

One person has died after a truck and car collided on the Monaro Highway on Tuesday morning (3 September).

Around 9:30 am, emergency services were called to Monaro Highway near the Royalla Solar Farm, in what police described a “serious collision”. The driver and sole occupant of the car died at the scene.

The driver of a semi-trailer was treated at the scene and has spoken to police.

“As you can imagine, it is fairly traumatic for everyone involved. Any collision where a very large vehicle is involved is very confronting,” Detective Acting Station Sergeant Boorman said.

“At the moment, ACT Policing’s Collision Investigation and Reconstruction Team are processing the scene and the investigation has commenced.

“ACT Ambulance Service and ACT Policing have spoken to the driver of the semi-trailer and we are looking after that person’s welfare.” 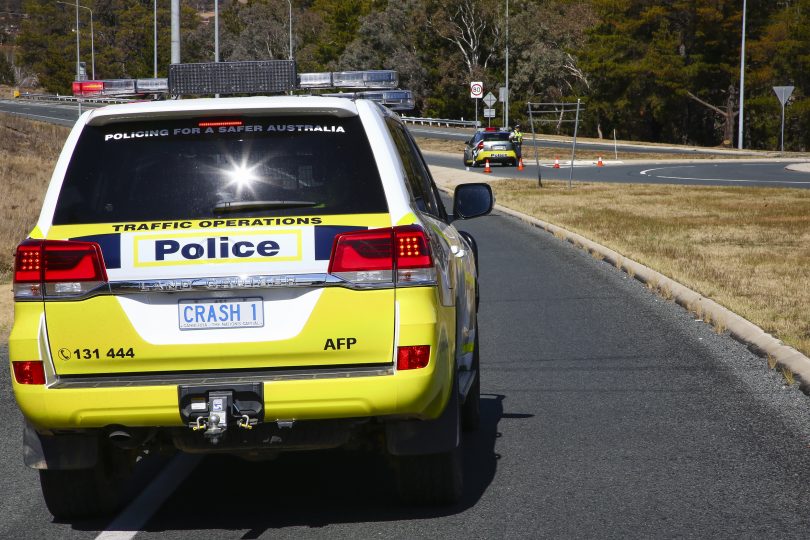 Monaro Highway remains closed after a fatal crash between truck and car.

Police have closed the highway in both directions between Johnson Drive and Old Cooma Road, and it is expected to remain closed for the rest of the day. Detective Acting Station Sergeant Boorman advised motorists to avoid the area.

“The scene is quite complex and it will take us some time,” he said. “The Highway will be closed for a considerable amount of time. I ask for people to take alternate routes because it will stay closed until further notice.”

While the highway is closed, traffic is being diverted via Old Cooma Rd, Edwin Land Parkway, Tompsitt Dr and Lanyon Dr to return to Monaro Highway. For updates check Live Traffic NSW. This diversion is suitable for all vehicles.

It is the fourth fatal crash on ACT roads in 2019.

“We plead to people to pay attention, slow down and be careful on the roads,” Detective Acting Station Sergeant Boorman said. “Obviously our message is one fatality is one too many.

“Any serious collision where there is trauma and where it involves fatalities is very confronting. We ensure we look after our members’ welfare and the appropriate support networks are put around them.

“There are things you don’t really want to see, but unfortunately, it’s a job we have to do.” 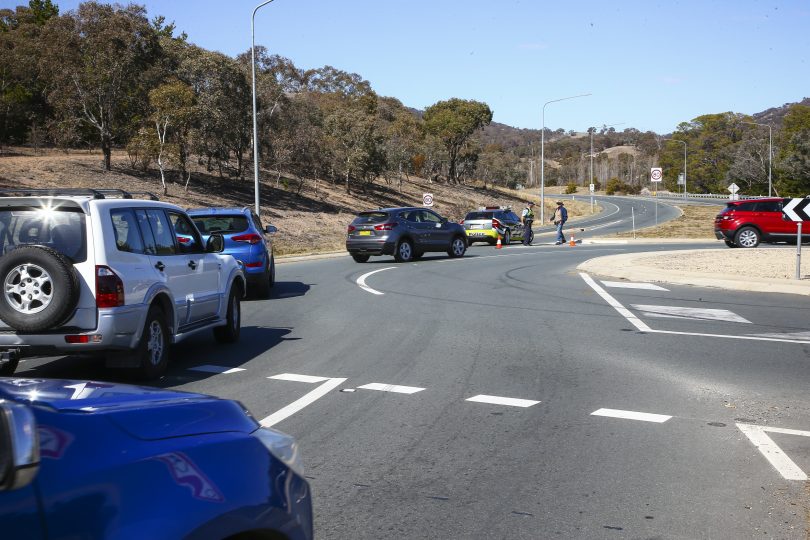 Police are advising motorists to avoid the area and use an alternate route between Cooma and Canberra.

Anyone who witnessed the collision or who may have dash-cam footage of the incident is asked to contact police on 131 444 or Crime Stoppers on 1800 333 000, or via the Crime Stoppers ACT website.