More ideas for the Canberra Pursuit

It’s not too late to get your creative vibe on and your musical bike grooving for the Spin Festival Canberra Pursuit.

I’ve been out to the TAMS depot and I’ve got to say I had no idea such an amazing building was lurking out there in Fyshwick.

A chunk of my weekend was spent grinding chain rings and driving self-tapping screws into an air raid siren, it’s going to be awesome.

You too can get in on it!

In the meantime enjoy the video!

Only one month to go to get involved in The Canberra Pursuit! 18th October 2013!
http://www.jonroseweb.com/f_projects_…

We are looking for builders and riders to take part in the 80 piece bicycle orchestra. Here are new bicycle instruments being tested in the huge space at TAMS, Canberra including the Iron Pot, The Rolling Pin, Random Tom, The Red Drum, The Feeding Back Handle Bars, The Reversing Truck, The Brazilian, Guitar Strum, The Big Bass Drum, The Off Centered Wheel (1), The Water Bottle Clicker, Double Pot, The Giant Fiddle, Bell City, The Torture Chamber, The Biscuit Tin, The Cable and Drum . If you are into bikes, sound, and noise, get involved in this multi-media spectacular of speed, sound, rust, re-cycling, and lights.

Instrument seen in this video are by Wayne Kotzur, Paul Bryant, Ricky Keech, and Jon Rose. 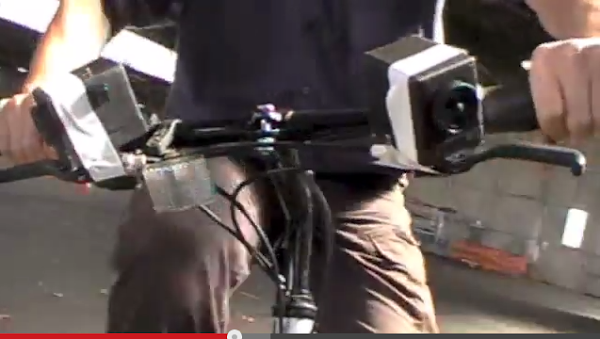 Melissa Wells - 2 hours ago
Ben was one of my teachers at Melba High in 2004/5. Such a genuine and caring teacher! Had no idea about this, but when is a... View
Sophie Stoddard - 6 hours ago
Taught me maths for a bit. 👌🏻👌🏻 View
Rory Wadwell - 6 hours ago
Stephen Wadwell you were very fortunate to have him as a mentor for your refereeing. View
News 67

Kimmy Hunter - 2 hours ago
Crystal Darmody if you live in Canberra they don’t accept you... View
News 61

HiddenDragon - 5 hours ago
So the light rail terminus (and the pretty lights in the trees) haven't done the trick with all that "activation" and "enlive... View
JC - 5 hours ago
60m a year (cost of lightrail) doesn’t go that far. Some seem to think it’s a magic pudding. View
May Mac - 6 hours ago
If the Sydney and Melbourne Buildings could be constructed in separately owned sections which created the beautiful buildings... View
Community 44

Shane McMinn - 6 hours ago
Quangers, or the Socialist Republic Of Queanbo.. View
MERC600 - 7 hours ago
Quangers has it all over Canberra these days. No graffiti , grass mowed and no rubbish floating about. The other article on t... View
Community 4

@The_RiotACT @The_RiotACT
Alan Tse went from a career in a heavy drinking corporate culture to co-founding a Canberra startup that provides beverage options for those who choose not to drink alcohol https://t.co/RUUOzWV8eB (3 hours ago)

@The_RiotACT @The_RiotACT
Critics say a 10-year funding crisis is coming to a head at the National Archives. An open letter to the Prime Minister pleads for help to save irreplaceable national assets https://t.co/IOZh6De8k4 (6 hours ago)