Off-the-plan apartment buyers will be able to walk away from their purchase if it differs greatly from what was proposed when they bought it, after the first stage of the ACT Government’s strata law reforms were passed in the Legislative Assembly yesterday.

The reforms will also provide greater protections for unit buyers and will change the way apartment blocks, mixed-use developments and townhouses are run.

They will allow owners corporations to tailor the way they manage their buildings to their particular needs; provide for more equitable contributions to building costs, such as water, maintenance and insurance; modernise voting rules for owners corporations; and make it easier for people to keep pets in their apartments.

Planning Minister Mick Gentleman told the Assembly yesterday that many apartment buyers had been surprised by changes to plans during construction or the uses within the building that may mean a noisier environment, such as when a 24-hour gym replaces what had been slated as a newsagent, or changed access to common facilities.

New disclosure rules mean developers will now need to provide clear and accurate information to buyers as well as updates before a contract is completed, including notification about changes to the proposed development, uses within the building and other information relating to costs and management.

If the developer fails to notify the buyer of applications for significant changes to the development approval or is late to do so, buyers will now be able to tear up the contract if they feel the property is not what they had paid for.

The new rules will also extend to buyers of existing units, who will now have to be provided with up-to-date information about a property and unit plan that has to be included in the sale contract.

“Comprehensive information for a potential purchaser is clearly critical to give the purchaser a clear idea of the nature of the unit, and the set of rights and responsibilities the owner will acquire on becoming a member of the owners corporation,” Mr Gentleman told the Assembly.

The reforms also remove what Mr Gentleman called the ”one size fits all approach” to owners corporation rules and the way a building is managed, providing more flexibility so rules can be tailored to a building’s particular needs, a necessary update given the proliferation of mixed-use developments.

The changes allow for developers to set rules upfront before a building is completed to govern the use of common areas such as gyms and swimming pools, and spaces shared by commercial operators and residents.

The tailoring of rules will also allow the funding of common facilities such as air conditioners, or electric car charging stations, and payment for water and utilities on a user-pays basis so some owners are not subsidising others.

“For example, a laundromat or restaurant on the ground floor may pay the same contribution for water costs as a single person household on the tenth floor, notwithstanding that in practice the former consumes much more water than the latter,” Mr Gentleman said. 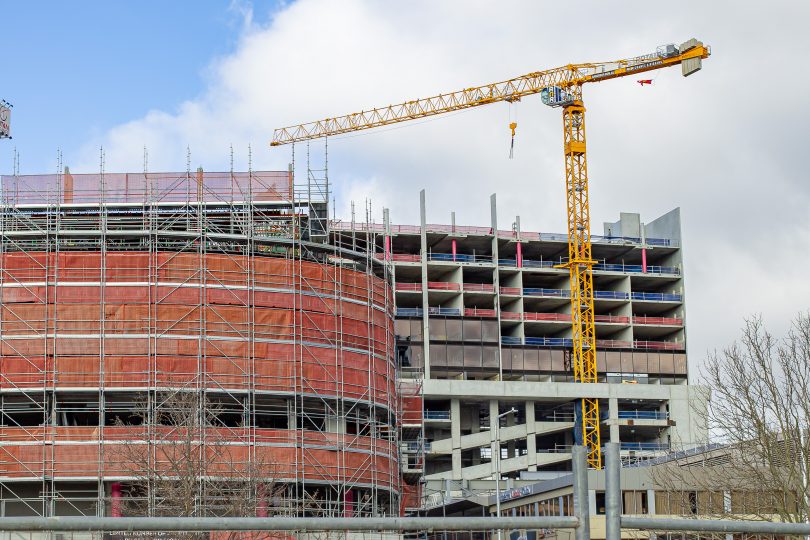 Off-the-plan buyers will have to be informed of any changes made during construction.

Changes to corporation voting rules will stop one owner vetoing changes that would set fairer levy arrangements. A special resolution will now pass if a majority of owners agree and no more than a quarter of owners oppose.

“This provides a high level of decision making but removes the single veto vote which has previously prevented many units plans from adopting fairer and more equitable arrangements,” Mr Gentleman said.

He said there would be safeguards and an owner would be able to take the matter to the ACT Civil and Administrative Tribunal.

Developers will also have to provide owners corporations with a maintenance schedule so they understand the ongoing requirements of the building, such as costs related to lifts, air-conditioning systems and swimming pools.

To specifically deal with the clash of interests in mixed-use developments with multiple leases, owners will be able to adopt a building management statement that binds all lease holders to be involved in and contribute to the management and maintenance of the building as a whole. It can be adapted to changed circumstances.

The legislation also makes it easier for unit owners to keep pets, with a new default position that pets will be permitted without the requirement to obtain permission from owners corporations, subject to certain conditions.

If an owners corporation wants to retain its power to decide on pets, a resolution to this effect will be required before 1 July 2021.

“I am confident that the reforms proposed in this Bill will empower buyers, owners and occupiers of units plans, and is an important first step in delivering much needed and meaningful reforms to the community,” Mr Gentleman told the Assembly.

The reforms were the result of consultation last year with 10 key organisations including the Owners Corporation Network ACT, Strata Communities Australia ACT, ACT Law Society and the Planning Institute of Australia.

Mr Gentleman said the next stage of reform would involve development and design requirements, as well as governance arrangements for multiple units plans in the one development complex.

Nailed it! If the ACT Government employed active and skilled inspectors to properly audit buildings during construction we wouldn't face the issues we face now. I'd rather try and stop someone who can't swim from going into deep water, than focus solely on trying to learn how to resuscitate them after the fact.

Vicky, are you formally exx manger from pacific place appartments

Any decisions about the scourge of AirBnB.

Why didn’t they look at the Qld model? Thousands of apartments on the Gold Coast , why be different?

You can read the debate by logging into the ACT Parliament website. I’m not sure when it was debated but there were sittings last week and this week and transcripts are published online, usually a couple of days after.

Is there a link to the new legislation please

Kir Rin - 14 minutes ago
Rob Thomas do you potentially pay for other things that others may not? Do you have a separate entry? View
HiddenDragon - 52 minutes ago
Another great thing about electric vehicles is that they're exempt from those old-fashioned rules about parking between the y... View
Alistair Cohen - 1 hour ago
Peter Major as per the article, it’s a user-pays system, and they use an app called chargefox to manage payments. View
Sport 9

Taryn Cameron-Smith - 6 hours ago
Karolyn Odlum Jennifer Cameron we had better go back soon to check it all out!!! View
show more show less
*Results are based on activity within last 7 days

@The_RiotACT @The_RiotACT
More visitors will be allowed to visit patients in hospitals and support new mothers in birthing suites from tomorrow in the ACT https://t.co/cFG4nUWmNj (46 minutes ago)