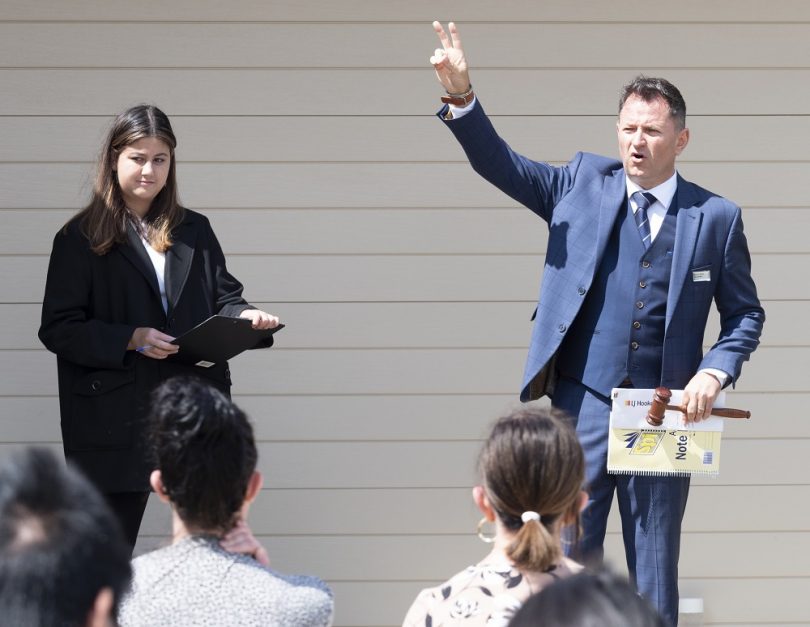 Thousands of buyers have entered the property market with the assistance of the ACT Government’s Homebuyer’s Concession Scheme. Photo: Supplied.

More than 8000 Canberrans have secured a foothold on the city’s booming property market through the ACT Government’s Homebuyer’s Concession Scheme in the past two years.

And despite recent market reports showing Canberra’s median house price has broken the $1 million mark, and units have cracked $500,000, thousands of buyers were still able to get a home for under $550,000 through the scheme.

The latest version commenced in July 2019 after major changes were made to incentives as part of the ACT’s 20-year plan to abolish stamp duty.

While purchasers accessing the scheme need to be first home buyers – or meet other strict criteria – and have an annual household income below $160,000, the government could not break the figures down into the type of property bought, or whether buyers were single, couples or families.

The figures mark the first two years of Canberra’s first home buyers being able to buy land, established homes, or newly built homes under the scheme without the up-front costs of stamp duty on the purchase.

From 1 July this year, the government expanded its concessions with stamp duty also abolished for all buyers of “off-the-plan” homes up to $500,000.

In the past two years, ACT Treasury lost $108 million in revenue it would have otherwise gained through stamp duty – $44 million in 2019-20 and $64 million last year.

That compares with 2018-19, the final year before the latest changes, when just 461 applicants were approved for concessions, and $3.151 million in revenue was forgone.

It also comes as the NSW Government begins seriously looking at abolishing stamp duty in that state, and follows a recent national report urging all jurisdictions to move away from what many economists argue is an inefficient tax in favour of broad-based land taxes.

The report from the National Housing and Finance Investment Corporation found stamp duty had risen substantially in all jurisdictions except the ACT, up to a national average of $43,000 in other states and the Northern Territory.

While the real estate industry supports the territory’s scheme, REIACT chief executive Michelle Tynan said it could be better targeted, and more should be done to help older Canberrans looking to downsize.

She also said the income threshold criteria, combined with current market conditions, also meant many first home buyers could not secure their preferred type of property, such as a three-bedroom home.

Ms Tynan said the current booming market, as well as borrowing availability and low stock in detached homes, meant many buyers were being pushed over the $500,000 mark, and freestanding homes at that price, even in outer suburbs, were “as rare as hens’ teeth”.

“Also, with Canberra’s high average incomes, the income threshold criteria does exclude a number of first home buyers to the combined income capacity of many couples being in excess of this,” she said.

She also said the lack of available detached housing stock could be addressed by introducing more incentives to attract older couples to downsize, freeing up homes for younger families.

“If you get older couples moving out of a three-bedroom home on a 920 square metre block, and downsize to a two-bedroom apartment, if there are fewer imposts for them to find a more right-sized living option, I think that has to be good for everybody.”

While Canberra continues to face record home sales and rental prices – in many cases above national averages – Ms Tynan said she didn’t believe incentives were artificially inflating the market.

“I suppose it really depends on whether people are prepared to borrow more for a more ideal home for their needs, and if the government sees value in enabling people to get into the market, then buyers shouldn’t be discriminated against because they earn more money.”

For more information about the scheme and eligibility criteria, visit the ACT Revenue Office.

C’mon let’s get real here. In 2002, I got a Government first homebuyers grant of $14k on a $160k three bedroom Kambah house. I paid $4k in Stamp Duty and low annual rates for a decade.

Please Regional Media, get some proper analysis on housing affordability in Canberra, don’t fall for ACT Government spin and their provision of select statistics that sound good at first glance. 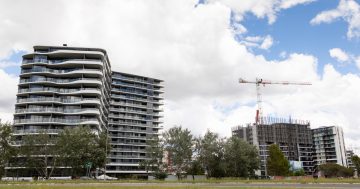