Mumbo jumbo and hullabaloo to toast the cider gods 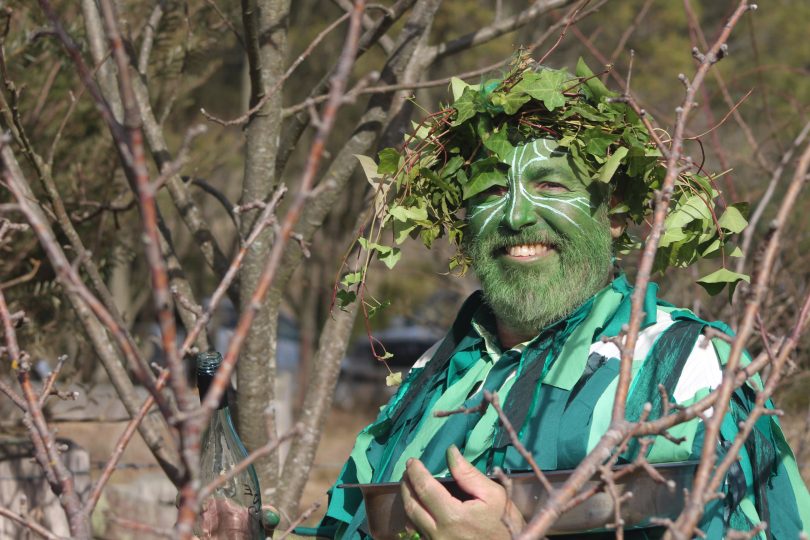 An ancient ceremony to awaken the apple trees, rooted deep in ancient Anglo Saxon tradition, was held at Reidsdale outside Braidwood on Sunday (2 September).

The event included the Burning Of The Green Man and Blessing The Trees. It was an afternoon of mumbo jumbo and hullabaloo to toast the cider gods, chase off evil spirits, and wake up the apple trees to ensure a good harvest.

Pagan chants and an exorcism of spirits were part of a fun day of celebration centered on the toasting of the humble apple tree to encourage a plentiful harvest in the autumn. 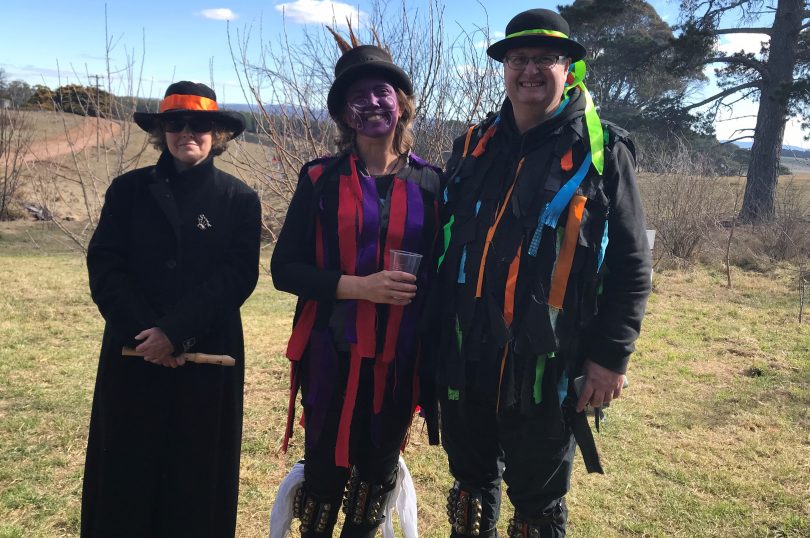 Dancers from the Surly Griffin Morris at the Wassail.

Wassailing is the practice of thanking or appeasing the deity of the apple trees. The ritual retains something of the nature of sacrament despite its jollification. It is a way to champion providers, the apple trees, and showcase their importance to the community, the landscape and to our cider business.

Sully’s Cider at the Old Cheese Factory prides itself as being a bastion against the sugary, industrialised drink that has flooded the market posing as cider. Their Cider is made using genuine cider apple varieties using traditional techniques.

The day also included Wassail Songs by the Braidwood Cantors, Dancing by the Surly Griffin Morris, A bonfire and burning of the Ashen Faggot, Toasting of the trees by the green man, and a wassail parade and ceremony.

The ceremony concluded with a great deal of noise, horns are sounded, pots and trays are beaten with sticks, and a shot is fired over the tree to wake up the trees. 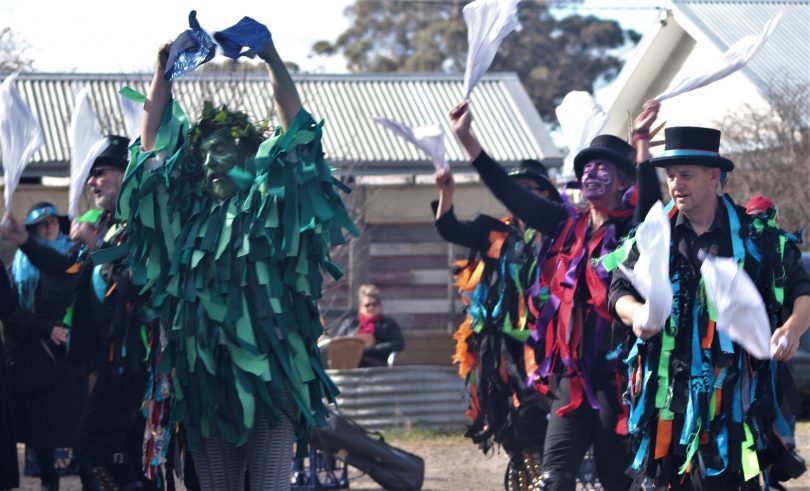 Dancers from the Surly Griffin Morris at the Wassail.

Anthony Beck - 38 minutes ago
Why can some training companies continue face to face training, and in a classroom environment, but transport training cannot... View
kenbehrens - 1 hour ago
Roy, I've always been concerned about the active type of exerciser. The runner, the cyclist etc and how that type of activity... View
Kari James - 1 hour ago
I would find this job incredibly difficult and stressful - great work team! View
News 22

Capital Retro - 42 minutes ago
Your comment is well founded because in the USA limitations of land use for these abominations is now being exceeded (see vid... View
Ellen Duggan - 5 hours ago
My only comment is that I live at Crookwell and I find them an eyesore....The landscape is ruined and I know they don't work... View
Business 16