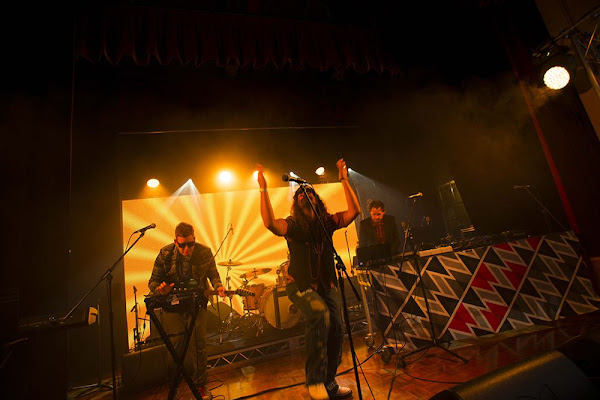 Too often people define a city by what it lacks or compare cities of vastly different sizes and sociocultural structures. Canberra isn’t Sydney or Melbourne, and they’re not New York or Berlin. Our myriad arts communities have suffered because of the nation’s metonymic notion that Canberra is the Government and APS. What The MusicACT Annual Music Awards prove is, like Sydney and Melbourne, Canberra has a music industry with a national foothold.

The three finalists for MusicACT Artist of the Year are The Aston Shuffle, SAFIA and Fun Machine.

In 2010 The Aston Shuffle were named #1 Australian DJs in the inthemix Top 50, in which 65,000 voted. In 2011 they came in at #3; 70,000 voted. This year another Canberra DJ duo, Peking Duck, came in fifth. The inthemix Top 50 is an enormous national poll and Australian dance music fanatics are recognising our DJs among the best.

Their latest single has been thrashed on national radio. They’re a buzz band, and they’re Canberra boys.

Fun Machine, with their reputation for ridiculous stage antics and glitzy costumes, choreographed dance moves and hordes of fans who know every word, have supported international and national acts on tour and at major festivals. They’re fiercely loved by Canberrans and pack out venues every time they play. Loved by triple j and community networks, their debut album will be released in the summer. The national reaction is sure to be as enthusiastic as their shows.

The MAMAs are recognising these Canberrans for their contribution to our music industry, but also to the nation’s industry. The MAMAs, therefore, deserve national recognition.

On the night 24 awards will be presented of which four are publicly voted.

They will not, however, take centre stage. Canberra’s music community will, in a program comprising our most outstanding performers in a dizzying array of genres. In its second year, the 2013 MAMAs will be the most diverse celebration of Canberra’s musicians our city has ever seen.

Virginia Proust - 2 hours ago
Just follow the instructions when you open it up View
Shirley Hedditch - 11 hours ago
Nicole Lawler Inveen long recovery road ahead View
John Meintjes - 11 hours ago
Peter Todman think is a great thing to do Pete,good on you. View
Opinion 44

Capital Retro - 10 hours ago
Nailed it. Many of us still believe in those aspirations and values. Also, Canberra Libs need to talk in billions of dollars... View
Keran Niquet - 10 hours ago
Colin Vivian .Totally agree. The back stabbing of Gary Humpries by the party and Zed started the rot. Until they withdraw sup... View
HiddenDragon - 13 hours ago
Noting that the ACT commentariat now treat light rail and the stamp duty/rates-land tax trade-off as articles of faith in a s... View
Sport 2

Roger Mungummary - 12 hours ago
Tge total lack of costings for their pie in the sky promises easily branded them as trickle down advocate coverage... View
HiddenDragon - 12 hours ago
"In order to unseat a very established government in a progressive city, the Liberals have to do everything right, and the ti... View
Colette Robinson - 18 hours ago
Mac John they don’t seem to have ever cared at all about people who don’t own cars. View
Lifestyle 56

Kirsty Renee - 12 hours ago
Or let people pick a few flowers or bulbs. They used to do that at Floriade. Maybe it was too hard to coordinate. It was a ro... View
Diane Watson - 12 hours ago
It was still looking so lovely!!! 😱🌻🌼🌷 View
Sarah Cathie - 13 hours ago
Kirsty Renee totally agree. They could have left it longer. It was still in full bloom 🌹🌷🌺🌸🌼🌻💐 View
News 3

Labor has missed an opportunity this election to reinvigorate its presence in the ACT's south, the team overall and the...