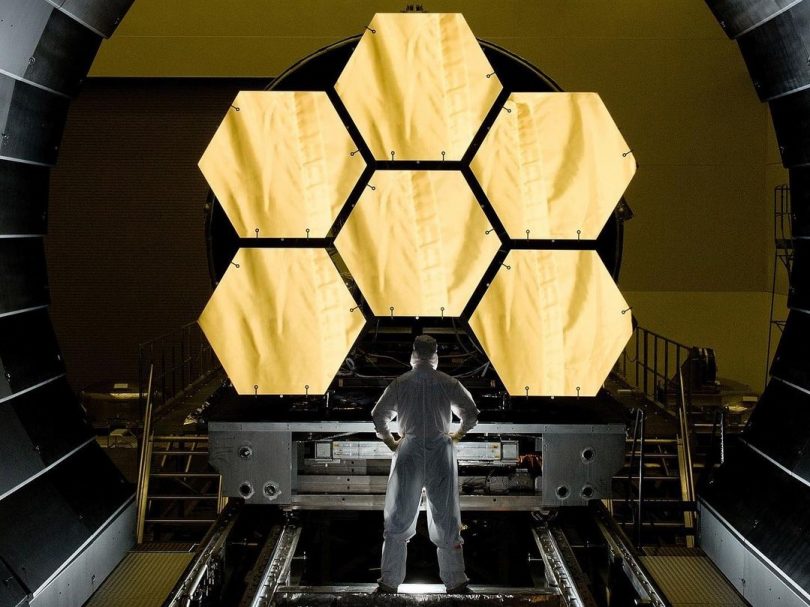 Canberra’s Deep Space Tracking Station could be the first place on Earth to receive signals indicating life on other planets from NASA’s new space telescope.

The US$10 billion James Webb Space Telescope (JWST) will help astronomers unravel the secrets of the cosmos in unprecedented detail.

The 10-year mission aims to observe the first galaxies that formed in the early universe and see planets taking shape.

It’s carrying cutting-edge technology, including the largest mirror ever launched into space, capable of seeing a wide range of light frequencies.

Canberra Deep Space Communication Complex (CDSCC) spokesman Glen Nagle said the JWST will be able to detect signs of life on planets within our own galaxy, the Milky Way.

“We could know for the first time whether there’s life out there and maybe clues to what it’s like. [If it’s] developing or even ahead of us,” he said.

“To tell us if these are worlds that have the potential to support life or even could be supporting life,” he explained.

“Even right down to the possibility of looking for a technologically based civilisation.”

The JWST launched on Christmas Day 2021 on an Ariane 5 rocket from Europe’s Spaceport in South America.

On 9 January it fully deployed its 21-foot, gold-coated mirror and was ready to prepare for science operations. 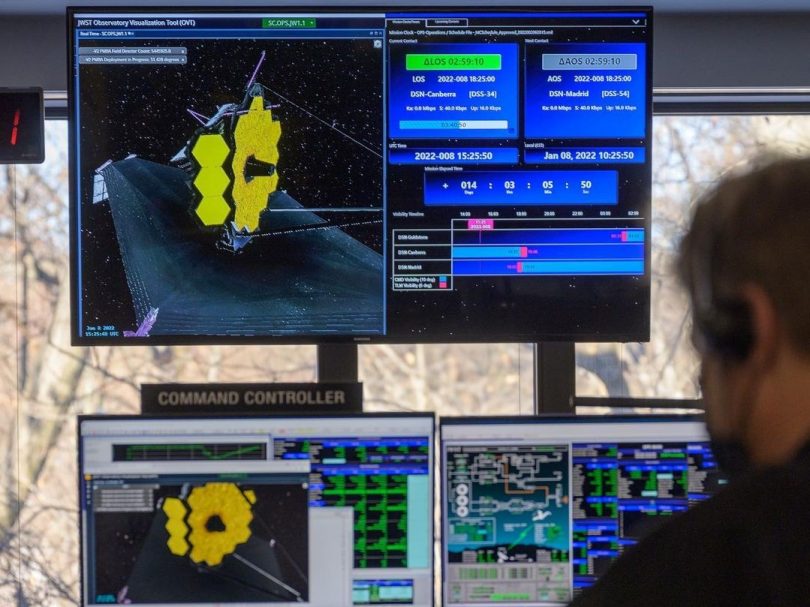 The Canberra Deep Space Communication Complex (CDSCC) played a vital role in seeing it off safely into space.

Mr Nagle said it was a moment years in the making.

“To get that signal in and be able to confirm the spacecraft was healthy back to mission control was a really good feeling,” he said.

According to Mr Nagle, the JWST is a complete game-changer, allowing images and detail like nothing on Earth can, “in the same way that the Hubble space telescope revolutionised our view of the universe around us in the optical wavelength”.

“Webb’s capability to actually see that infrared light and incredible detail, 100 times more powerful than Hubble could ever do in optical, will give us an unprecedented view of the early universe.

“It will reveal how the first galaxies were born, how that web of the universe came together.”

The JWST is designed to send 58 gigabytes of information back to Earth each day, more than any spacecraft has done before.

NASA is planning something special when the JWST is ready to take its first astronomical images, in about five to six months’ time.

“They plan a ‘wow’ image,” Mr Nagle said. “They’ve already got a target decided on, but they haven’t told anybody what it is yet.

“They will take their highest resolution image and that will be the first really big one revealed to the world.” 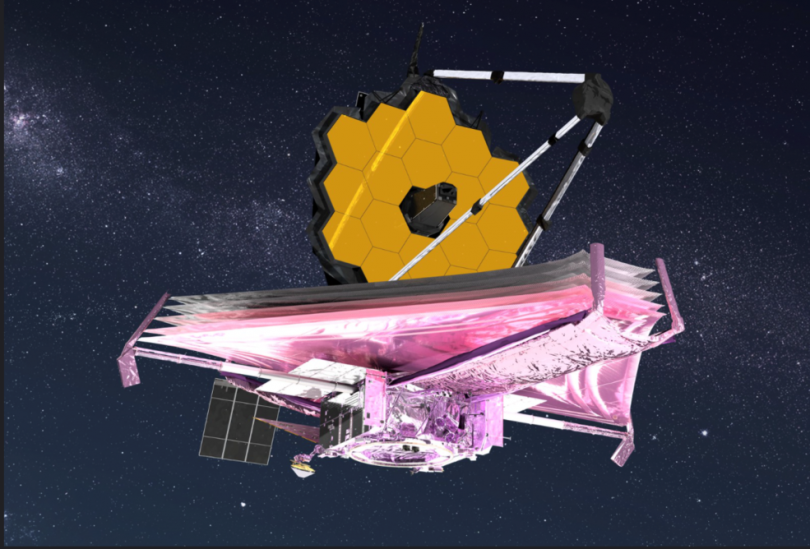 If the timing is right, it will be the CDSCC that receives the data from that stunning first image.

“It will come down definitely through the deep space network, but it all depends on the alignment of the stars whether it’s us or not,” Mr Nagle said.

“The signals we get from these spacecraft are just the digital ones and zeros. We’ll send that data off to the mission control team and they’ll be the ones to unpack it first.

“They plan to release it virtually in real-time, I’m sure they’ll have a big press conference around it and they’ll get it out as soon as possible.”

You can track the James Webb Space Telescope’s mission online.