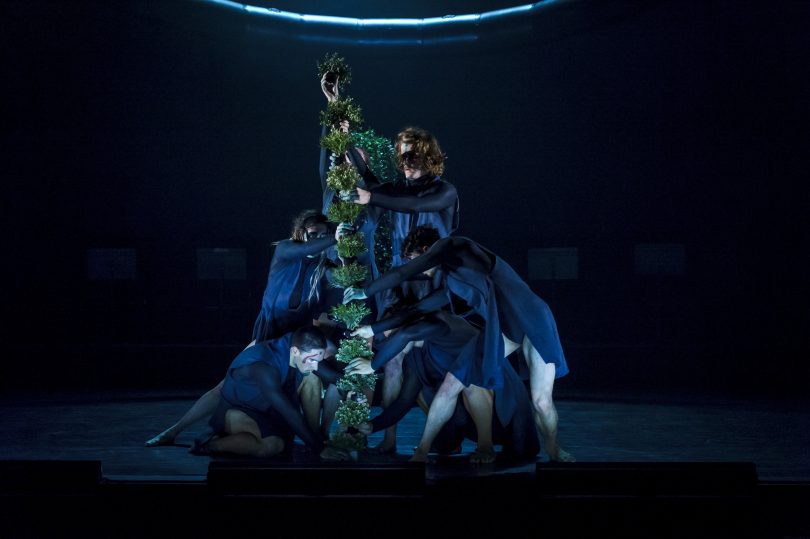 Weaving together live music and astonishingly powerful contemporary dance, The Beginning of Nature is a compelling work from the world-renowned Australian Dance Theatre (ADT).

With live accompaniment by the acclaimed Zephyr Quartet and two vocalists, the score combines electronica, strings and a libretto sung in Kaurna language, the first language of the Adelaide Plains. The resulting melody is at times fierce and explosive; at other times graceful and meditative.

Composer Brendan Woithe took on the challenge of writing the score and explains the process of working with ADT. 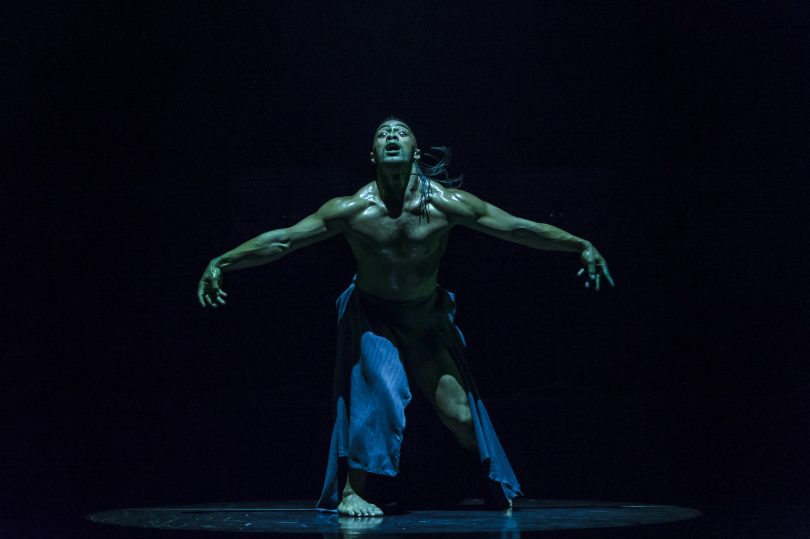 How did the collaboration with ADT come about?

I’ve been fortunate to have been working on projects with ADT since 2009. The first collaboration came about after the wonderful film composer Antony Partos sent on my contact details to Garry (Artistic Director Garry Stewart) as someone he might like to work with on their current project of the time; Be Your Self. Garry refers to the first meeting as a “blind date with a composer” – and we hit it off creatively straight away.

What do you enjoy about collaborating with ADT?

It’s all an incredible challenge (and I love that!). I get to flex creative muscles writing long-form pieces (The Beginning of Nature can be seen as one long piece in 9 movements, even though they were initially written separately, coming together as a single piece later in the process). I get to think about and musically respond to phrases of choreography and individual images, balancing that with the overall structure and dramaturgy of the long-form piece. Finally, getting to know all the dancers… to see them perform alongside the music, bringing feelings and ideas out that elevate the music beyond its state as a piece by itself is inspiring. I almost think of the dance as just another part of the orchestration in a way – and I really enjoy that relationship and composing within that framework.

What can Canberra audiences expect from watching the Australian Premiere of The Beginning of Nature?

I’m not sure The Beginning of Nature is the type of performance that benefits greatly from preconceived expectations. I feel going into it with an openness to experience and feel is an approach I’d take. There’s a uniqueness to this particular dance piece that comes from the music being performed live by vocalists and (abstracted) string quartet – but really this is secondary to the overall feelings, ideas and provocations the piece invites the audience to engage with. 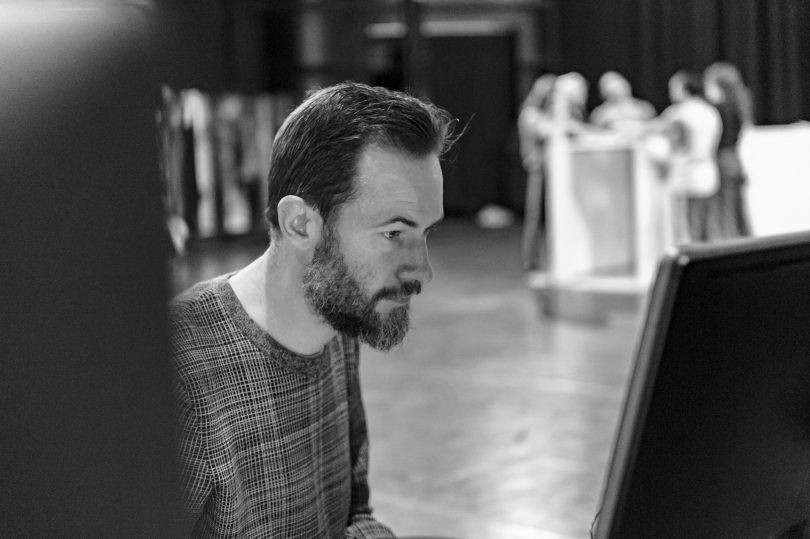 What was the inspiration for the score for The Beginning of Nature?

The musical piece is firmly embedded in the choreographic intentions/conceptual ideas for the piece. The inspiration is a response to those things. The rhythms of nature, Seasons, sun, tides, life cycles etc. But also man’s relationship to nature – his attempts to transcend but ultimately still be driven by primal rhythms such as the constant need for food, desire for sex, birth, and death.

What can Canberra audiences expect from the style of music used for The Beginning of Nature?

The music has been written for a string quartet, live electronic abstraction of the quartet, some electronic backing and two vocalists singing in Kaurna, the indigenous language of the Adelaide plains. Stylistically, I would refer to it as dense minimalism. Harmonically, it is for the most part quite simple, relying on constant evolutions of technique by the string players and automation of electronic treatments to alter otherwise repetitive phrases. It goes from open and light to monumental, covering a lot of ground within the overall chosen aesthetic. At times, part of the style involves a radical disconnect being created between what the audience would expect from the string players and what is heard through the amplified, abstracted sound. They can be playing long notes while it sounds like they are playing extremely fast repeated notes… or single notes can become enormous room-filling sounds… four string players can suddenly sound like 16, with the notes being pitch shifted and built up in dense harmonic clusters.

What was the inspiration behind incorporating the indigenous classical singers and live performance by the Zephyr Quartet into the score?

There’s a wonderful synthesis of ideas that came about when the opportunity to include indigenous language into the score came. The Kaurna language had disappeared following historical colonization, only in relatively recent times being revived and reconstructed. I cannot take any credit for the incorporation of the language with this work; it was Garry’s idea to try to use this language – and to collaborate with Jack Buckskin (who is one of very few people who speak the language) – to come up with the words for the lyrics which reflect the ideas of the different sections of the piece. Given the history and importance of the language (and its own story), it was quite obvious that we wanted to have indigenous singers perform the score where possible.

The use of the string quartet and live electronic manipulation was something that I proposed as an idea after writing the first initial sketches for the score, even before the ideas of indigenous language were considered. A number of these ideas felt related to some experiments and pieces I’d previously written for the quartet + electronic manipulation, and this seemed like a great opportunity to push these ideas far further. Garry and I also had conversations about creating a score that would be less hard/purely electronic than some previous collaborations (such as Multiverse). Little did we know that this chosen path would be so technically and organisationally demanding, though it has opened up some incredible opportunities, new aesthetics, techniques and sounds which I’ve loved playing with as a composer. 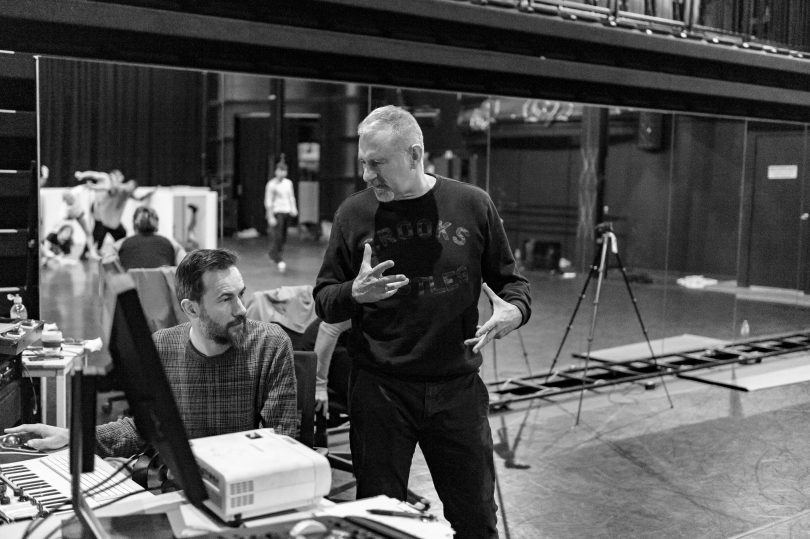 The Beginning of Nature will be on at the Canberra Theatre Centre on June 14th – 15th.

Sam Brown - 36 seconds ago
Kirsty Jones will do for sure View
Kirsty Jones - 14 minutes ago
Sam Brown and check out that wee cafe ✔️ View
Stephanie Nott - 2 hours ago
Catherine Munn, plus lunch 😉 View
Opinion 53

Vanessa McIntosh - 1 minute ago
Ally Digney oh 100% they need taking but they don’t even though they’ve been called, and won’t use security camera foot... View
Karin Hagel - 12 minutes ago
William - if they aren't renting it would they pay land tax? View
William Coats - 28 minutes ago
Exactly the private companies and investors doing urban infill are creating more houses for more families View
Community 5