National Rally Championships kicking off in Civic Square in Feb

According to this press release Canberra has been chosen once more to host the National Capital Rally again, which would seem to be a given due to it’s name but I really don’t know anything about it.

Rally driving, I believe, is a kind of race where nobody is racing against you and you need to do a lot of Tokyo drifting to win it.

Sounds fun to do but I can’t imagine watching it, at least not without a pumping j-pop soundtrack and a fish out of water story to frame it.

If you can imagine watching it, and have decided that your imagination isn’t enough and would actually like to see this thing for real, mark out the 28th of Feb in your calendar.

Canberra is set to host the National Capital Rally for the second time, with the streets of Canberra and the Territory’s pine forests set to come alive for cities biggest motorsport event.

The rally will commence with a ceremonial start in Civic Square at 4pm on Friday 28 February, and will continue until Sunday 2 March. It is the first round of the Australian Rally Championships (ARC), and will be broadcast on national television.

The ARC returned to Canberra as a Centenary celebration in March 2013, for the first time in five years.

Spectators will have the opportunity to witness the country’s finest drivers battle it out over some of Australia’s best roads for rallying, with vantage points at Kowen Forest, Laurel Camp and Uriarra State Forest.

Please excuse any innacuraies in my description of rally driving, my entire understanding of racing comes from a lifetime of playing Mario Kart and an odd obsession with Fast and the Furious: Tokyo Drift. 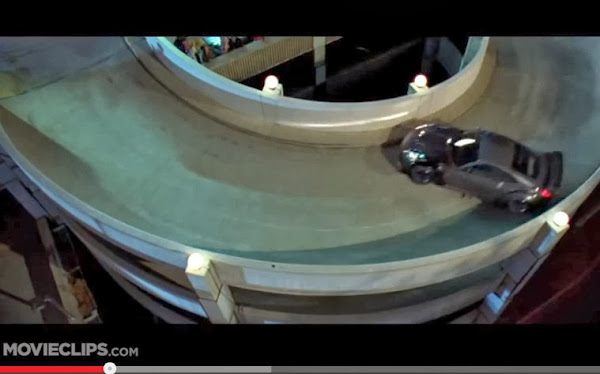 Wow, I’m surprised the Greens have allowed this to happen – or did the organisers manage to appease Mayor Rattenbury by making the event carbon-neutral, or something???

You know……I have never actually heard Mr Rattenbury say anthing about banning cars or motorsport in general, so far I have seen him try to get a bit more equity into our transport systems for all users, not the self entitled ones who think they own the infrastructure because they pay rego……

Wow, I’m surprised the Greens have allowed this to happen – or did the organisers manage to appease Mayor Rattenbury by making the event carbon-neutral, or something???

Thanks for the video.

By far some of the best local rally video ever. There is nothing quite like a MK11 Escort screaming its tits off and lifting a wheel in a corner.

I dunno, watching WRC cars rifle through the vineyards of Rally Germany in their aggressive tarmac setup is pretty special.

(Sigh). RS1800s, Fiat Abarth 131Rs, Isuzu PF50 ZZ-Rs, P510 Nissans, even the odd TR8. All two wheel drive. Secret Route. Competitive sections longer than 60kms. The days when a decent steerer, armed with a well-built jigger, could threaten the works teams. Nothing but a sad memory in these days where it seems the entry lists are propagated mainly by middle-aged blokes of middling talent, but who are backed up by thick wallets (even in historics). I used to travel from Brisbane every year for that event. Yet, even though I have lived here for a decade, I now couldn’t be bothered.

Bit of a coup, though, to have Mr Vatanen here. Might have to go to the dinner. My son is, after all, named after him (mainly for Mr Vatanen’s work as a French representative in the European Parliament . . . or so my son’s mother would have anyone believe lol). (As an aside, a lot of the bits in that car he drove here in ’80 wound up in an RS1800 I was involved with, and used to service for, in Queensland in the early 80s).

I spent many years watching the Bega Valley Rally and even did some marshaling for a couple of years when I was growing up.

I miss punting around the bush like we used to.

Bega rally was allways good some great high speed dirt around there dad used to drag us kids along and sponsored a few cars over the years too I think. happy days when rally cars were front engine rear drive and dirt bikes were two stroke

How much are tickets this time?

I spent many years watching the Bega Valley Rally and even did some marshaling for a couple of years when I was growing up.

I miss punting around the bush like we used to.

Thank you KB. That brought back some brilliant memories. As a 5 year old I remember seeing Greg Carr – but I didn’t realise Vatanan ran. Love the footage of the roads that are now the arboretum and I am guessing Fadden?

Fadden, Richo, Chisgholm, Gilmour ect. I was having a chat with some mated on FB about this & one is a member of BMSC and he showed me a photo of the route book from the rally which covered all of these suburbs.

By far some of the best local rally video ever. There is nothing quite like a MK11 Escort screaming its tits off and lifting a wheel in a corner.

Thank you KB. That brought back some brilliant memories. As a 5 year old I remember seeing Greg Carr – but I didn’t realise Vatanan ran. Love the footage of the roads that are now the arboretum and I am guessing Fadden?

“chosen once more to host the National Capital Rally again”

Really? I am no literary genius but at least I don’t do that!! 😛

A little bit less Tokyo drift and a bit more Climb Dance, especially because Ari Vatanen (google him if you must) is going to be in Canberra at the time!

Geoff Roberts - 10 minutes ago
NO! No more needs to be said. Ask the society they offended. View
Marilyn Roberts - 34 minutes ago
ABSOLUTELY NOT View
Peter Major - 38 minutes ago
They are safer in than out. And so are we View
Community 12

Peter Bucke - 32 minutes ago
John Mavrogenes yeh let’s get geo con in there to do us proud View
Justin Watson - 2 hours ago
The issue with building housing for lower income families is to reduce the cost and make it affordable they either need to be... View
chewy14 - 5 hours ago
The Curtin horseparks should have already been developed, keeping such a large and valuable space for privileged horse owners... View
News 8

Amanda Hope - 1 hour ago
My department does not have enough remote tokens. And the ones already being used seem to crash a lot due to heavy traffic. View
Veronika Sain - 7 hours ago
Can their IT systems even manage more staff working from home? I believe most departments haven’t got the set ups to enable... View
Linda Wallwood - 8 hours ago
I rang this morning, we can't for another 3 wks.... View
News 6

chewy14 - 8 hours ago
JC, Yep some property investors are about to face the real world for the first time in a long while. Who knew that investing... View
chewy14 - 8 hours ago
Grimm, You don't understand how supply and demand works do you? How are you going to increase costs for a product that will h... View
dcollins - 10 hours ago
Dr Shane Oliver, Chief Economist of AMP’s Capital division, has predicted a 20% drop in Melbourne and Sydney house prices d... View
show more show less
*Results are based on activity within last 7 days