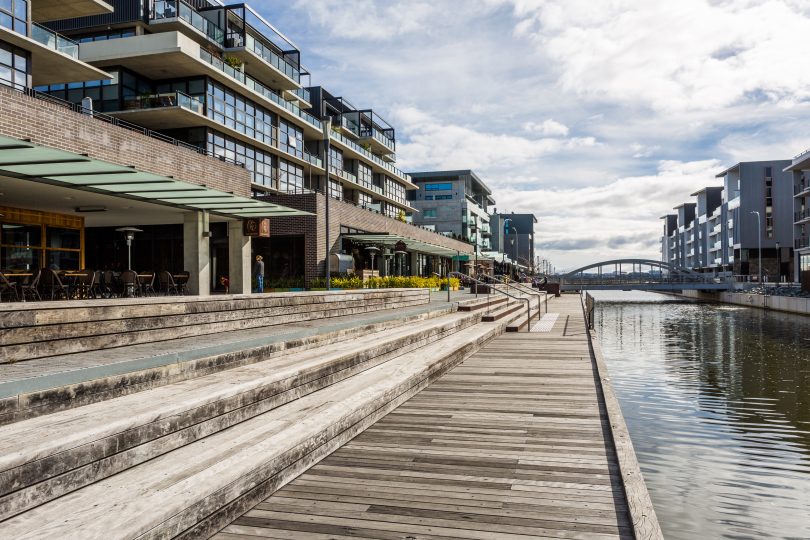 The Anglicare Rental Affordability Snapshot, released today in Canberra, shows a continuing decline in rental affordability in the ACT.

The report, now in its ninth year, shows a long-term decline in affordable private rental properties in the ACT with no properties available across almost all household types surveyed*.

The 2018 report surveyed over 67,000 properties in regional and metropolitan areas from every state and territory (1078 in Canberra), and tested their affordability for 14 low income household types*. The survey took place on Saturday 24 March 2018 (types of households and major findings can be found below).

The exceptions were households earning a minimum wage and receiving family benefits, and people receiving the aged pension, however in these categories less than 2% of properties were within reach, down from 6.7% and 3.4% respectively in 2015.

Singles earning a minimum wage fared only slightly better with 4.4% of properties listed as affordable, however, this was also a significant fall from the 2014 figure of 8.6%. 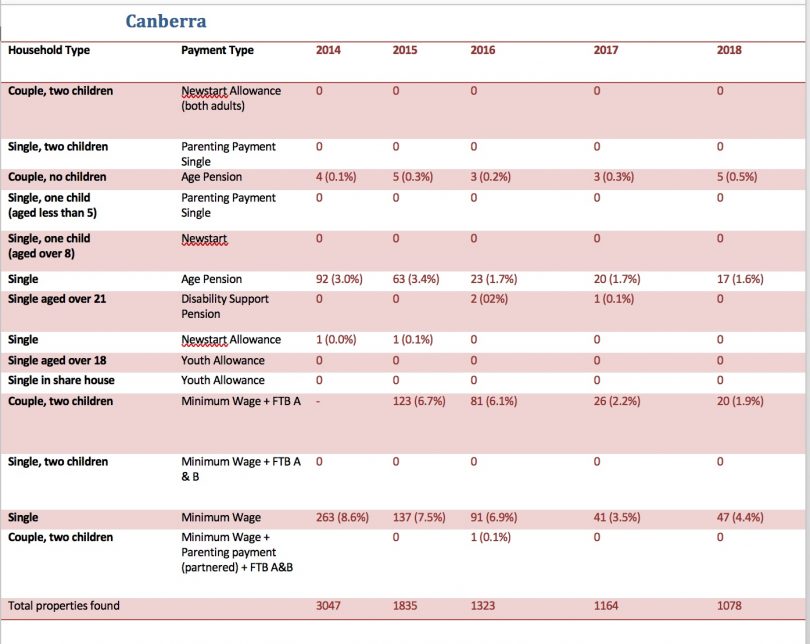 “This alarming downward trend requires an immediate response. The situation is critical and cannot continue without creating further pressure on families already struggling, in some cases literally deciding between whether to pay rent or groceries,” said Mr Halcrow said.

“More public housing is needed and should be located close to transport, particularly with the reduction in public housing in the city centre where a number of community services are located. Greater protection is also needed for renters who are at risk of unaffordable rent hikes.”

The findings reflect the situation experienced by **Nikki, a single mother living in a refuge in Canberra.

“Unless you’ve got a pretty good job, there’s just no chance of finding a property you can rent – especially if you don’t have a regular income and you’re relying on government help,” said Nikki.

“It’s difficult to apply for work when you don’t have a stable address. The anxiety is really hard – it takes a toll on you.”

**Not her real name.

Do you agree that with the Rental Affordability Snapshot 2018 that rental affordability is declining in the ACT?

Same with us - making the move to the ACT in December. Have started looking into the rental market. We own our place currently on a dual income. We make decent money but to rent a 4 bedroom home is so expensive compared to where we live in the Blue Mountains at present. It's really shocked us. It far outweighs our mortgage repayments by a mile! Must be extremely hard for single income families 😳

and single income families. Our rent was 50% of our f/nightly income when we moved to Canberra.

It's not just people on the dole, it's retirees on pensions as well.

@The_RiotACT @The_RiotACT
Misplaced for decades, the drawings and meticulous records of Goulburn #architect EC Manfred eventually saw the light thanks to the dedicated efforts of #volunteer historians, plus a little bit of luck https://t.co/Ga0Bn2B66D (30 minutes ago)