Developers of a new 144-bed aged care facility for Goulburn have been working closely with Goulburn Mulwaree Council to find suitable sites for the development which will provide a high level of care, including dementia care. Photos: Maryann Weston.

The developers behind a new 144-bed aged care facility proposed for Goulburn will announce the development site in the next six weeks.

Signaturecare CEO Graeme Croft confirmed the development is proceeding as planned. The facility is expected to create up to 170 jobs and will also provide high level and dementia care to Goulburn and the surrounding region.

“This is a significant investment for Goulburn,” Mr Croft said.

Strong research underpinned the decision to build in Goulburn. The area was identified by Signaturecare, a Victorian-based company that has been constructing and operating aged care facilities across Victoria, ACT, New South Wales and Queensland since 2006, as well as the Commonwealth.

“The area was identified by ourselves and the Commonwealth as one of high need,” Mr Croft said.

Signaturecare is currently reviewing three to four potential locations for the development which is expected to occupy a two-hectare site and employ up to 30 people during the construction phase. Mr Croft will be in Goulburn this week to visit possible locations.

“We do have specific requirements and we’re working with Goulburn Mulwaree Council and narrowing these down. We expect to announce the site for the new facility in about six weeks,” Mr Croft said.

Goulburn’s ageing population, as well as its population growth, were two factors influencing the location decision. ABS 2016 Census statistics indicate above-average trends in the ageing population in Goulburn compared to national trends. People aged 65 years and over made up 19.3 per cent of the population.

The region’s population has been trending upward with continued growth predicted over the next decade.

Mr Croft said the new aged care facility could be up and running in around two years. It would provide for reunions with couples and for families where loved ones may have had to be located elsewhere. Of note was the inclusion of high-level dementia care in the development, with a specific wing devoted to residents with dementia. 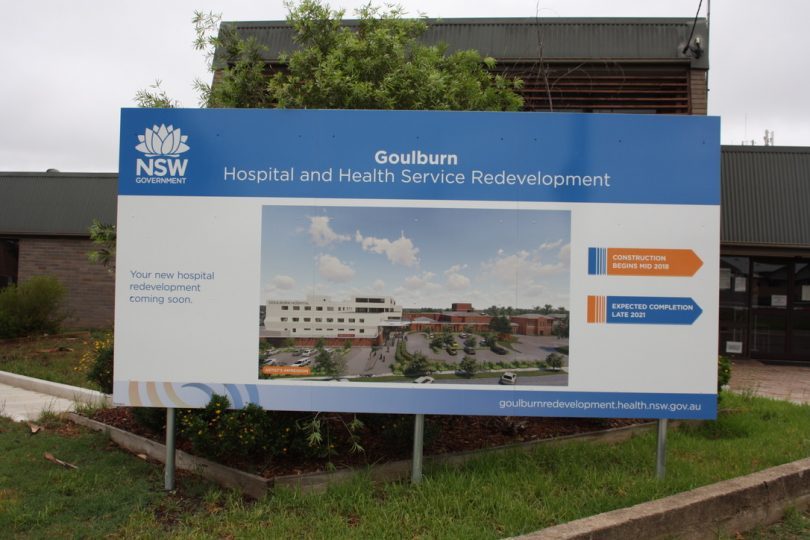 Signaturecare would develop the facility and partner with an operator to deliver the services.

“The new aged care facility in Goulburn will be Commonwealth registered and Commonwealth funded. We are also working closely with local government and their planning department,” Mr Croft said.

Goulburn’s location, population trends, and its medical facilities were all in the decision-making mix. The NSW Government is currently undertaking a $150m redevelopment of the Goulburn Base Hospital which is expected to be completed in 2021.

However, given the new development is high care, nursing and visiting doctors can provide medical support within the facility. Should residents and family wish, palliative care can also be provided onsite.

Mr Croft said Signaturecare had been given strong support for the development from Goulburn Mulwaree Council and Energy Minister and Federal MP Angus Taylor.

“He has advocated for it and has been proactive in supporting the development for the Goulburn region. The local government has been right behind it also.”

Ashley Wright - 55 minutes ago
Josh Shirley and when did you buy this property and how much equity did you have when you brought? View
Ashley Wright - 59 minutes ago
Candace Driscoll they never make more than market value of the property. Whilst rent is based on a percentage of income of al... View
Josh Shirley - 5 hours ago
I had a 3 bedroom 2 bathroom townhouse in Melbourne 30mins from the city and the mortgage was $200 a week cheaper than any re... View
Lifestyle 18

Garth Kirwin - 7 hours ago
they need to fix these lovelys up.if canberra loses these canberra loses it soul. View
Kathleen Lee - 15 hours ago
What! They are historical buildings. Don't be so silly. View
Glenys Callaghan - 18 hours ago
I love these buildings, they represent Canberra to me. I hope they are never pulled down as they are part of Canberra’s his... View
News 5

HiddenDragon - 11 hours ago
"...the government should let the market do its work and instead focus on cutting rates, charges and land tax as NSW has done... View
Ray Polglaze - 16 hours ago
Do you have evidence to support that assertion? View
Ray Polglaze - 16 hours ago
Barry Morris says "“Let the market sort it out – it will sort it out". But where is the evidence to support that confiden... View
Lifestyle 12

@The_RiotACT @The_RiotACT
Veteran organisations have welcomed the Federal Government's announcement that it will establish a Royal Commission into Defence and Veterans Suicide https://t.co/qpHIPzY1Vh (12 hours ago)