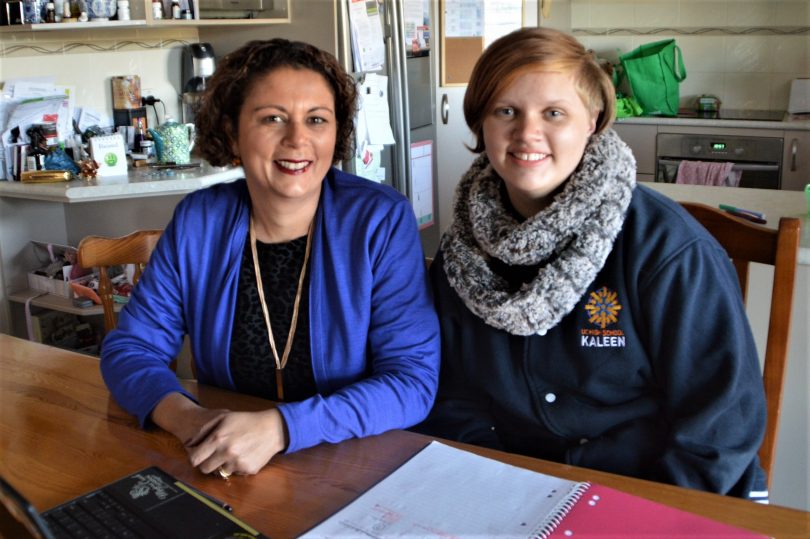 Patricia Falcetta of Social Living Solutions with 14-year-old Nikita Fulton who has hopes of one day becoming a veterinarian. Photos: Glynis Quinlan.

Early last year life became very tough for Nikita Fulton of Flynn. Recently diagnosed with autism spectrum disorder (ASD), Nikita was traumatised by having to change schools in Week 3 of the first term of Year 8 due to difficulties with affording school fees. She had no school friends and was stressed, unhappy and struggling at school.

Fast forward one year and two months and it is a far different story. Fourteen-year-old Nikita is going well at school, has a part-time job she loves, is motivated and has a solid group of friends she enjoys spending time with.

Nikita and her mother, Paula Brooks, attribute much of the difference to the input of Patricia Falcetta of Social Living Solutions and the ‘Family Joy Model’ she has developed.

Rather than sitting in an office and working with Nikita in isolation, Patricia works closely with the family, helps liaise with the school, facilitates interaction with a psychologist and other specialists, and acts as an advocate for both Nikita and her family. She has also developed a close bond of trust with Nikita, aided by their regular ‘walk and talks’.

For Patricia, it is all about working with a child’s family and their environment – as well as the child – to help them reach their full potential while bringing joy back into family life.

Herself the mother of two teenagers on the autism spectrum, Patricia says she understands the support families need and the anxiety and stress they can encounter.

She believes that her business and the family-orientated model she has developed constitute new territory for Canberra but provide something that is desperately needed – particularly at a time when one in 14 young Australians experience an anxiety disorder.

The need for family-centred support

“When I first started my business I was very child-centred and would only focus on the child. Through my business evolving and growing, I’ve come to realise that I’ve got to look at the family as a whole, and what’s going on within the family and the family dynamics,” Patricia said.

“With some families I have to look at diet as well, and the language they’re using with their children and how they’re speaking to each other. I also look at the outside influences.”

The aim of the ‘Family Joy Model’ Patricia has developed is to take families from a place of stress, worry and anxiety to a position of relief, balance and happiness. 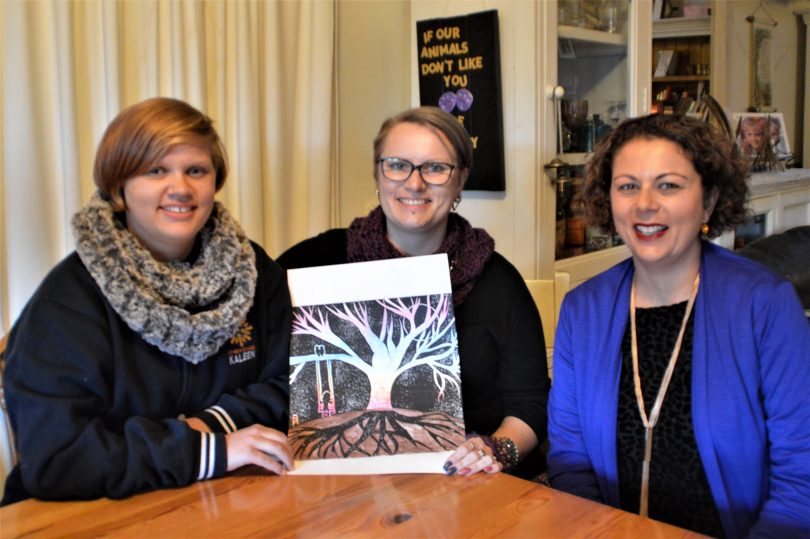 Nikita, her mother Paula Brooks and Patricia with one of Nikita’s paintings. Patricia believes in working with the whole family.

Under the model, this involves three steps which each have three substeps. The first step is ‘alignment’ which involves looking at diet, family behaviours and parenting style. The second step is ‘nourishment’ which refers to trust, support and growth. The last step is ‘environment’ which includes external and internal influences, the language used within the home, and family routines.

In working with Nikita, Patricia looked at her relationship with her mother and sister and how they communicated in the home, as well as how to build and maintain friendships outside the home. Patricia found that Nikita’s family were already eating well and so she didn’t need to look at diet, but support was needed in communicating with external influencers.

Patricia was able to recommend a good psychologist who has worked out well for them and also referred them to other specialists whose support was needed.

She has also helped Paula with the “complicated” process of liaising with the NDIS and has attended several meetings with Nikita’s school, Kaleen High School, to help ensure she gets the support she needs there. Through working with the school, Nikita was able to get a part-time job at a boarding kennel – something she loves.

Finding a place in the world

As a mother, Paula has been “over the moon” to see the difference in her daughter.

“At first, Nikita didn’t know where her place was. She felt really displaced,” said Paula.

“That’s only developed within the last year and a bit, which is absolutely beautiful to see,” said Paula.

“She’s actually motivated. She’s getting out of bed herself in the morning. Socially she’s found her niche. She’s actually got her tribe and that’s fantastic to watch – they have fun, they do things, they go out, they come over here.”

Hopes for the future 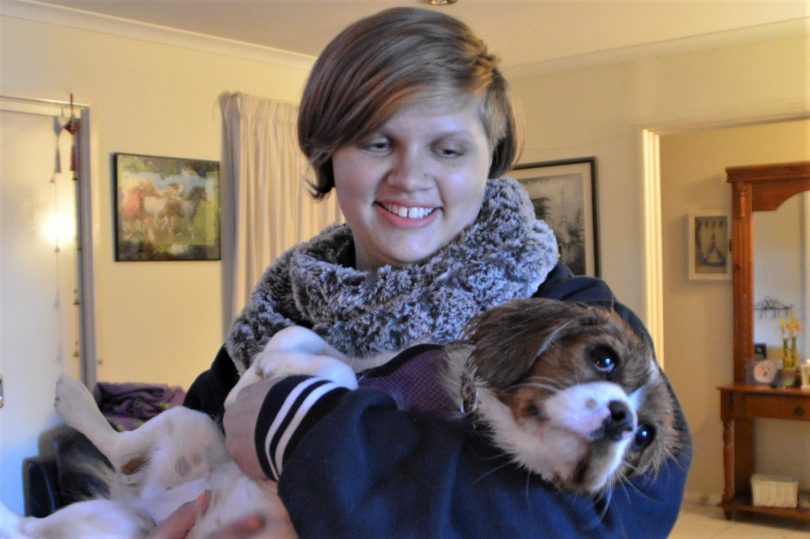 Nikita loves animals and is pictured with her very affectionate dog.

Nikita says her confidence has been built up and she is looking forward to the future – with hopes of one day becoming a veterinarian.

“I actually feel like I want to do something with my life, I want to be productive. I know exactly what I’d like to do and how to do it. I just know what direction to take,” Nikita said.

“The help from Patricia, and from my mum, and from my sister and my family just helped me learn how to socialise, how to be a normal person, how to be involved in the community.”

Nikita has a strong love for animals – particularly dogs, goats, alpacas and chickens – and is enjoying doing shifts at the school farm. She has plans to do a Certificate I in Vet Nursing through Kaleen High next year and to take things from there. Although there are still times when things aren’t easy for her, life has definitely improved.

A wonderful story! And thank you The RiotACT for accessible, free articles.

Great to see the word spreading about your services !

Thank you Gynis Glynis Quinlan for this fabulous article and interview.

I am very proud of it. My work is my passion I absolutely love what I do. It is so rewarding working with families and children

Patricia Falcetta thanks! All the best with your work.

Charley Carey - 6 minutes ago
Kelly Emblen. This is perfect its almost your own island View
Margaret Harries - 6 hours ago
What a fantastic house and property, I love it,wonder what’s the price their asking for it View
Lifestyle 4

Sally Hopman - 14 minutes ago
Maureen Lancaster I can check with Angela. 😀 View
Opinion 102

Martin Ross - 56 minutes ago
Us taxi drivers would love it to return View
Marko Potrebica - 1 hour ago
What a fantastic idea. Congratulations to the organisers. Thanks you🏁🏁🏁🏁 View
Michelle Ayers - 8 hours ago
Yes please 🙏 View
Community 55

Brendo Collins - 2 hours ago
Maybe cause no one went to this actual facilty it is closing. Maybe if you attended it might still be open. View
Mookie Moo - 4 hours ago
This is so disappointing. I have not used this facility, but I have done weekly aqua aerobics as my main form of physical fit... View
Anne Maree Crowe - 7 hours ago
I feel for these people who have lost their water aerobics classes. Many elderly and people with mobility issues rely on swim... View
News 18