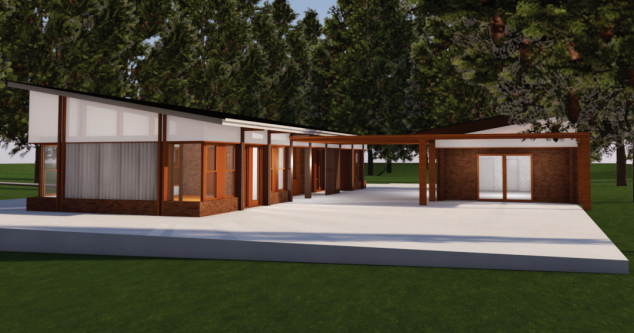 A new community centre for Haig Park in Braddon would cost $1.7 million and could be up and running by early 2022.

The City Renewal Authority, which has been conducting work to reimagine Haig Park’s role so it becomes a more active part of the growing inner north community’s life, has released designs for the conversion of the former Haig Park depot into a flexible community centre able to host a variety of community activities.

CEO Malcolm Snow said the design has been shaped by extensive community engagement since 2017 which has identified a number of new ideas for the park.

“Building on the community’s feedback and ideas, we’ve created a simple but robust design that adapts and reuses the former building including flexible spaces able to host community activities such as gardening, painting, woodwork, playgroups and yoga,” Mr Snow said.

The proposed design features a workshop, storerooms, outdoor work area, meeting room, office, a multipurpose space with kitchenette and toilets, as well as landscaping with outdoor seating and gathering areas.

The centre is intended to open out to the landscape, extending into a semi-covered courtyard and incorporating an irrigated ‘village lawn’ and nature play space for toddlers.

Another view of the design.

The Authority has also released the Haig Park Experiments Summary Report which documents the findings from the series of activities last year which included community events, installations and temporary infrastructure across multiple sites in the park.

“The Experiments were extraordinarily successful in positively changing people’s perceptions of the park and increasing the number and diversity of visitors, with more than 30,000 people participating in the program over a six-month period,” Mr Snow said.

The report recommends that an events program continue to build on the success of the experiments, more placemaking initiatives and resources to encourage use of the park, and better facilities.

It says the Authority will retain and reuse the facilities and infrastructure from the experiments that were well received by the community, including the nature play, bike track, seating, signage and public art. 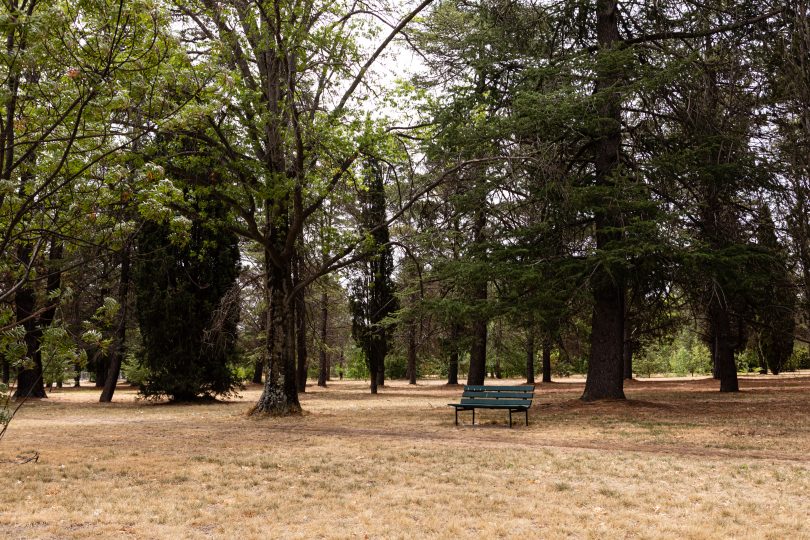 Many see Haig Park as a community asset that could be much better utilised. Photo: Daniella Jukic.

It also is planning infrastructure improvements such as footpath and lighting upgrades and a new nature play playground as well as the new community centre.

The Authority developed the Experiments program in association with the University of Canberra, Tait Network, Ainslie and Gorman Arts Centres, and Dionysus.

To have your say on the proposed design for the Haig Park community centre, visit Your Say, or drop into the City Renewal Authority pop-up community session on Saturday, 14 November from 10:00 am to 12:00 pm at the Haig Park Paw Party.