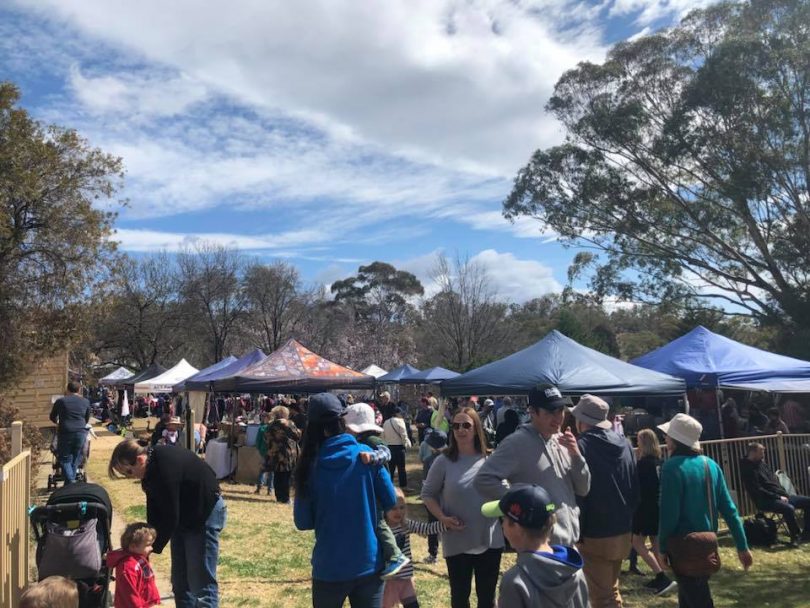 A plan has been released to guide the future development of the historic village of Tharwa in Canberra’s south, which is hoped to reinvigorate the village and make it a popular destination for visitors again.

Minister for Planning Mick Gentleman released the Tharwa Village Plan, which will require a variation to the Territory plan, at the village fair on Sunday (9 September).

Mr Gentleman said the Village Plan recommended the enhancement of the village core as an attractive, social, recreational and creative hub for the local community while also attracting visitors to experience the qualities of a rural village.

Central to this will be the Cuppacumbalong Homestead Precinct which Mr Gentleman said expressed and enhanced the story of Tharwa’s Aboriginal and European history.

The Village Plan also identifies five unused blocks for housing, with any new development to retain the village’s rural character.

The plan includes a new non-potable water supply for firefighting in the village, with its construction likely to commence early next year.

It also includes recommendations for future public space upgrades and improved pedestrian and cycle path connections throughout the village, as well as new recreation facilities at the Tharwa Bridge Reserve and a future nature play facility that will repurpose old timbers retained from the Tharwa Bridge refurbishment.

To implement the Village Plan, a draft variation to the Territory Plan (DV359) has been prepared. It introduces changes to the Tharwa Precinct Map and Code to ensure that the recommendations in the Village Plan can take place.

“Like many Canberrans, I share the great passion with local residents to preserve the character of the Tharwa Village and its place in Canberra’s history,” Mr Gentleman said.

“The Village Plan is an important step forward for the Tharwa community and one that I trust will be embraced and built upon for generations to come.”

To review and comment on Draft Variation 359, go here.

Sylvia Doherty - 7 hours ago
Amy MacMillen this is the talk that we went to that I was telling you about. View
Anne Brechin - 13 hours ago
I’m not convinced society as a whole wants to jail 11 year olds. View
Coralee Rauber - 13 hours ago
At age 11 the kids know better. The age should stay at 10 to be sentenced View
Community 92

HiddenDragon - 10 hours ago
"In the ACT, only a public service cleanout would make a dent on the market, and that is hardly going to happen when governme... View
Capital Retro - 13 hours ago
There is absolutely no incentive for people to downsize. The ideal requirement for downsizing seniors is a single level town... View
bj_ACT - 14 hours ago
I’m surprised you don’t think the price of land has risen much in the last year. One half of a sub divided block near me... View
News 1

John Moulis - 15 hours ago
I have to admit I liked watching the skateboarding especially when the Japanese boy sailed through and won the gold medal whi... View
show more show less
*Results are based on activity within last 7 days