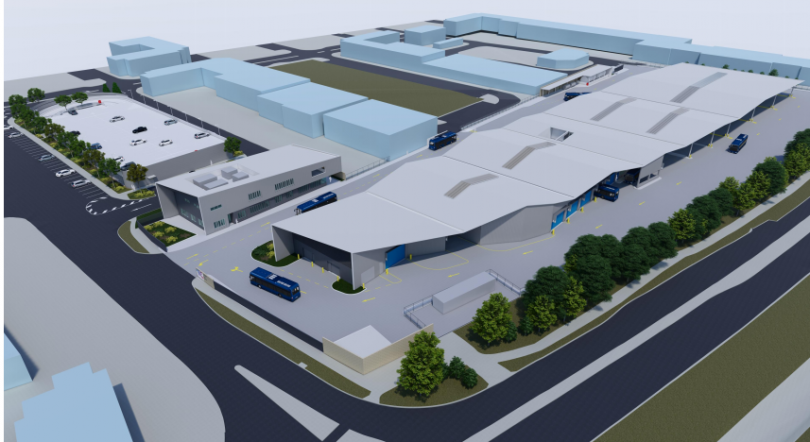 A view of the proposed Woden Bus Depot from the corner of Athllon Drive and Parramatta street. Images: Purdon Planning.

The new Woden Bus Depot in Phillip will be able to cater for electric, hybrid and double decker buses as the ACT Government moves to increase and upgrade the fleet to meet its zero-emission targets.

According to a development application lodged by Transport Canberra and City Services, the new depot, to be built on the same site as the previous one which was demolished in 2018, will also include a multi-storey staff car park, with end-of-trip facilities for cyclists

The DA says the new depot will inject about 300 jobs into the area and benefit a range of existing commercial businesses.

The nearly $45 million project will also include a covered bus shelter to house 104 buses, workshops, washing and refuelling bays and an administration and training building.

If Labor is re-elected, a further $13 million will be spent to fit out the new depot with charging infrastructure and upgrade workshops so it can charge and service 50 electric buses.

Labor plans to buy 90 electric buses in its next term, with procurement starting from early next year. 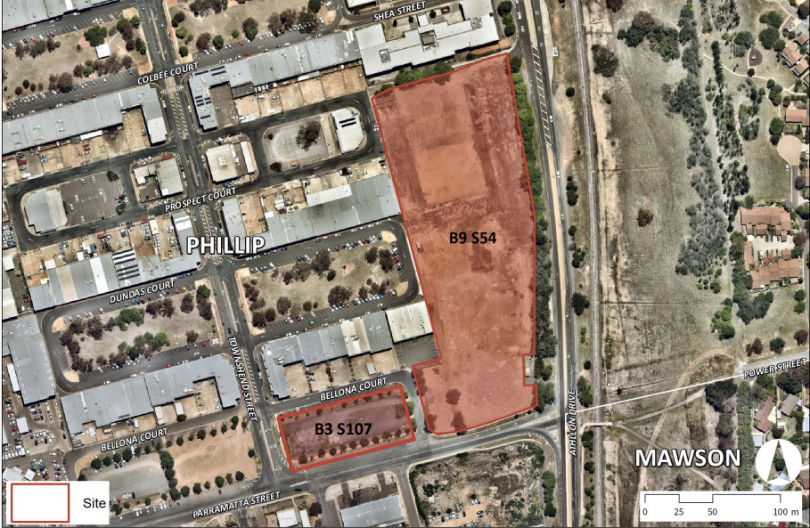 Aerial view of the site development.

It has also pledged to build a new northside depot that would eventually accommodate about 240 electric buses.

The DA says the re-build of the bus depot is required to meet the changing nature of Canberra’s bus fleet, which is expanding and deploying bigger buses, be they ‘bendy’ or even double-decker vehicles.

Labor, with support from the ACT Greens, plans to stop buying diesel buses from 2025, aiming for a zero-emissions fleet by 2040.

The depot is proposed for Block 9 Section 54, and the staff and visitor-only car park is slated for the adjacent Block 2 Section 107. 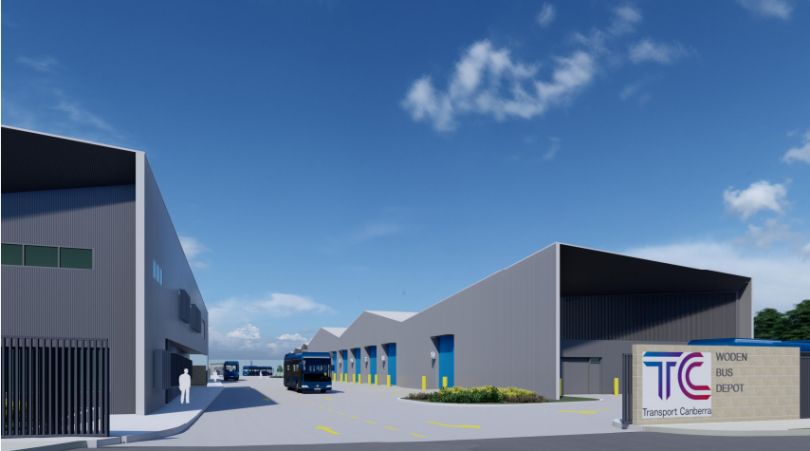 The Parramatta Street entrance to the proposed new bus depot in Phillip.

During community consultation, cycling lobby group Pedal Power successfully argued that the length of turns be increased so that cyclists are facing 90 degrees into the Athllon Drive – Parramatta Street intersection, instead of having a bus behind them when approaching the intersection.

Pedal Power also raised concerns about the visibility of buses when travelling northbound, and argued that four trees at the intersection be removed.

The Woden Valley Community Council would like to see more trees planted on unleased Territory land around Phillip and TCCS will raise Phillip as a potential area to be included in its More Trees project.

Trees on the southern end of the main block will be cleared but protected trees along the adjacent verges will not be affected. Landscaping is proposed around the multi-storey car park.

The council was also told that the project would not interfere with any future light rail along Athllon Drive.

Phillip Traders’ concerns about loss of parking spaces in the precinct were allayed but they were told that the new car park, which will have 152 car spaces and 22 motorcycle spaces, would not be available to the public.

Some how this is going to get more people on buses?

We’re excited that the bus depot will be build in the Phillip Business Community, with the mutlistorey carpark next to it for the staff. With 1 reservation, we’ll be losing valuable parking spaces for the already tight parking within the precinct.

We’ll be asking, again, for the ACT Government to look into PPP agreements to develop multistorey parking on Grenville and Prospect Courts to accommodate the growing number of workers parking in the all day spaces.

Tom Adam or they could just get the bus to work!

Peter, sadly people who live in the south aren’t getting the best bus service at the moment. Plus a lot of the workers in the area start work at 7am or earlier and buses aren’t operating early enough.

Not as simple as “use public transport” sadly.

Tom Adam . Indeed being a bit smart. The bus service is not what it should be.

Peter Bee Yes too true, my nephew used to get a bus to his apprentice job in Phillip that took around 20 mins, now under the new network it takes him over an hour. To go to Phillip from Kambah I now have to go via Cooleman Court. What a debacle the new bus network has been for Tuggeranong residents.