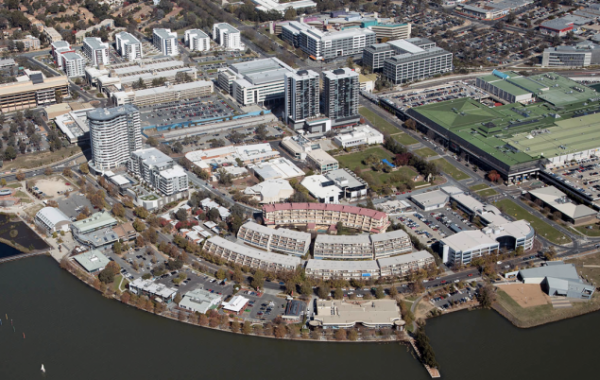 Works are underway to expand the 40 kilometre per hour speed limits already in place in and around the Belconnen Town Centre. File photo.

Belconnen Town Centre will soon have nine expanded 40 kilometres per hour zones, with works underway to expand the speed limits already in place in and around the centre.

Nearly 100 new signs will be installed at a number of locations in Belconnen notifying motorists of the reduced speed limit, with the works expected to take several weeks to complete.

After an ACT Government investigation into the potential of 40 km/h areas around shopping centres and community facilities in the ACT to improve levels of safety, especially for cyclists and pedestrians in 2010, the Government trialled 40km/h areas in Gungahlin and Woden town centres in 2011.

Following a review of the trial, which included consultation with the local community and traders as well as the collection of speed and traffic volume data, the ACT Government decided to implement the reduced speed limit in the Woden and Gungahlin town centres on a permanent basis and introduce 40km/h precincts to Belconnen, Civic and Tuggeranong. 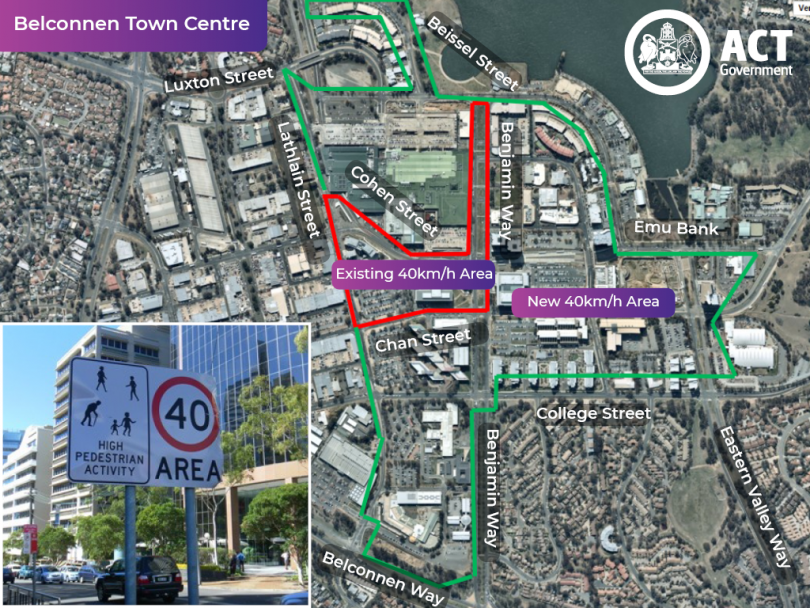 In 2013, the ACT Government implemented the speed limits in all ACT town centres and in all group centres two years later.

A Transport Canberra spokesperson said the locations for the introduction of 40 kilometres per hour areas were identified at centres due to a high level of pedestrian movement and a minimum of 400 metres of retail and commercial development along local roads.

“Reducing speeds in residential areas and shopping precincts makes the road system safer for all users and encourages more regular use by vulnerable road users such as pedestrians and cyclists,” the spokesperson said.

“As part of the evaluation process, the local community expressed interest in the expansion of the 40 kilometres speed limit areas to other streets in the town centres, including in Belconnen.”

There are expected to be some minor footpath closures with signage to be put in place to alert road users to the changed traffic arrangements.

The existing 40 km/h speed limits will be expanded to include the following sections of road:

Louise Fitzgerald, Patricia Burns it is 40

I love my car, but good.

Things are slowing down in the ACT.

Were you dropped on your head at birth?

Michael Babb It is all incremental. The parking in Belconnen Mall is falling part. The Mall is a claustrophobic rabbit warren. There are too many traffic lights in Belconnen Town Centre and the list goes on. I can go to Jamison without all the agro.

Nick Scott I am counting the days until October. (Sadly, next year)

franky22 - 43 minutes ago
All pollies want electoral reform that will favour their particular demographic. View
Acton - 1 hour ago
If the Greens think that lowering the voting age to 16 will result in more Green votes, they may be very disappointed. There... View
Community 2

Renee Mae - 58 minutes ago
Yes there are root causes but especially here in ACT we can't ignore rental affordability (or lack thereof). So many women ar... View
Property 25

A major landslide on a regional road between Moruya and Braidwood, in southeast NSW, has virtually landlocked residents, including health...
*Results are based on activity within last 7 days

@The_RiotACT @The_RiotACT
The derelict Commercial Hotel in #Yass is under new management, as the major shareholder of Public bar in #Manuka takes over https://t.co/ss9NhiJQLa (26 minutes ago)