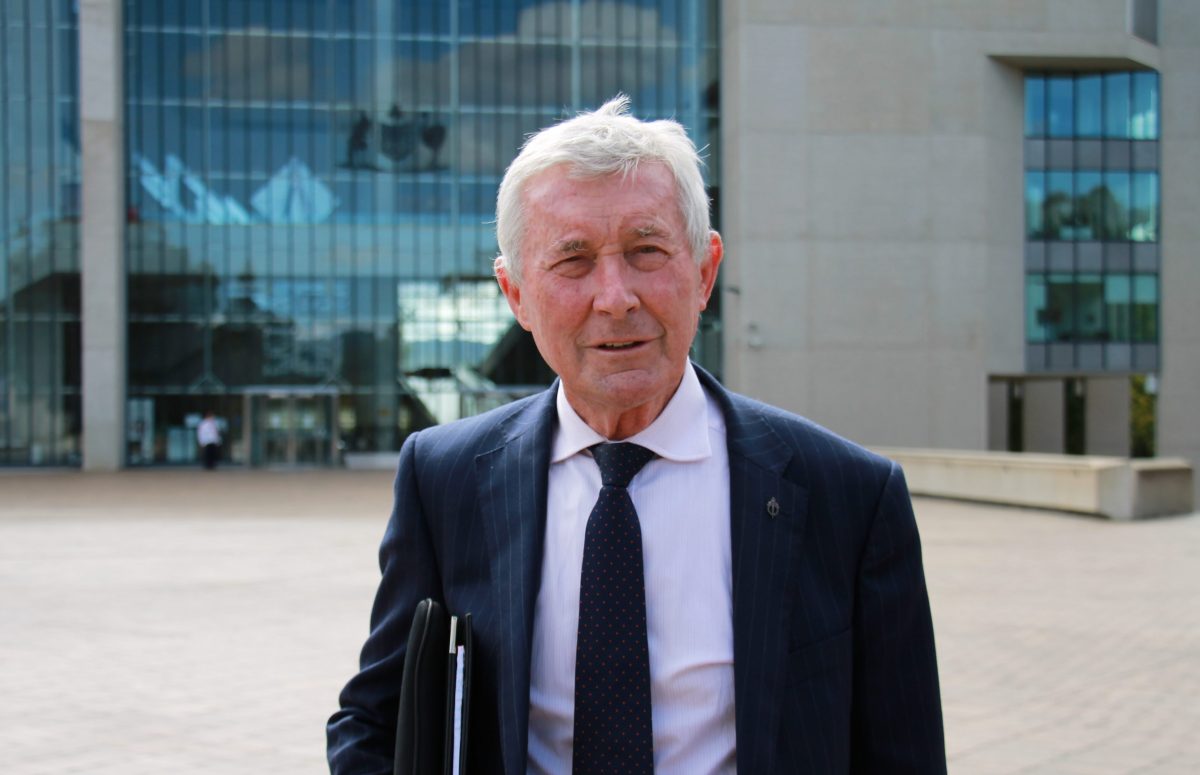 Federal agencies will not have to provide subpoenas to whistleblower Bernard Collaery as the ACT Supreme Court has ruled the prosecution does not have to prove the spying operation he has been charged over was legal.

But on Monday (16 May), Justice David Mossop set these aside, with his judgment summary saying he found them to have “no legitimate forensic purpose”.

He is fighting five charges alleging he breached the Intelligence Services Act 2001 (the Act) by providing information from ASIS to ABC journalists and that he conspired with his former client to give such information to the Timor-Leste Government.

Justice Mossop said a large range of documents would have had to be produced for the subpoenas relating to the “information or matter” that Mr Collaery allegedly communicated.

Mr Collaery argued that for the Crown to succeed in its case against him, it would have to prove this “information or matter” was generated from activities that complied with the Act.

He argued the Crown would have to prove ASIS complied with this Act regarding its function and activities.

Mr Collaery argued he was entitled to contest these matters in his future trial and could be acquitted if a jury had reasonable doubts over whether the activities of ASIS he allegedly disclosed met these rules. Therefore, the subpoenas were relevant to proceedings.

However, Justice Mossop found the relevant section of the aforementioned Act “did not require the Crown to prove compliance beyond reasonable doubt with other provisions of the Act”.

Legislated frameworks for accountability already exist, he said, that accommodated the need for operational secrecy.

He said this suggested the relevant section of the Act should not be interpreted as failing to comply with procedures might mean the small group of people who could breach the Act no longer had to adhere to secrecy obligations.

“Such an interpretation would render the provision ineffective and potentially compromise both ASIS’s ability to obtain foreign intelligence and the safety of its personnel,” Justice Mossop said.

Mr Collaery already suffered a blow in his case earlier this year when Justice Mossop allowed the federal government to provide “court-only evidence”, which is secret information the whistleblower and his lawyers cannot view.

Justice Mossop said the “court-only evidence” would be relied on by the Attorney-General to help decide the extent to which the trial will be conducted in public.

More recently, the government took Mr Collaery to the High Court to prevent an earlier judgement in the case from being released in full.

Witness K was sentenced last year, after which documents were released that shed light on his life.

A good example of the Law and international spying not meshing – not that they were ever meant to. But is the legality of spying really the issue here? Back to basics please.

If we are going to have gotcha questions, has any of the journalistic cadre asked Labor if they would drop this evil prosecution? Or indeed, bring Assange home?