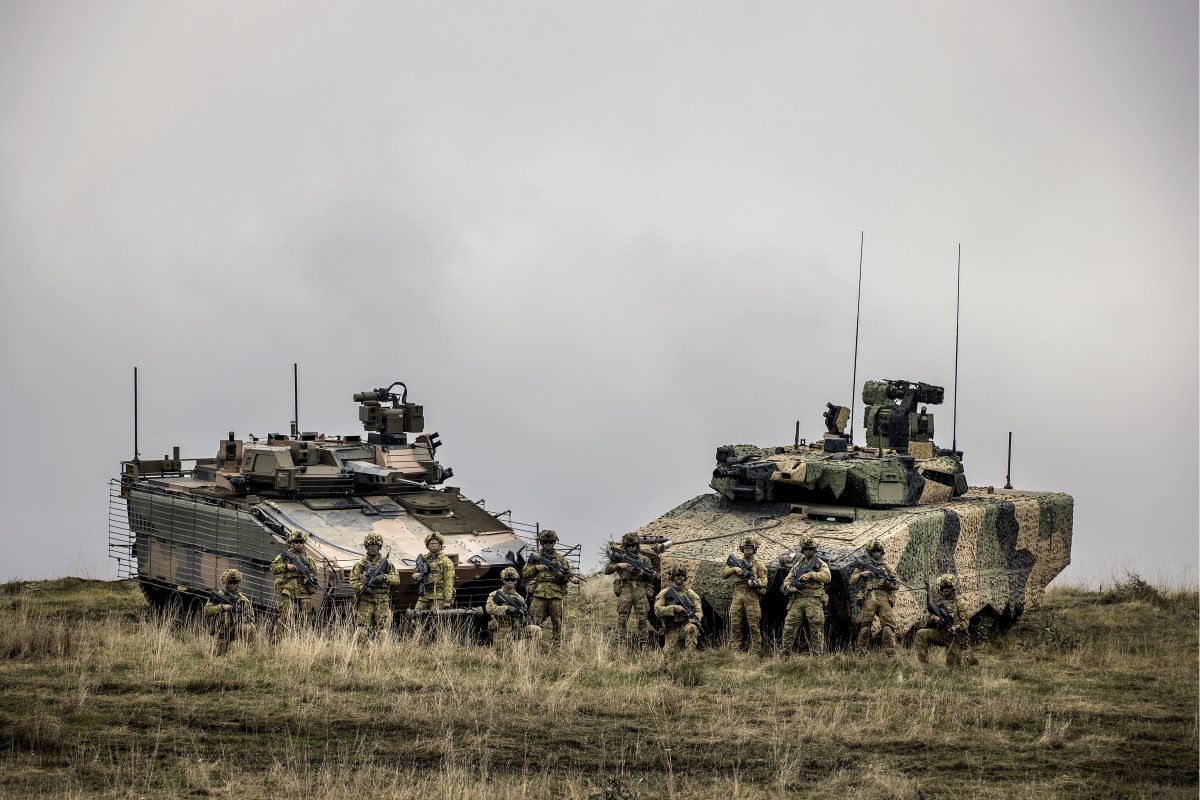 As reported last week, the project has fallen victim to the Defence Strategic Review, with the decision over who the contract will go to remaining uncertain.

The winning contract was meant to be announced last month (September), but the Federal Government has delayed any such news, with some close to the action fearing the whole project has been sent right back to the drawing board.

Defence quietly issued a statement last week that a further delay of the decision for the contract had been applied. It is expected to remain under review until at least March next year when a report on the selection’s status is due along with the entire Defence Strategic Review.

The initial deal was for 450 vehicles and support, with a possible $18 billion to $27 billion price tag, but re-examining appears to be reducing the buy.

The vehicles will replace the current M113 armoured personnel carriers from the 1960s which are no longer fit for purpose.

One source close to the defence negotiations said the delay is causing “extreme distress” for many involved in the process.

“Does Australia want to be a modern military organisation or an increasingly embarrassing laughing stock,” the contact said.

“This delay isn’t warranted and we all just want to get on with the process and reach a decision.”

The government’s reasoning for the delay is that the purchase of new IFVs needs to fall under the Defence Strategic Review in which all of Defence’s potential procurements are being examined.

But the government is making no comment as it is a decision and process being considered by Cabinet.

Defence suppliers have converged on Brisbane this week for the nation’s biggest weapons fair – Land Forces 2022 International Land Defence Exposition — where more than 700 companies are showcasing their military hardware and goods.

Activists, joined by some Greens parliamentarians, are protesting the expo. Security at the event has been sharply heightened.

Our ground troops have been left high and dry for years without sufficient lethality, mobility or protection. It is about time this was rectified. Linking the procurement to the Defence Review is just a smoke screen – pardon the military pun. This is an easy decision and one that is well overdue. The Defence Review will focus on the RAN and RAAF and Army will come out the loser so this is a small easy buy.

Australia should take the same approach with fighting vehicles, as with fighter aircraft: buy what those who the ADF will be fighting alongside use. That would be the Iveco/BAE “Amphibious Combat Vehicle”, now being delivered to the US Marines. This is a wheeled vehicle, and so has some limitations versus the tracked LAND 400 Phase 3 finalists. But it floats, can self deploy on roads, and we can borrow spare parts from the Marines. 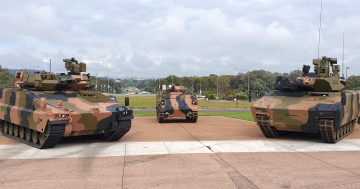