No Signal Releases First And Final Album, Into New Life 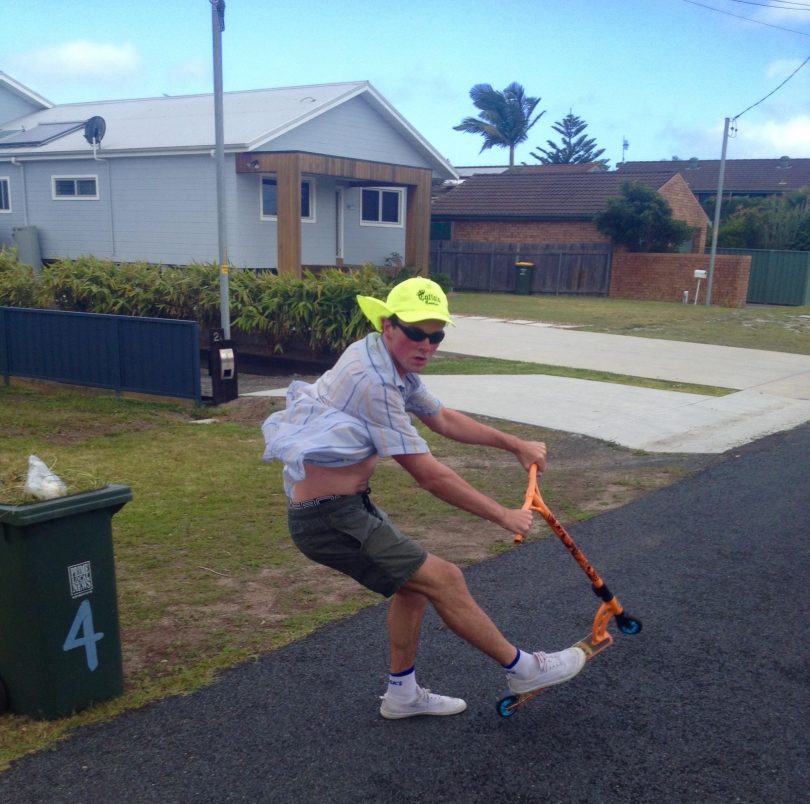 Into New Life is the first full length release for Canberran, electronic musician, Noah Poland, or, No Signal. Recorded entirely in his own bedroom or backyard, the 17-year-old takes influence from artists as varied as Superorganism, Ou Est Le Swimming Pool, Tame Impala and Khalid. No Signal originally formed as a band in a college music class but has since become Poland’s solo project. It is now used as a vehicle to archive the electronic musician’s experiences and growing knowledge.

“I started writing this album at the beginning of July. I’d just returned from travelling to Papua New Guinea for a month and I was beginning my final semester of year 12” says Poland, “…from the beginning of writing and releasing up to now, No Signal has really been a way to learn music. The music in this album is about learning, and the entirety of No Signal music is about trying different things, working out how to show your colour in this boring world.”

Although Into New Life is No Signal’s first full length release, it’s also intended to be his last. The recent high school graduate claims he decided it was time to “reset” and rethink what he wanted to do with music as he moved out of school and into the future.

Nevertheless, as No Signal has been about reflecting the musician’s musical learning and journey, Into New Life, serves as a record of the juvenile chapter of Poland’s life. Now, looking to the future, No Signal plans to take a gap year, work and, despite this being the last recording for the project, starting gigging some tracks off the album. Poland took the time to break down Into New Life and give us an insight into No Signal’s sole album.

“While this is my last release as No Signal I still would really love to get some of the tunes on the album out live. Next year, hopefully, I will get into uni for music and pacific studies. My thoughts for when I will begin releasing music again is possibly 1 to 3 years away, when I’m ready.”

Into New Life by No Signal can be found on all major streaming platforms.