Collaboratively and competitively delivered across the nation
8 November 2022

Not enough spies to spy on the spies 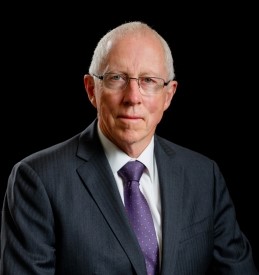 Security vetting of wannabe intelligence officers is taking far too long, leaving many specialist roles unfilled and agencies struggling to keep up with highly technical work.

Inspector-General of Intelligence and Security Christopher Jessup has told a senate estimates hearing that the watchdog he heads can’t employ the number of staff it is funded to employ because of security clearance backlogs.

Applicants he described as promising get tired of waiting for their security clearance and take up employment elsewhere.

Most of the roles are technical and require a high set of specialist skills and such skills are also in demand in the private sector, to which the public service is losing highly sought-after talent.

“The issues that we find with all staff, particularly those with special skills, is that during the period of that positive vetting, they get an interest in doing something else with somebody else, or they get offered another job, and they just disappear out of the pipeline,” Dr Jessup told the hearing.

“We’re at a much greater risk of losing people when they happen to be, for example, a specialist in IT, or someone with accountancy skills, because they are in high demand.

“We are not the only people looking for them.”

Dr Jessup said the wait for security vetting was now taking 18 months, whereas a 12-month wait, which had been previously thought of as ‘long’, was now considered a good outcome.

And there was little by way of updates about when an applicant’s security vetting would be completed.

“We put people in at the front end of the pipeline, and we wait for them to come out the other end,” he said.

The security chief said his agency, which is funded for 57 employees, is sitting at a staffing level about 10 below that number and has been for some time.