Notorious bushranger’s grave may be uncovered in Goulburn’s CBD 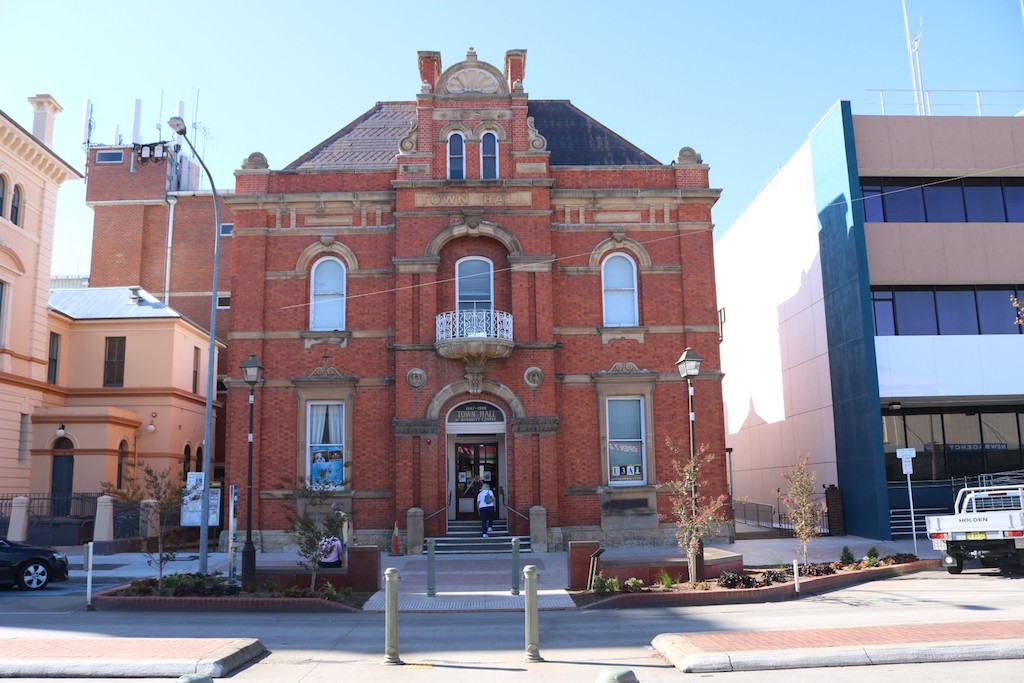 Foundation work near an historic Goulburn building may uncover the body of a notorious murderer hanged nearby in 1840.

An archaeological assessment report has uncovered a significant part of Goulburn’s early history, which may include Whitton’s grave.

The report is a preliminary step to converting the McDermott Centre into a performing arts centre, including demolishing the rear of the building.

The report aimed to identify historical archaeological sites within the study area to assess their significance and surviving conditions, before making recommendations for management and conservation.

Built in 1887, the McDermott Centre is Goulburn’s former town hall. It was extended in 1936, and the site has links to archaeological sites of the former Goulburn jail and former fire station.
Nineteen prisoners were hanged at the Goulburn jail in the 1800s. Of these, the only burial that may be located nearby is the earliest, that of Whitton on March 19, 1840. The Sydney Monitor in March, 1840, described Thomas Whitton as a man who had “a career prominent in villainy and matchless in atrocity.” He was said to have committed many outrages in the Lachlan and other districts in the western and southern parts of the colony.

His execution and burial was recorded in the Australasian Chronicle of March 24, 1840, and the Sydney Monitor on March 25, 1840. All others were buried in consecrated cemeteries.
Council’s archaeological inspections and excavation will be done with consultation from the NSW Heritage Division and NSW Department of Health if the burial of Thomas Whitton is on the subject site.

Mayor Bob Kirk said conserving Goulburn’s history was essential. “We are taking time to ensure that this conservation work is done properly before we move forward with physical commencement of the project,’’ Cr Kirk said. “It’s critical that we respect the social and built history represented by the McDermott Centre and the site.”

A $12 million overhaul of the prominent site will include new reception, bar and cafe to complement a 420-seat theatre, bar and cafe.

The Goulburn Performing Arts Centre proposal has been approved by Crown Lands, and the development assessment is now being undertaken by independent planners. This DA will then be determined by the Joint Regional Planning Panel at a date to be confirmed.

Stuart Hume, a descendant of the Australian explorer Hamilton Hume, comments: In addition to the offences for which he was hanged Whitton also murdered John Kennedy Hume, brother of explorer Hamilton Hume at Gunning in 1840. He had held up the store and Hume left his property to go to the aid of the village and was shot by Whitton when confronted outside the store. Following that Whitton was pursued by a police party joined by Hamitlon Hume and his other brother Francis Rawdon Hume to a place near Tuena where Whitton was captured. He was hung in Goulburn – interesting to see his presence still influences life in our city. Stuart Hume Garroorigang.

I enjoy these tales of the region’s early history John – keep them coming.

There are other accounts about the capture of Whitton, one being the gang was cornered at Grabine Station (near Tuena) and one of the bushranger gang (Russell) was killed in the shoot-out. He was buried near the site of the Bigga school.

The Whitton gang apparently were holding a hostage named Oakes.

At least Whitton wasn’t given the “sainthood” assigned to other bushrangers by some writers in recent times.

Stuart Hume, a descendant of the Australian explorer Hamilton Hume, comments: In addition to the offences for which he was hanged Whitton also murdered John Kennedy Hume, brother of explorer Hamilton Hume at Gunning in 1840. He had held up the store and Hume left his property to go to the aid of the village and was shot by Whitton when confronted outside the store. Following that Whitton was pursued by a police party joined by Hamitlon Hume and his other brother Francis Rawdon Hume to a place near Tuena where Whitton was captured. He was hung in Goulburn – interesting to see his presence still influences life in our city. Stuart Hume Garroorigang.

Chris Cross - 32 seconds ago
Layla Barry almost $1 TRILLION and counting, courtesy of Federal Liberals, who almost scared the nation into recession with t... View
Pam Wood - 3 hours ago
Another rort in progress View
Jason Preston - 16 hours ago
Buying your vote with your kids View
ACT Election 16

Jeff Smith - 1 minute ago
Darron Marks The school closures in the South are not just as simple as 'the area no longer being a nappy belt'. Schools in t... View
Darron Marks - 7 hours ago
Schools being closed I would assume is a direct reflection of the change from the Southside being the former nappy belt of th... View
Evan Hawke - 7 hours ago
Darron Marks Yep, as the Government has been putting in great infrastructure in Gungahlin they have been downgrading the infr... View
Lifestyle 9

Paroksh Datta Prasad - 5 hours ago
Adam Burzynski I called it in 2013 hehe View
Adam Burzynski - 6 hours ago
Paroksh it has begun.... View
Scott Humphries - 22 hours ago
"Braddon of the south" . So the light industry and commercial businesses will eventually be pushed out by apartments, just as... View
News 14