On the caretaker conventions 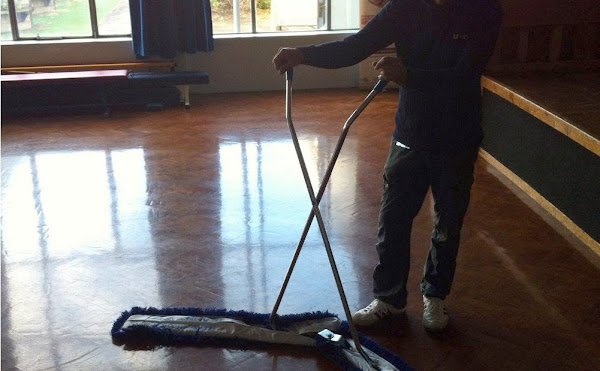 Explainer: what are the caretaker government conventions?

The Coalition has raised concerns that the Memorandum of Understanding with Papua New Guinea over the Manus Island asylum seeker processing deal was entered into after the caretaker conventions commenced.

What are the caretaker conventions?

The caretaker conventions have been adhered to by all political parties in Australia for decades. They set the ground rules for how governments are to behave in the lead-up to the election and in the post-election period until the election result is clear and a new government (if there is a change of government) is appointed. The Department of Prime Minister and Cabinet issues formal Guidance on Caretaker Conventions before each election.

The caretaker conventions started applying to the Commonwealth government at 5:30pm on August 5, 2013, upon the dissolution of parliament.

Why do the caretaker conventions exist?

There are two rationales for the operation of the caretaker conventions. The first is that once parliament is dissolved, ministers are no longer “accountable” to parliament for their actions and should therefore be constrained in the way they behave.

The second rationale is that it is unfair if a (potentially) outgoing government can bind a future government just before it comes into office. If it could do so, a losing government could leave all kinds of booby-traps or impose enormous financial commitments upon its successor.

The caretaker conventions are intended to avoid unfairness and to constrain potentially inappropriate actions while parliament is dissolved and until the newly elected government takes office.

What limits apply to government actions during the caretaker period?

During the caretaker period, the ordinary administration of government must continue. It is only in relation to particular high level matters that there are any constraints. The conventions therefore provide that during the caretaker period the government should not: take major policy decisions that are likely to commit an incoming government; make significant appointments; or enter into significant contracts or undertakings.

Deciding whether a policy is major or an appointment or contract is significant is a matter of judgement. There are no hard and fast rules. Factors include whether or not it is a routine or contentious matter, whether it commits government resources, whether it involves large amounts of money, the length of any commitment and whether or not it can easily be reversed.

If circumstances arise where a major decision has to be made during the caretaker period (for example about whether to commit Australian troops to military action or whether to provide emergency relief to deal with a natural disaster), it is customary for the government to consult the Opposition to try to find a mutually agreed position.

What are the consequences of a breach of the caretaker conventions?

The caretaker conventions are just conventions. They are not law and are therefore not legally binding limits on the powers of the government. Ministers still have the formal power to enter into contracts and make decisions as long as they continue to hold office. There are therefore no legal grounds to challenge the validity of contracts or appointments simply because they are made during the caretaker period.

For example, in Canada in 1896, after the Tupper government had lost the election but before a new government was sworn-in, prime minister Charles Tupper advised the governor-general to appoint a number of senators and judges. The governor-general refused and left it to the new government to advise upon filling the places. Equally, South Australian premier Don Dunstan sought the appointment of a new governor days before the election in 1968. However, the appointment was deferred until after the election, and the incoming government decided to appoint someone else.

What about Manus Island?

The Memorandum of Understanding with PNG is a borderline caretaker convention issue. It was reportedly entered into by Australia’s representative before 5:30pm on August 5 when parliament was dissolved, but was not executed by the PNG government until afterwards.

Given that the issue is when the decision of the Commonwealth government was actually made – rather than the decision of the PNG government – it would appear to have been made and formally executed before the caretaker period commenced. Hence it would appear not to be a breach of the conventions, even though it came very close to the line. Even if it had crossed the line, this would not be grounds for a legal challenge as it would only have breached a convention – not the law. Any consequences would be political.

Anne Twomey receives funding from the ARC and occasionally does consultancy work for governments and inter-governmental organisations.

So in other words it’s nothing more than an agreement that one mob won’t screw things up for the next mob in the hope that the next mob return the favour.

‘Explainer’ is a preternaturally ugly word.

James Nomis - 9 hours ago
Justin Watson Ummm, yeah...the blocks are smaller and the inclusions are modest. It's the first rung on the housing ladder fo... View
Justin Watson - 13 hours ago
It is impossible to make pockets of affordable housing, without cutting the block size or something else. You can't sell a ho... View
News 6

Pip Cleary - 13 hours ago
We drove down on the weekend and had mobile reception (Telstra) nearly the whole way down. I presumed it was because of the l... View
Ricky Toms - 14 hours ago
Hopefully Vodafone View
Ann Parker - 18 hours ago
A lookout would also be lovely View
News 6