On the Foodie Scene: The Canberra 5 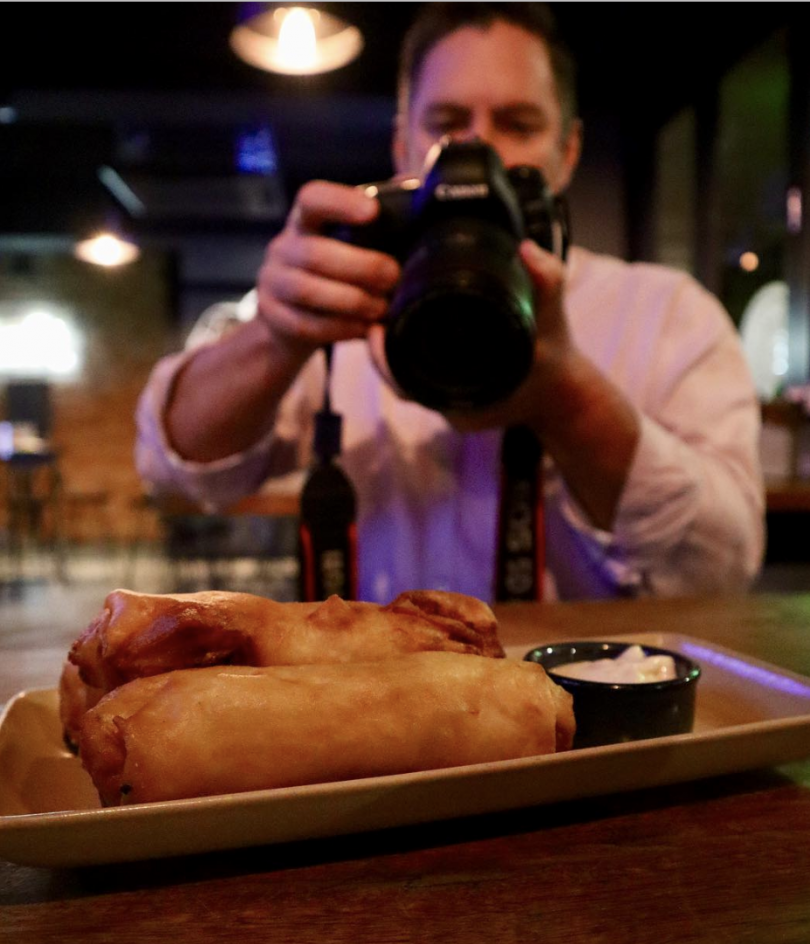 Miguel from The Canberra 5 takes his time for the perfect shot. Photos: @thecanberra5

Have you ever felt in the mood for a fantastic feast but struggled to make a decision as you scroll frantically through Canberra’s almost-limitless food options? Ever felt it would be easier if someone gave you a list of the top five eateries that cater to your likings in a punchy, creative short-video format?

Enter The Canberra 5. Developed by work buddies, Michelle and Miguel just over five months ago, The Canberra 5 publishes short videos (vlogs) featuring the top five best places to eat and visit in Canberra.

According to Michelle: “The idea was basically to do something unique through the vlogs because nobody really in Canberra seems to be doing that. [And] we love Canberra as well. Miguel came up with the hashtag Canberra proud and that really sums us up because we love this city and we love exploring it and sharing it with people.”

Having both been born in the Canberra region, life has taken them far and wide including to places like New York and South America, but they always seemed to make their way back to the Aussie Capital. 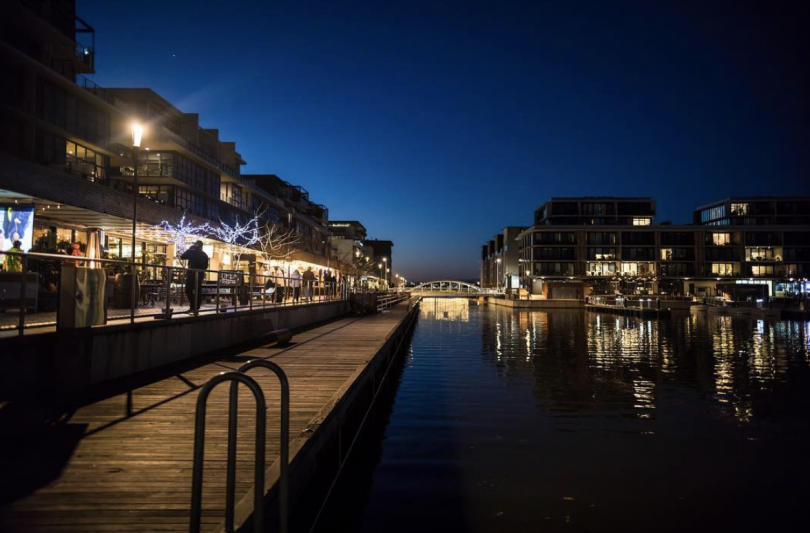 Michelle and Miguel try to source content where ever they go in Canberra.

For Miguel, Canberra is just a ‘different place’ and The Canberra 5 became an avenue to share that. The website and succeeding Instagram account encapsulates ‘Canberra life’, featuring anything from the top five best eggs benedict in Canberra to the top five reasons to check out the Handmade Markets.

“The vlog isn’t just food. At the moment, it’s had more of a food focus because that was a great way to start it. But it’s food and lifestyle and family and kids.”

The Canberra 5 concept is an extension of Michelle’s and Miguel’s love for lists. It sparked from the joy of seeing the ‘top five of something’ and initiated the idea of creating little digestible videos that are professionally produced. Miguel explains,

“One day Michelle came to me and showed me this video of someone who created this list of five playgrounds in Melbourne and we just thought when we had young kids that would have been something that was really good and because we both worked in media we kind of took that and ran with it. The social media just kind of followed naturally, it was a means of promoting the vlogs and the website.” 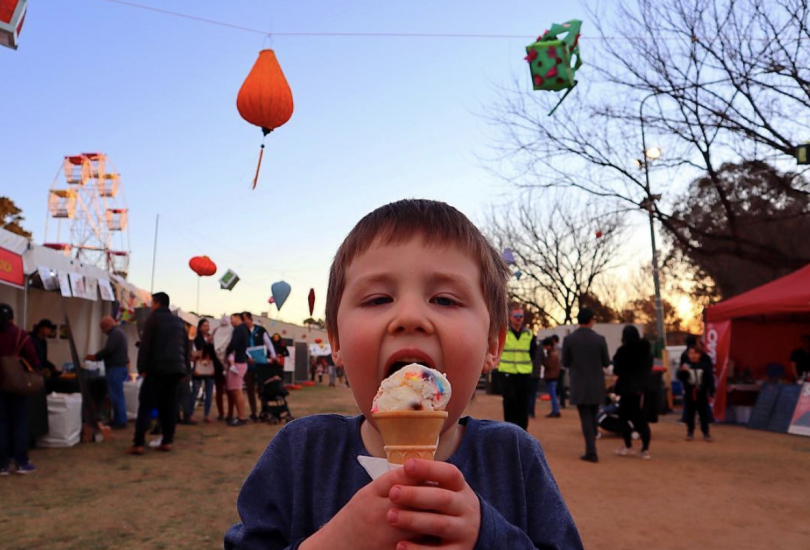 Having a media production background, Miguel and Michelle know how to take emotive and engaging photos.

With a professional background in production (with Miguel also owning his own video production company called 10Pencils) the pair had the basic ingredients to create something original and fresh on the Canberra online foodie scene. It’s no wonder that The Canberra 5 Instagram page is consistently growing, accumulating over 1600 followers since its launch back in July.

Both are also passionate foodies, especially Miguel, who stands by the philosophy that food should be enjoyed because it is something we consume daily and something that shaped the way he grew up.

“Growing up in Canberra I always knew we didn’t have much money. I never had the best sneakers and we probably didn’t even have the second-best sneakers. But something we always had was really good food. We would come home and my mum would just cook this amazing food and that was her forte.” 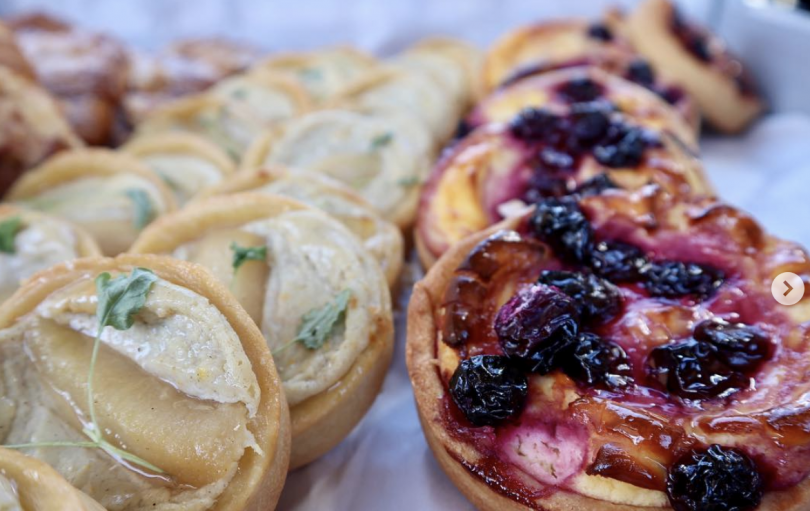 Sharing their love for local food is what Miguel and Michelle love to do.

For Michelle, it is the ‘experience of eating out that counts’. She explains that eating out is just as much a ‘social activity’ as it is about feeding your body. It’s not always just about the food but everything that comes with it including the people, preparations, and presentations.

Both Michelle and Miguel are acutely proud of how the food culture in Canberra has changed in the last few years. In Miguel’s words, Canberra has evolved from an innocent child into an influential adult.

“Canberra is such a great food place. It’s become this amazing city. It’s always had these amazing restaurants but over the last decade it’s just been transformed and I want everybody to know that. [Canberra] was like this little kid, there were some nice restaurants around but you could count on your hand really how many good restaurants there were. Now it’s just impossible …it’s like this little kid has just become a full-grown adult with a little family. It’s a great place to be now”

Among Miguel’s and Michelle’s lists of booming areas in Canberra are local brewery’s from Bentspoke to Capital Brewing Co. Michelle sees the foodie boom as a result of the supportive nature of Canberrans, who are ever-enthusiastic and willing to try out new things.

“Everyone is just so supportive of each other. We did a top five street food video and I think street food has really picked up in Canberra. You have all these little pop-ups that happen and festivals and people here just embrace it.” 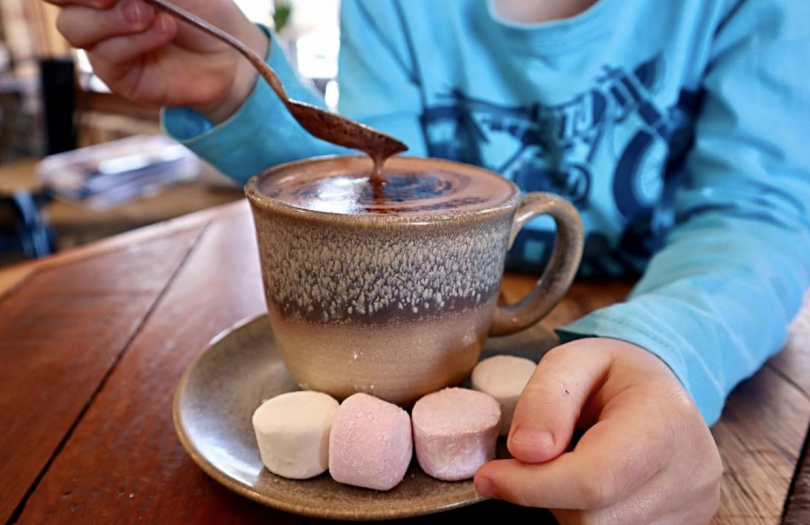 On the top five list for best places in Canberra is Kynefin.

While The Canberra 5 is just a ‘side-hustle’ for the power duo, it’s nonetheless one that has left an imprint in their lives. For Michelle, this includes simple things like going out and spending time with their families on the weekend where she suddenly can source great content to share.

“There was the Canberra Moon Festival a couple of months ago and we just took the kids there for the afternoon and they had a ball and I got some nice pictures while I was there and basically just living our lives but taking a lot more photos. We always have to take photos where we eat so we do feel sorry for our friends and families because their food goes cold while we are trying to capture some shots.”

So, what suggestions do these Canberra locals and avid foodies have for the rest of us hungry folks? Trev’s @ Dickson for their innovative breakfast menu, Kynefin in Hall for their creative concepts, 1882 Bar and Grill for their ‘different vibe’ making it a great place to take visitors, and Capital Brewing in Fyshwick for their relaxed atmosphere where the kids can run around while you indulge in locally sourced food and beer.

4 Responses to On the Foodie Scene: The Canberra 5
Filter
Showing only Website comments

Have a look at Intra in Campbell – fronts Provan Street. Excellent cold brew and interesting jaffles e.g. Kimchi. Some Japanese or Korean influences. I have no relationship to anyone at the café.

Thanks for the great article, Branka and The Riotact!

Great work Miguel and Michelle. I love seeing your videos to know where the new hotspots are.

Michael Hardy - 10 minutes ago
it needs to be moved View
Më Batterbury - 5 hours ago
I think 50 is ok but 40 is just ridiculous View
Jazzy Dhooria - 5 hours ago
You voted them in... Just sayin View
Property 1

JS9 - 2 hours ago
Any actual evidence to support a claim of a 'mass exodus' to Queanbeyan to shop? There must have been some either exceptional... View
chewy14 - 2 hours ago
JC, I asked how this was in ways different to the National Plan as you claimed. I agree with you that the quick changes that... View
HiddenDragon - 3 hours ago
In the cosily predictable, symbiotic ecosystem which is the ACT politico-media complex, the unambiguously critical lead story... View
News 5

jorie1 - 5 hours ago
Are you sure that it is current renters buying properties? The research I have read shows that many people who rent will do s... View
jorie1 - 5 hours ago
Hi Assiduous, I do agree that $500 per week is a lot of money - but the majority of that money goes to the ACT government in... View
assiduous - 5 hours ago
$500 per week is not low - it is enough to build a modest detached family home every 10 years. It is a reflection of Australi... View
show more show less
*Results are based on activity within last 7 days