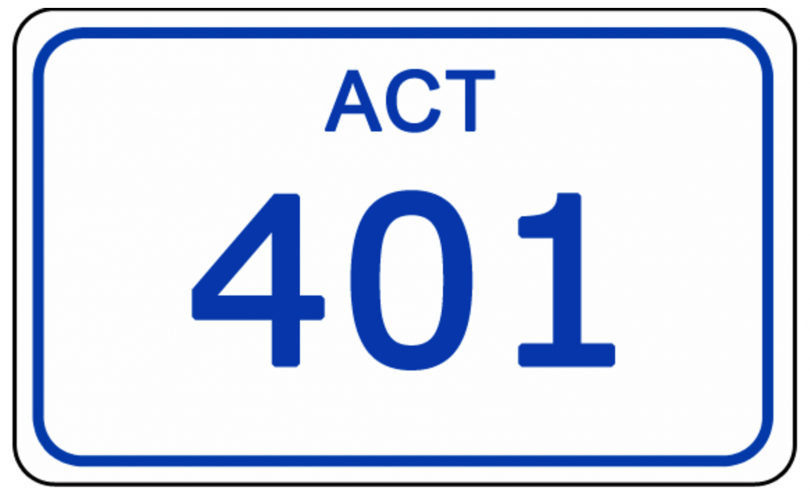 Collectors of three-digit Canberra number plates are in luck, with recent auctions fetching up to $20,000 per plate.

No longer available from the Road Transport Authority (RTA), one to three digit plates have become incredibly sought after. According to Access Canberra’s “Check Registration” portal, every conceivable variation of single, double and triple digit Canberra number plates do exist, and are privately owned.

The ACT registered plate for a single “1” is currently owned by a private vehicle, and was reportedly purchased many years ago for over $65,000.

Allbids, who currently have a number of three and four digit plates for auction, have seen an increase in buyers and sellers for unique plates over the last few months.

“The lower the numerical number of the plate, the older in circulation it is, and the more valuable it is,” says Rob Evans, CEO of Allbids. “People are not really sure what their number plates are worth, so instead of guessing a price and selling it through Allclassifieds, they’re opting to sell via auction on Allbids.

“The number plates that we have now are from a number of collectors and a deceased estate. Some have been on cars, others in storage. We’re giving bidders plenty of time (two weeks) to determine the best price, and every one of them is attracting significant interest.”

Rob says that once the plate is sold, the buyer pays a small transfer fee to put it in their name, and then can keep the plate forever either as a collector’s item or as the official registration plate for their car.

“We have a real community of car lovers here in Canberra, and extraordinary cars demand extra-ordinary number plates.

“We’ve been contacted about selling many more number plates, which will go up in the coming weeks. Even quirky name plates and original-numbered raider plates can fetch a good price.”

To check out the 3-digit and 4-digit number plates for auction on Allbids, visit Allbids.com.au.

After 999 the original plates then went to one and two numbers followed by a space then three numbers until 99 999 was reached. In 1968 the Y series was started.

It’s not the actual plate that is worth the money. It is the right to display/use the low number that people are paying for. The actual plate can be remade relatively cheaply in whatever format (plastic, metal, colour) the owner desires.

Actually John,
The highest all-numeric ACT number originally issued was 99-935. Many years ago I acquired the unused/unissued pair of 99-936, but included them when I parted with my entire FCT/ACT ‘Heritage’ plate collection. AS far as I could ascertain the unissued/unused white/blue 99-937 to 99-999 plates were simply scrapped, albeit I cant discount that no others were souvenired at the time. So anyone now having 99-936 to 99-999 in a modern reflective or plastic style, in essence has a personalised plate, and not a re-made original non-reflective white on blue Heritage Plate, albeit ACT RTA is unlikely to see such a subtle distinction….

After 999 the original plates then went to one and two numbers followed by a space then three numbers until 99 999 was reached. In 1968 the Y series was started.

Sorry to keep correcting you John, but the standard issue FCT plates and then ACT all-numeric plates 1 to 99-999 were always non-reflective WHITE numbers on a Dark Blue background up until the ACT was the first jurisdiction in Australia to introduce REFLECTIVE Plates, in the case of the ACT being Blue on reflective white sheeting as supplied by the 3M company in the new alpha-numeric series commencing YAA-001 onwards. The YAA series was initially reserved for those already having all-numeric 1 – 999 plates trying to encourage owners to give them up but of virtually zero interest/uptake, instead those wanting to retain their all numeric plates did however have to get them remade in the new blue on reflective white style over a 12 month period of grace. But my point is that the original all numeric plates were NEVER white on BLACK, although these days if you were so inclined you can have them remade white on black in a Plastic plate….

Heidi Kark - 28 minutes ago
Simon Trommestad I believe your example to be logically consistent with what I’ve said above- In that the death would still... View
Jonny Ivan - 3 hours ago
write this year off View
Joanne Mitchell - 5 hours ago
David Warwick and why did they remove the mask mandate two weeks before the first case while Sydney’s numbers were still cl... View
News 47