Senate report found outside staff were doing work that should be part of the public service’s core business. Photo: File.

The increased use of outsourcing and short-term, temporary staff has eroded the capability of the Australian Public Service and allowed labour-hire companies to “pillage the public purse”, a Senate committee has found.

The Second interim report: insecurity in publicly-funded jobs from the Select Committee on Job Security blamed the Coalition Government’s average level staffing cap for the over-use of temporary workers, whose hire came at a considerable mark-up to agencies.

The Community and Public Sector Union had told the committee that Government’s approach had caused the outsourcing of knowledge and policy, compromised service delivery, eliminated good jobs and harmed the communities who are reliant on them, and abandoned the role as custodian of a career public service, and the institutions and norms which Australian democracy relies upon.

The report said that it was clear that outsourcing did not deliver cost savings for the Australian taxpayer.

“While the agencies have highlighted that external and casual workers are cheaper and easier to hire and fire, labour-hire companies and outsourced service providers have been allowed to pillage the public purse through excessive profit margins, meaning not only is the Australian public receiving a degraded quality of service, they are also paying more for it,” the report said.

There was evidence that labour-hire workers cost at least 20 per cent more than directly engaged staff. At the Australian Maritime Safety Authority, the mark-up was 23 per cent.

“The contention by the Australian Public Service Commission that such mark-ups deliver value for money because they make it easier to hire and fire workers as needed is the clearest indication yet that the APS is not being managed in the best interests of APS workers or taxpayers,” the report said.

The committee was also concerned about the lack of data or tracking about the cost of labour-hire in the APS.

“There is a lack of transparency around the engagement of labour-hire and other external workforce arrangements in the APS, and it is particularly concerning that a centralised record of labour-hire headcount and expenditure is not recorded by either the APSC, or the Department of Finance,” it said.

The committee recommendations included scrapping the ASL cap, taking ongoing and regular work back in house, rebuilding skills, and capping the amount spent on consultants and contractors.

It recommended that agencies only use outside staff when the work is genuinely short-term and not ongoing.

Coalition members of the committee produced a dissenting report saying that hiring outside staff was crucial to managing surges in demand and delivering the necessary services to the Australian public at the standard expected.

“Surge demand being managed with temporary, flexible employees is the best outcome for efficiency of taxpayer-funded services, for those employees valuing the dynamic and flexible contracts,” they said.

It is unfortunate but in many ways the APS has lost the battle when it comes to bringing in a wide range of capabilities back in house. Since the Rudd era, and every government since, focus on outsourcing has resulted in all the senior experience leaving and when you couple this with their reluctance to invest in skills and knowledge development you have lost all of the base on which to rebuild.
In comparison all the large outsources have seized on the opportunity, are investing in their people and capability development. They have been stripping all the best graduates for years now and as a result the APS is completely unattractive to many coming into the workforce.

Its cheaper to have an in-house trained pool of staff that can move with need. I think you can see evidence is increase of labour hire in departments which are going to be restructured. There is big risk involved in using labour hire staff in the wrong context, this is where you see the problem highlighted. Despite the concept of casual work being legally played with you still need an appropriate reason to let someone go whether labour hire or not.. as you need to prove its not discriminatory, based on fact etc. Atleast the staffing cap has been lifted.. now its not promoting mates etc that are unskilled.. because that was really unhealthy.

S550 of the fair work act, doesn’t matter how you structure it there is no avoidance. 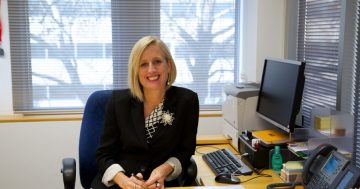 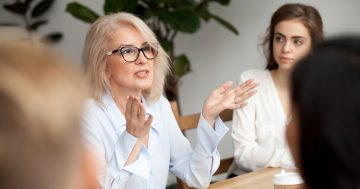